Doughty: McDavid “owned me” and “kind of showed me up” 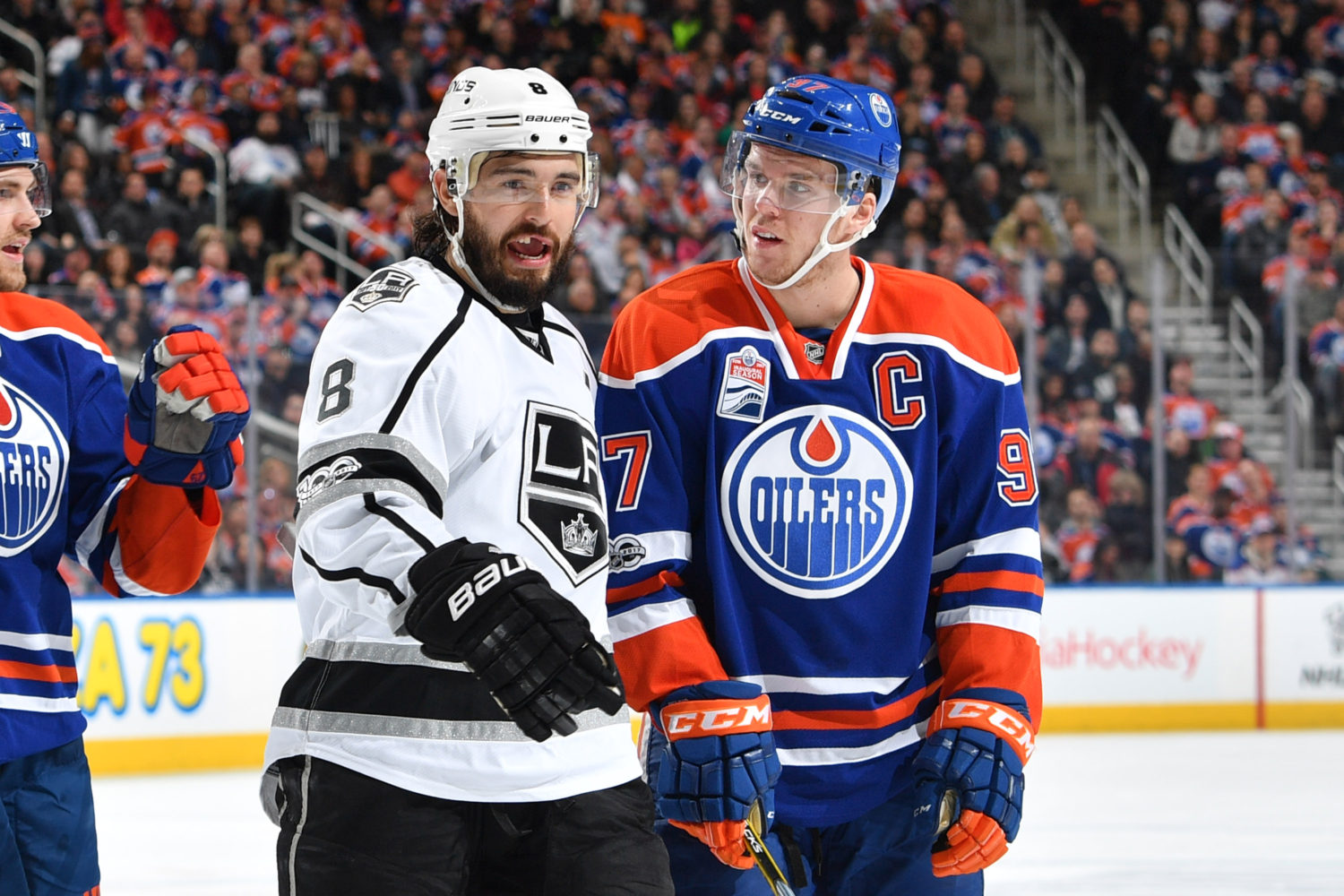 The Los Angeles Kings are in transit to Edmonton, where they’ll face the Oilers at Rogers Place Tuesday evening. The Kings dropped a 2-0 decision in Oil Country one week ago today, and in addition to needing to accentuate their five-on-five scoring, they’re also going to need to try and put a clamp on Connor McDavid, who was dazzling to watch in Edmonton’s win.

Los Angeles spent a lot of time watching as McDavid, a generational superstar, who was lightning quick in transition and succeeded in getting through several defenders to set up a variety of first period scoring chances, including Patrick Maroon’s eventual game-winning goal 64 seconds into the game. Drew Doughty wasn’t among the innocent.

“Yeah, you definitely need to slow him down in the neutral zone,” Doughty said, a task of containment that begins with the forwards. “Last game there were many times where he kind of got through the neutral zone with a lot of speed and then you have your D who are pulled back from the other forwards, so therefore you have no gap on him and when he’s got speed, you’re kind of like a deer in headlights. You kind of have to guess at what he’s going to do because he’s moving at such a high speed.”

“Last game he got around me pretty easily one-on-one, and yeah, I’ve got to play him better one-on-one, but you need a little help from other people to slow him down a little bit because he is hard playing against going full speed.”

Doughty, as has been chronicled, likes to talk. This isn’t any sort of an issue; lots of players across professional sports use chirps and timely quips to get underneath the skin of their opponent.

And McDavid isn’t exempt from pleasantries to outright trash talking.

“Oh yeah, [I talk to him] all the time,” Doughty said. “I feel like I had his number up until the last game and I always let him know that, that I felt that way, and he had mine last game, so he kind of showed me up.”

It’s hard to pin down the Edmonton wunderkind on the spectrum of on-ice conversation.

“He doesn’t say too, too much. He’s a quiet kid,” Doughty said. “But I’m the type of guy that likes to kind of get in people’s faces a little bit and chirping ‘em and stuff like that, so it makes me play better a lot of the times. It gets me into the games, and I think a lot of times throws the other players off their game, but in that last instance with him I obviously didn’t throw him off, because he owned me.”

Such discussions aren’t necessarily a distraction. Some capable of yapping, such as Doughty, will say that it helps them get into the game, and perhaps get the upper hand on their opponents. For Doughty, that’s usually in the form of missives to other top-tier defensemen.

“Obviously P.K. comes into town, he’s bickering back and forth with me,” he said. “Karlsson, Burns, Duncan Keith, guys like that. Roman Josi, we kind of bicker back and forth at each other after breaks. We know that the competition is for one of the two of us to try and be the best defenseman on the ice, so we’re trying to gain the edge somehow.”

Often, though, the most clever exchanges take place within the dressing room. A lynchpin of dressing room jocularity is Matt Greene, who has been injured through most of the second half of the season but has remained in close quarters with the group and will travel to Western Canada with his teammates for the second week, though he won’t play. Multiple players referenced Greene as the funniest player on the Kings, a distinction he has held for years.

As for the relative newcomers to the team, Nic Dowd noted former Manchester and Ontario teammate Paul Bissonnette as among the most entertaining players he’s shared a locker room with, while Ben Bishop was quick to reference former King Derek Armstrong, a teammate of his with the Peoria Rivermen in 2009-10.

“I don’t know if there’s even a close second,” Bishop said. The goalie also noted that Doughty’s verbal cues make him “easy to play with.”

“He’s a world-class player and it’s fun to get a chance to play with these guys,” he said. “You can see why he won the Norris trophy last year and he’s a real good communicator … on the ice and off the ice.”

Drew Doughty, on whether guys ever say anything on the ice that make him laugh:
Oh yeah, all the time. Sometimes you’ve just got to tip your hat and, you know, the guy got you and that’s just the bottom line, so yeah, there’s been times where I can’t help but laugh and you try to hold in the laugh because you don’t want anyone seeing you laughing, but sometimes I can’t hold it back. 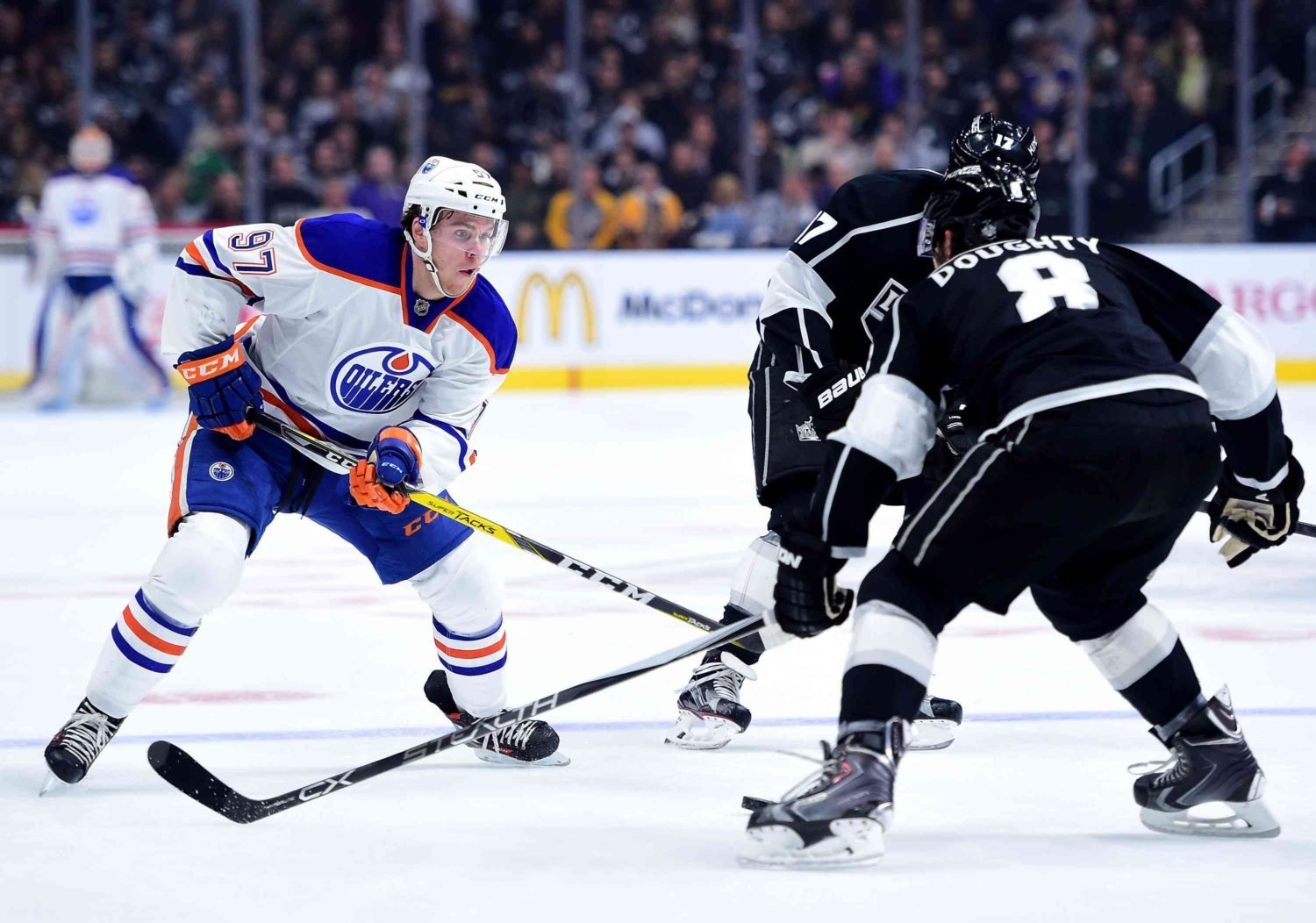