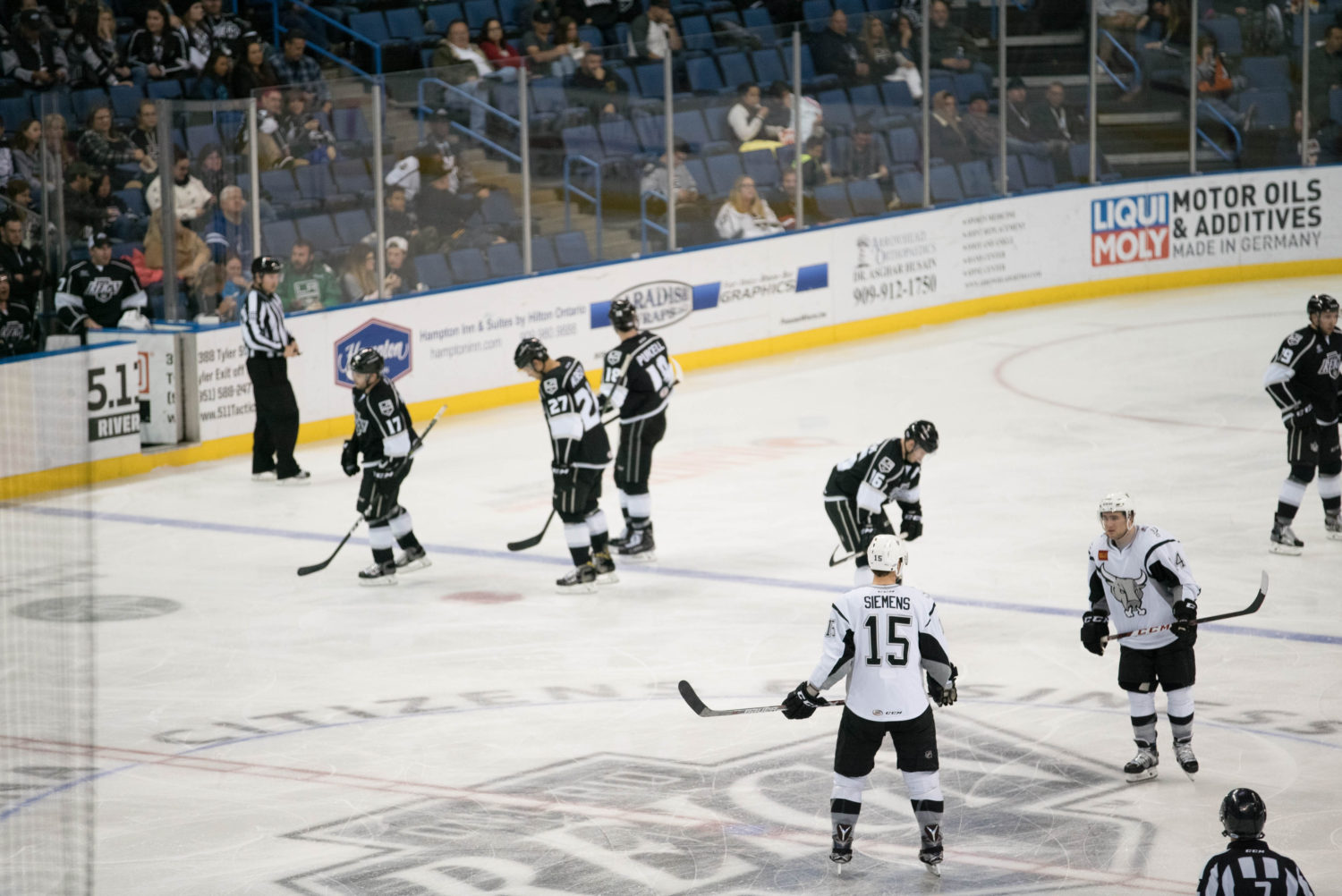 Michael Mersch, on working through not scoring in the first to capitalizing early in the second:
I think you notice when we won the last two games at home we outshot the other team. When we grind away and play in the offensive zone success is gonna come.

Mersch, on how hard it was to be shorthanded seven times with key killers like Auger out:
Augs blocks shots like no other. I think that’s how he got hurt, I don’t know. But Schills made a good block at the end of the game. All that stuff plays into each other. Penalties are going to happen. Situational, depending on the refs each night. Each refs are different. Yeah, you’d like to have those two that they scored back.

Mersch, on how much emphasis going in was put on scoring the game’s first goal:
Yeah, that was said. Try to focus on getting the game’s first goal. We’d like to have put ’em away on the power play there in the third period. That’s somewhere where we can focus on getting better at. We’ve got a good power play, we’ve got some guys that can do that so we expect to do that.

Mersch, on his shorthanded game-winner and what he saw on the 2-on-1:
I think about it before the game, where I’m going to go if I get a 2-on-1, depending on which side. Don’t want to give up too much because you never know who’s going to read it.

Quentin Shore, on working through not scoring in the first to capitalizing early in the second:
I think it’s just something we’ve got to talk as a group and stick to our game if we do that. We were getting good chances, they’re not going in, that will happen for twenty minutes. If you stick with your process you’re going to hope good things will happen. [Reporter: Was that the message between periods?] Yeah. Just stick with how we were playing and hopefully pucks will start going in the net.

Shore, on scoring his first AHL goal and how the play developed:
That’s a nice one to get. A little weight off your shoulders. I think it was a great play by Ciampini. Threw a nice sauce pass to the point and Lintuniemi with just a really good shot. Was easy for me to tip and I was just lucky enough it got past the goalie.

Shore, on the difficulties the team faces when having to kill so many penalties:
I think our penalty killers did a great job tonight but we don’t want them working that hard. We probably want to take a few less penalties and hopefully we can do that tomorrow so they don’t have to be overworked. [Reporter: A lot of work for them tonight.] Yeah, they did a great job. It was a lot of work for them and they handled it really well.