March 22 practice notes; Brodzinski on his way up?

Good afternoon to you, Insiders. Shortly before 10:00 a.m., a full Kings group took the ice at Toyota Sports Center and aligned as such up front:

-There were your typical rush and flow drills that opened up practice, followed by full-ice transition drills that incorporated odd-man rushes and encouraged burying the puck. As players trickled off the ice, more individual skill work took place. Nick Shore took the ice in a red jersey at the conclusion of the Kings’ skate and got some one-on-one work in. There’s no timetable yet for his return.

-It’s sounding like Jonny Brodzinski could be getting his name called. Reign Insider Lindsay Czarnecki shared a note earlier today based on her contacts that the team has informed Brodzinski of his recall to the Kings, and I’m told that this news should be announced tomorrow morning. Brodzinski has been on a tear with Ontario as of late, totaling 11 points (5-6=11) and a plus-four rating over his eight-game point streak. A fifth round pick in 2013, Brodzinski would be the latest of the St. Cloud State contingent to make the Kings, joining Nic Dowd and Kevin Gravel. (Prospect and 2016 fifth rounder Mikey Eyssimont just completed his second consecutive 14-goal season for the Huskies, and as a Broncos fan, he already has made significant inroads with LAKI.) All reports I’ve heard on Brodzinski since the Christmas Break have been thoroughly positive; in 56 games, the forward with good wheels and a crackerjack shot has 25 goals, 47 points and a plus-six rating. (Ever since reading “crackerjack” as a way to describe a very good wristshot some 10 years ago, I’ve been weighing whether or not to use it myself. DONE AND DONE.) Because we’ve passed the trade deadline, there is no maximum number of players a team can have on the active roster, provided the team remains below the salary cap ceiling. This is a way of saying that a corresponding move would not need to take place.

-Dustin Brown, would you have liked to have seen a different response when Drew Doughty was elbowed in the face by Matthew Tkachuk? “It’s one of those plays that you don’t want to see happen, especially one of your top players. I’m not really sure what happened right directly after,” he said. “Yeah, there probably should have been a response with anything like that, but it’s a fine, fine line because you don’t want to see a player take liberties with one of our best players, and at the same time, in a game like that, at the end of the day we need two points. Like I said, it’s a very fine, fine line.”

-Kale Clague is a First Team Eastern Conference All-Star in the WHL. In a season in which he stepped into a wide role with the Canadian World Junior team, Clague returned from a leg injury suffered in the second pre-season rookie game in Arizona to post five goals, 40 points and a minus-8 rating over 48 games with a Brandon Wheat Kings team that ended the year with a 31-31-7-3 record. Clague and Brandon will face Medicine Hat in the first round of the playoffs; the Tigers weren’t keen on losing past regulation this season and led the Central Division with a 51-20-1-0 record.

-The Winnipeg Jets, tomorrow’s opponent, are coming off a 3-2 win over the Flyers. Their big guys were getting things done.

#NHLJets C Mark Scheifele on the success of his line with Blake Wheeler and Mathieu Perreault, which combined for 3 G, 8 P on Tue pic.twitter.com/LCKKAqPayU

More on the Jets in tomorrow’s morning skate notes. 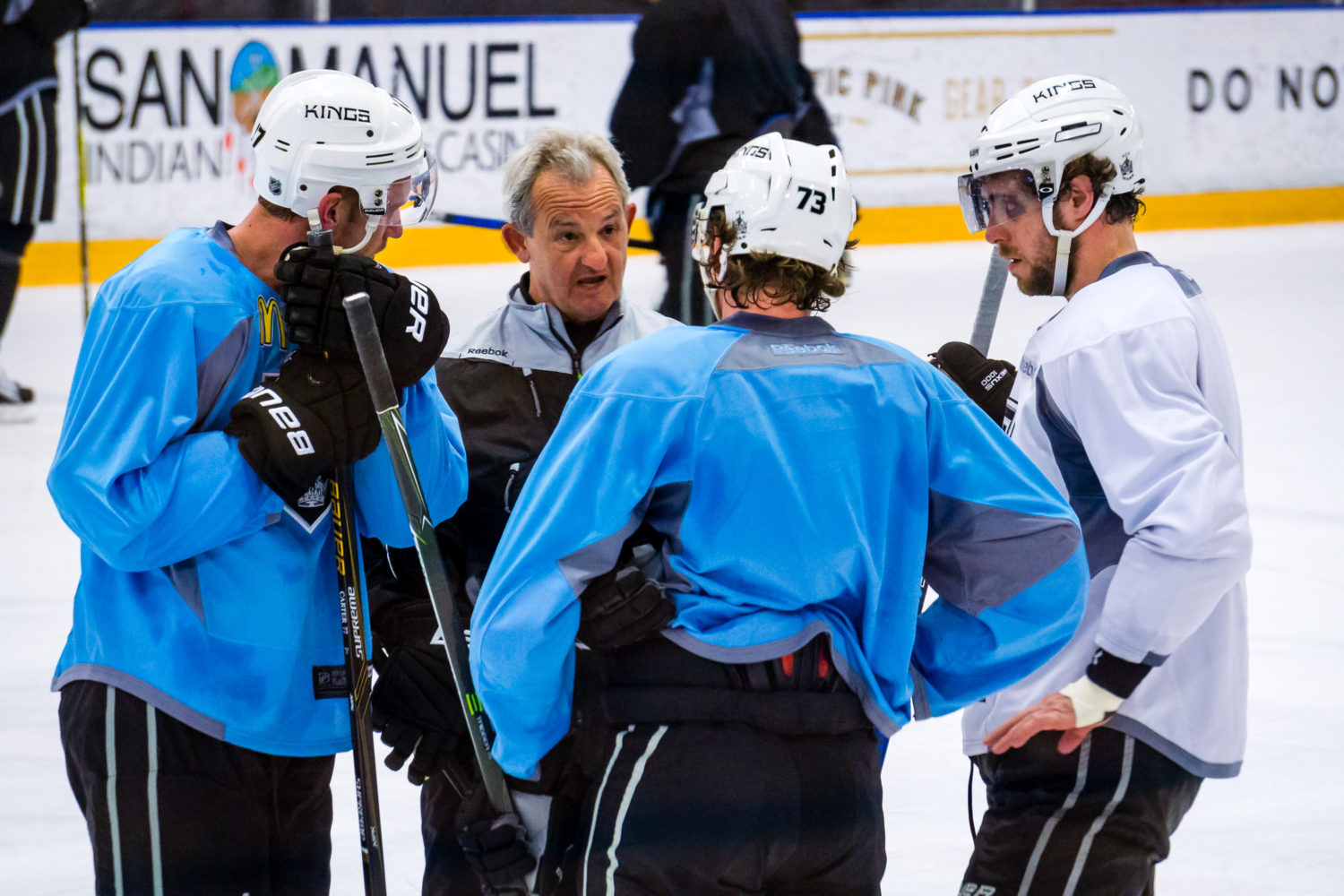 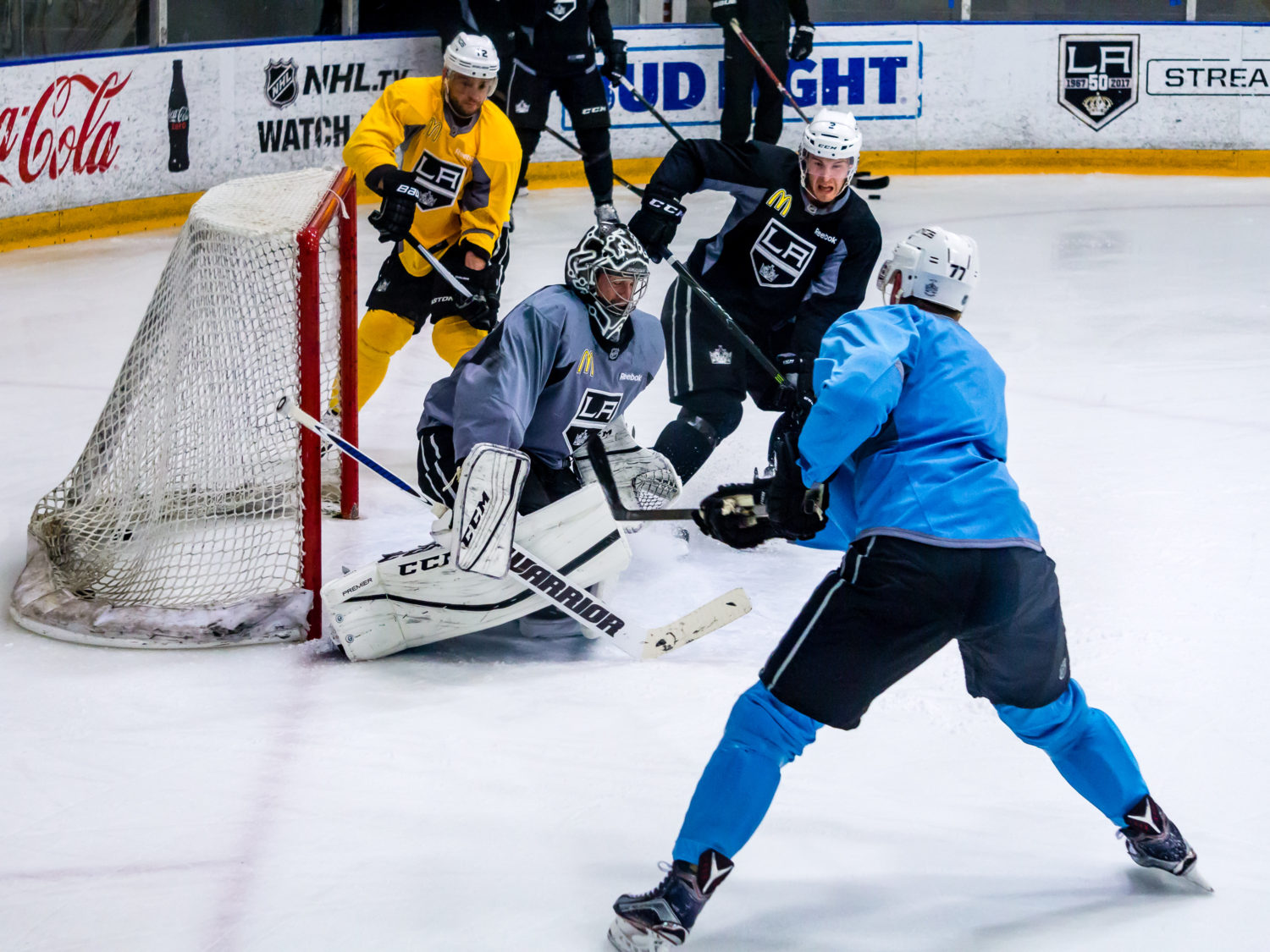 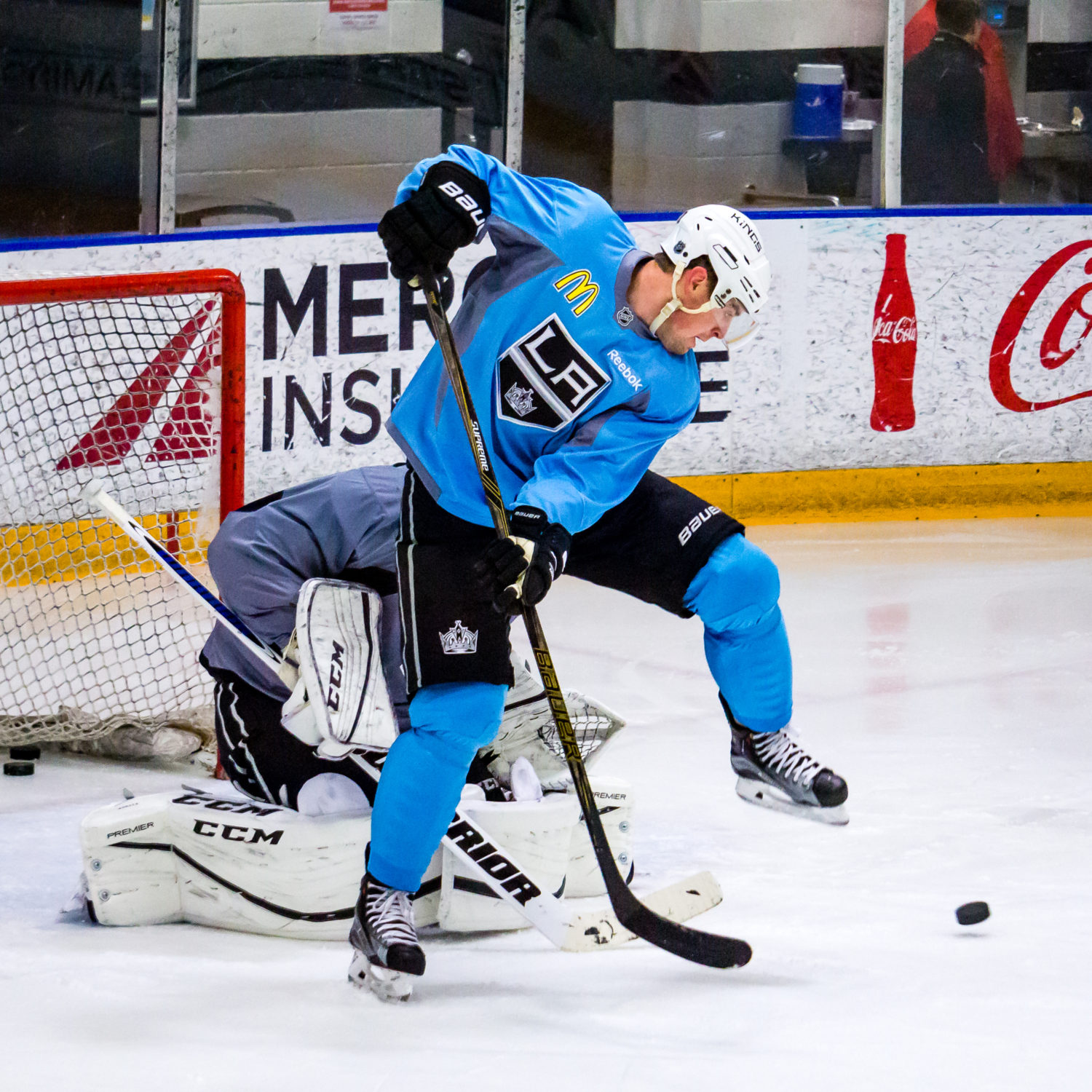 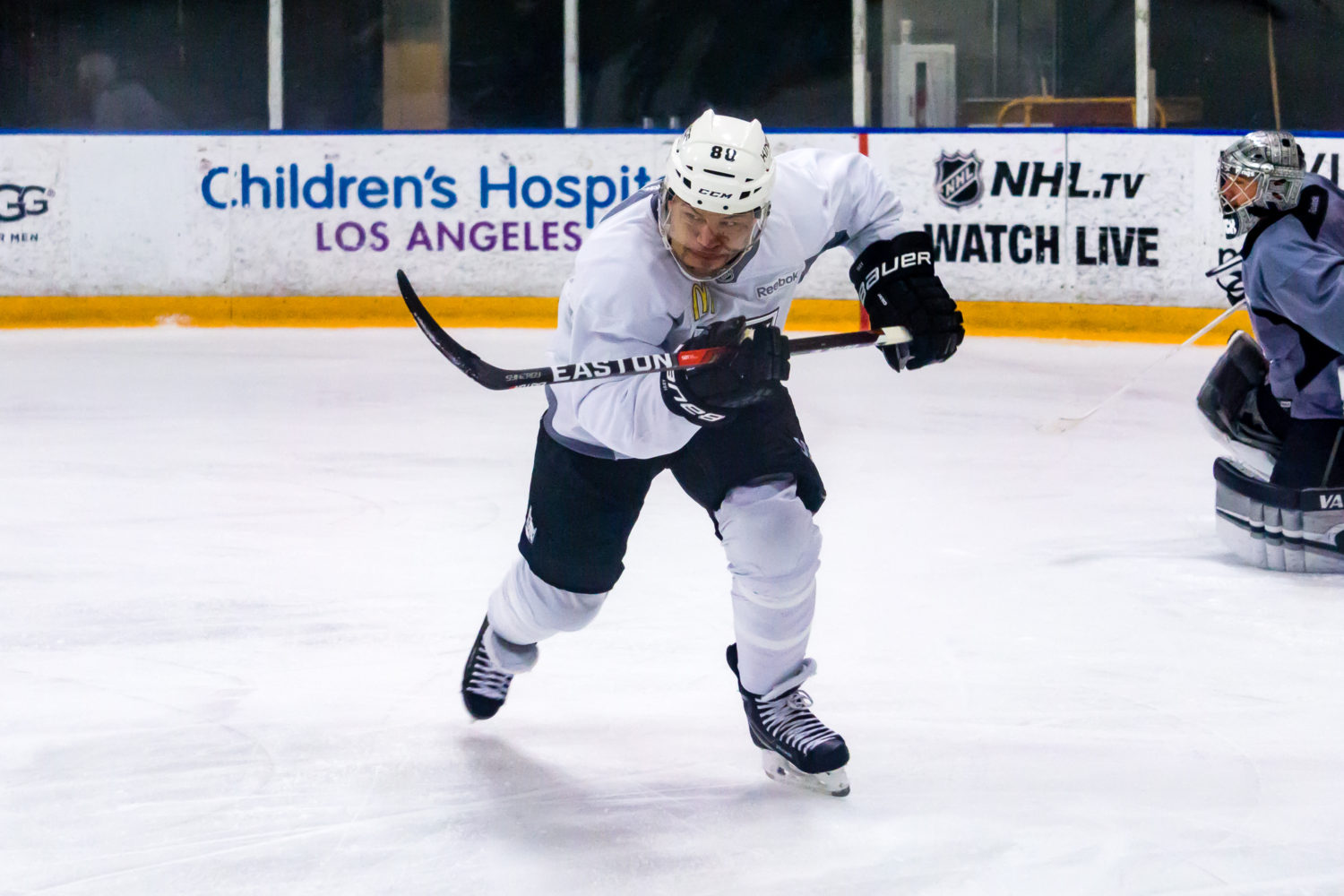 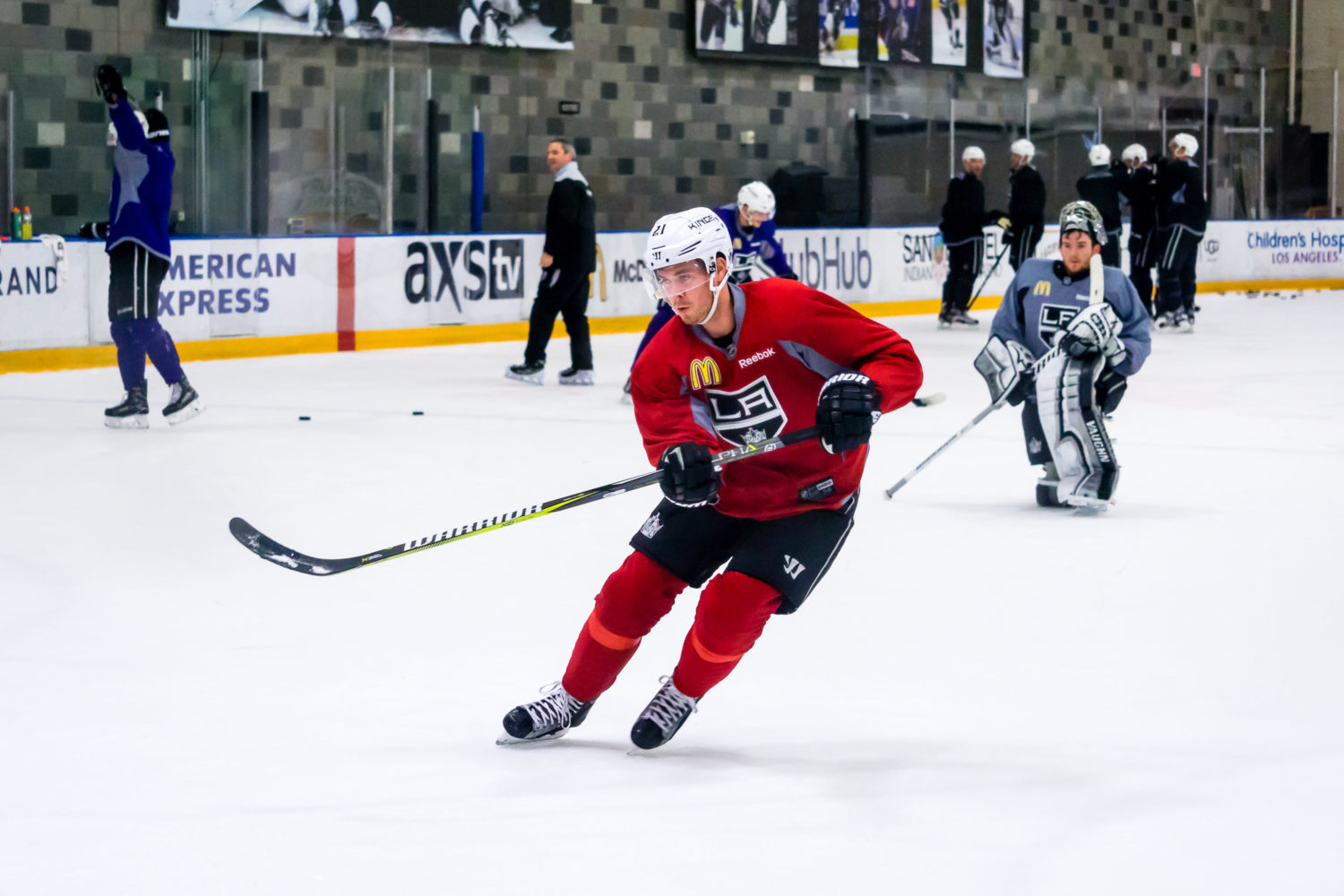