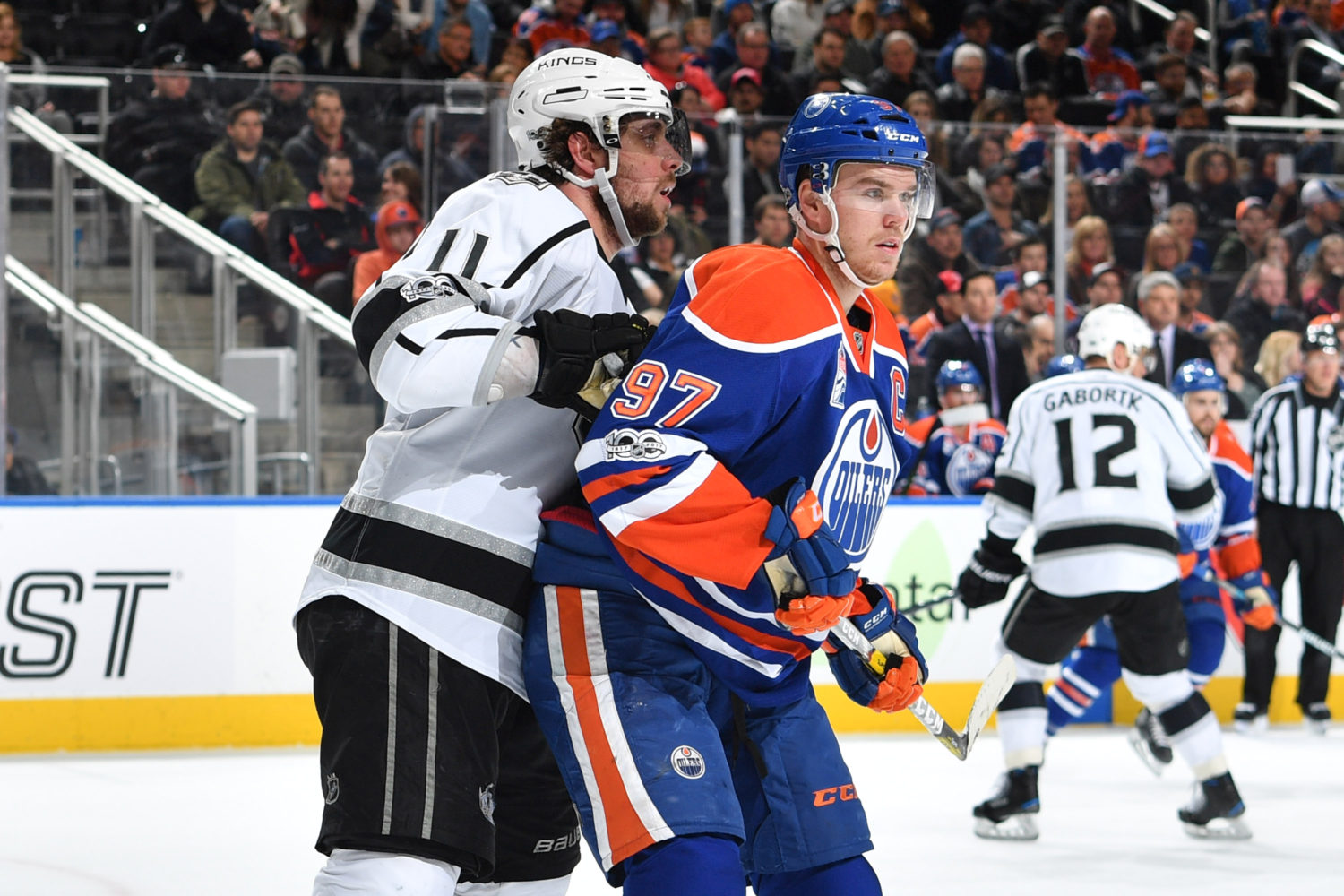 “It was a huge late-season game against a tough old nemesis fighting for its life and the Oilers were never in trouble as Maroon and Milan Lucic provided the scoring and Cam Talbot posted his second shutout in as many games.

That’s pretty much a snapshot of how the Oilers are different this year: Their two goal scorers, both top-six forwards, weigh a combined 463 pounds and their goalie is one of the best in the league.”

Dan Barnes: Oilers have that playoff spring in their step

“When the Kings did generate pressure, stingy Oilers goalie Cam Talbot was there to bar the door for a second straight goose egg. In the Kings’ end, even with one of the league’s finest defencemen Drew Doughty on the ice, they were schooled by Connor McDavid who had it in overdrive. The game was won and lost in the first period, in which he had two points and the puck on a string.”

Manhandled in Alberta, Kings’ glory years feel like an era ago

“When they were truly Kings, Darryl Sutter’s club would roll through Alberta like a winter storm, blanketing two immature, smaller clubs with their size, skill and experience, usually taking four points back to sunny California.

Alas, those days are gone for the Los Angeles Kings, as are their playoff chances here in the spring of 2017, a mere three years after the last Stanley Cup parade down Figueroa Street.”

“The Oilers made it 2-0 on the power play with seven minutes left in the opening period as Lucic corralled a loose puck in the crease and slid it under Quick for his 17th. The goal ended a streak of 34 consecutive penalty kills on the road for the Kings.”

Edmonton Oilers continue to lean on Talbot, who continues to deliver

“In his second season between Edmonton’s pipes, Talbot now represents the biggest gamble of head coach Todd McLellan’s two-year tenure here in Oil Country. Talbot has had six more starts than the next busiest NHL goalie (Frederik Andersen), faced the most shots, made the most saves, and has played all but three Oilers games since Dec. 9.”

“Two goals isn’t anything to shout about, but it worked last game against Vancouver, and it worked again tonight. The win puts twelve points between the Oilers (87 points) and the Kings (75 points). More importantly, it puts the Oilers back into third place, and it dips the Calgary Flames back into the first Wild-Card spot.”

“As for the Oilers, hopefully this will put an end to any further fear of them missing the postseason. The real battle is for positioning in the Pacific division. Anaheim and Calgary are neck-and-neck-and-neck with Edmonton, and the Sharks are only four points ahead. Home ice and the Battle of Alberta in the first round would be pretty optimal from an Oilers perspective.”