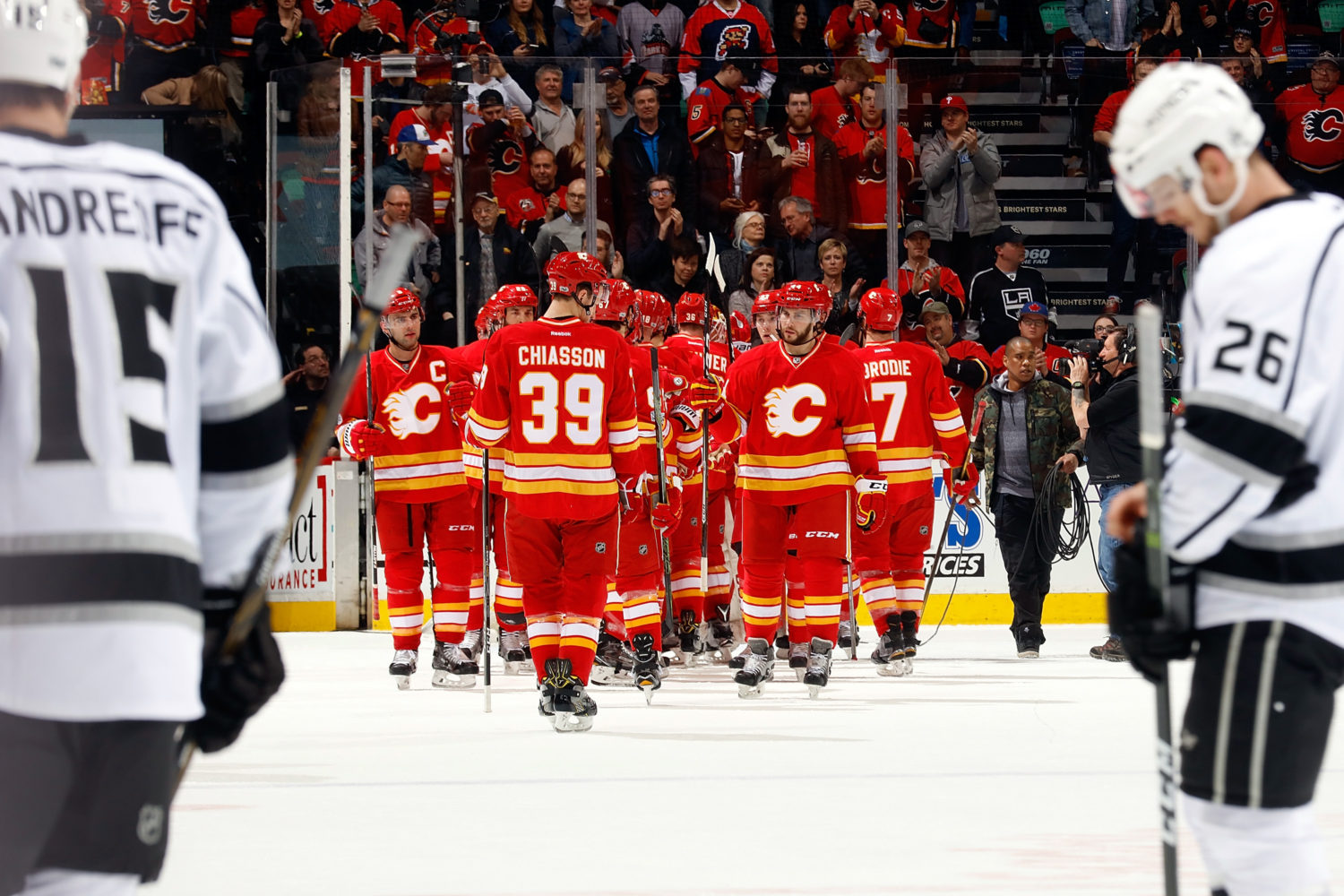 Several abbreviated thoughts on the Kings 5-2 loss to the Calgary Flames Sunday night:

-In another Most Important Game Of The Season, the Kings struggled coming out of the gate and ceded a disproportionate number of high-pace, high-skill, tic-tac-toe efforts to Calgary’s best players in the first period before the Flames calmed the game down once they resurrected their comfortable lead in the second. The Johnny Gaudreau and Sean Monahan connection opened the scoring with a pristine sequence following a Drew Doughty pass that didn’t connect at the opposite end of the ice, and the slippery Gaudreau entered the Los Angeles zone on a two-on-two and dropped to Monahan, who used his air brakes to create separation from Jake Muzzin before sniping short side past Jonathan Quick. The Flames were entering the Kings’ zone with impunity for much of the first period before L.A. responded with some looks at Brian Elliott, but let’s face it – the home team won all three periods on Sunday and did so by controlling the opening shifts of the first two periods. The game was iced when Mark Giordano and Gaudreau – off assists from top players in Dougie Hamilton, Mikael Backlund, Monahan and TJ Brodie – scored in the opening 97 seconds of the second period after the visitors had closed within one. 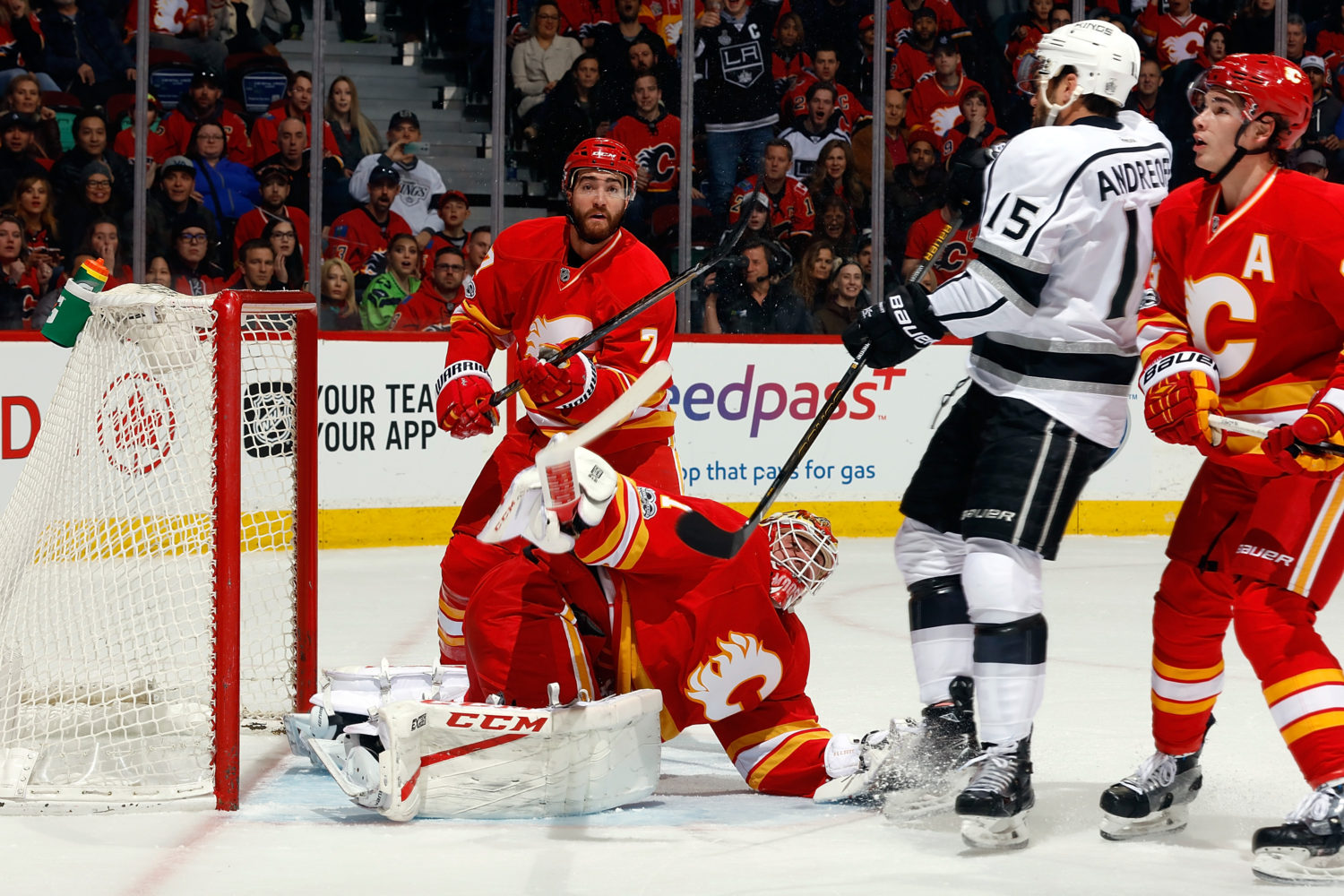 -Meanwhile, several of Los Angeles’ top performers had off nights. Adrian Kempe (14 shifts), Tyler Toffoli (15 shifts) and Marian Gaborik (15 shifts) logged the fewest minutes on the team (With 15 games to his name, Kempe receives a pass), and while you’d want those players on the ice in late-game situations, they hadn’t exactly earned that right to that point. That, of course, raises the question – is it wise to be allotting ice time to higher skilled players who were having off nights, or do you want the more rugged role players on the ice in late-game situations when they may have earned the opportunity but would be less inclined to score? In any event, each of the top three lines featured one forward who failed to register a shot attempt, and Toffoli, who logged 11:59 – his second-lowest ice time of the season – was one of them. 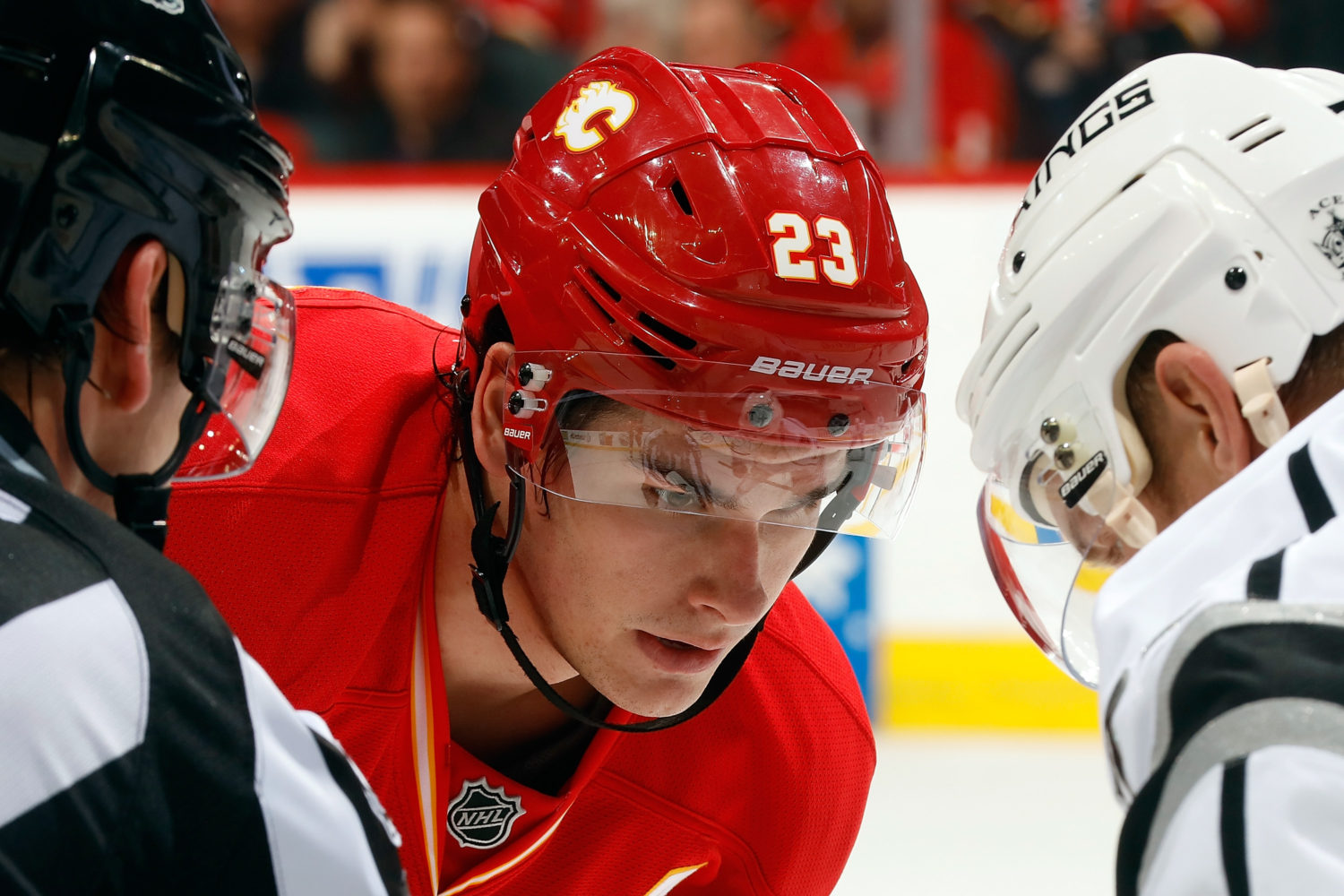 -Matthew Tkachuk will receive a suspension for his vicious and unnecessary elbow to Drew Doughty’s face, and before we get to the reaction, it’s important that Doughty is healthy and appeared to recover well from the blunt force assault. The reaction by the team was lacking, but that’s not necessarily to say that immediately jumping Tkachuk the moment it occurred and punching him in the face was the correct way to respond. There’s some nuance here, and the Kings, trailing by one in an important late-season game, couldn’t afford to send an important player to the box for an extended period of time out of the need for retribution. Maybe that’s more of an option earlier in the season than it is in Game 71. Still, Doughty is the best defenseman in the world, and there was hardly a tug at Tkachuk’s jersey for the rest of the game. I don’t recall seeing much yapping or any additional scrums or heaviness directed towards the teenager who made inroads in developing a reputation across the league. There are still two games remaining between these teams, so there’s an opportunity, should members of the team choose to do so, to make a statement, or set a tone, or respond more emphatically than engaging in a scrum in its immediate aftermath. Again, this isn’t to suggest that the team should seek retribution through blind, senseless violence, but what would’ve happened had Tkachuk elbowed the best forward in the world in the face? If that was Sidney Crosby, what would the response have been? Connor McDavid? 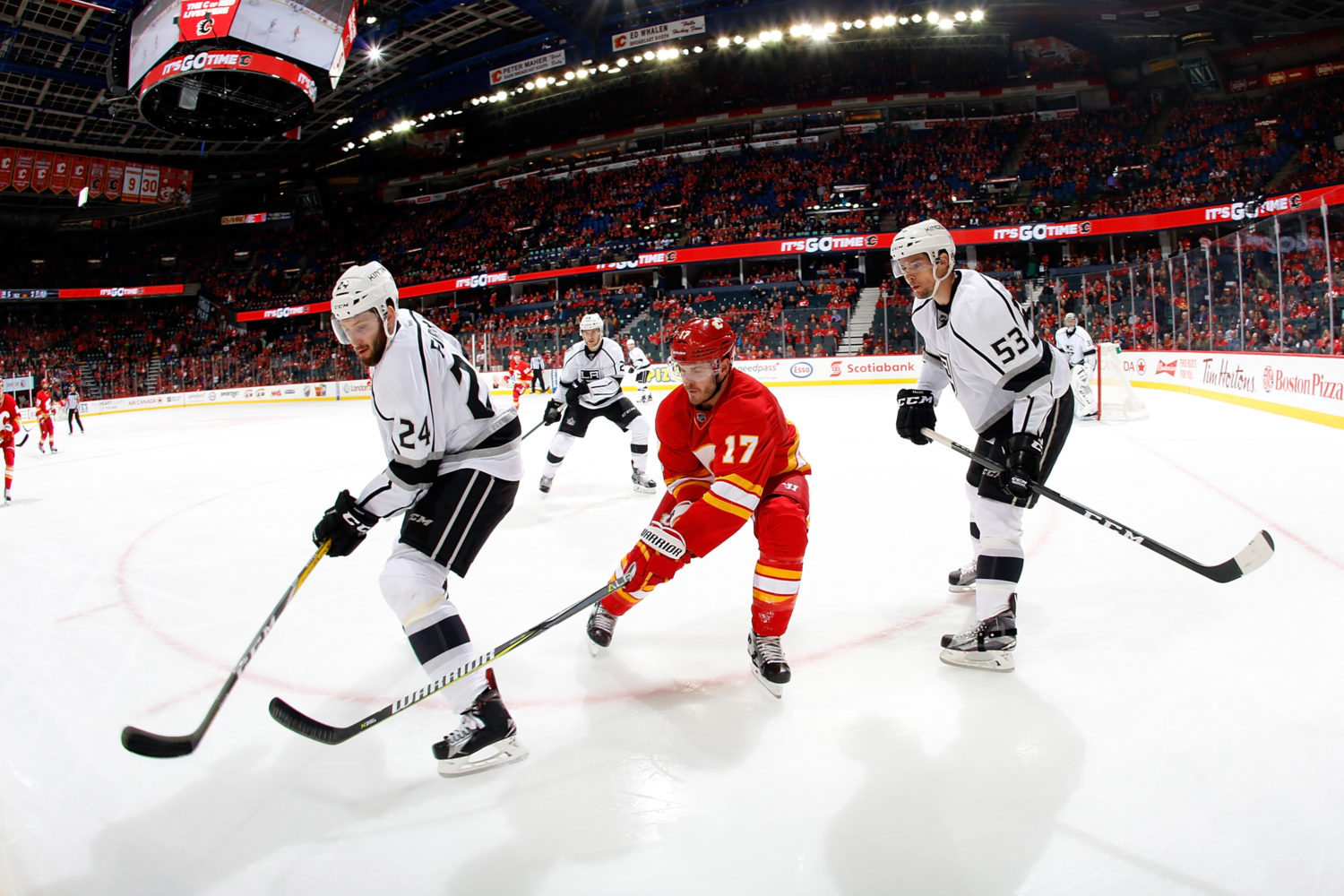