In preparing for the Coyotes, Kings aren’t dwelling on Monday’s loss 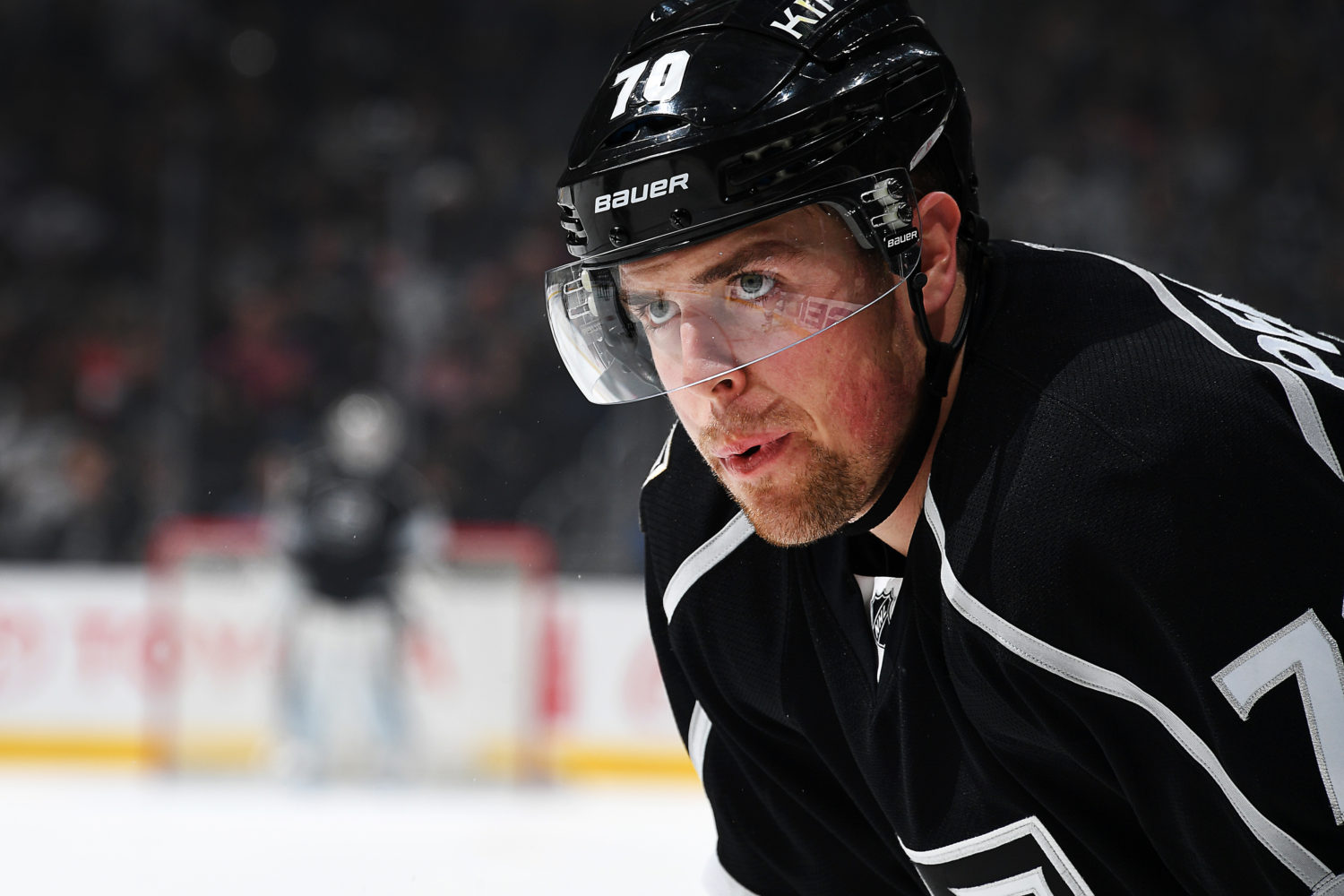 There are no such things as trap games when every remaining outing is so important to the Los Angeles Kings’ postseason chances. But if the Kings are to claim two points from tonight’s game against the Arizona Coyotes, they’re going to need a Memento-like short-term memory that sublimates Monday’s result into the ether of an 82-game season.

“Yeah, it’s the same as any other game,” Jonathan Quick said. “You try and win every game you play, so you start preparing any differently and it’s going to be a lot tougher to win.”

So while Tuesday’s game may be drizzled with the post-apocalyptic residue of a game Los Angeles really needed to win last night, tonight’s focus isn’t on anything other than the Coyotes, who won at Staples Center in the Kings’ first game out of their bye week.

“That’s the great thing about hockey is you can move on because you’ve got another game tonight,” defenseman Brayden McNabb said. “We’re unhappy with last night but we have the chance to come back and win tonight, so that’s what we’re going to go and do.”

After Tuesday’s game, Los Angeles plays again on Thursday against the Buffalo Sabres, and then will hit the road to face a pair of divisional teams they’re trying to catch on back-to-back nights in Calgary and Edmonton.

They trail the Oilers by seven points and the Flames by 10, but with three games remaining against both teams, they’ll at least have an opportunity to narrow the difference by running the table. That’s a tall order for a team that has won more than two games in a row only once since November, but this is a group that still boasts several qualified members of a leadership committee that won a pair of Stanley Cups. Though this season has been a challenge, there is still a resolute demeanor that has influenced the ability to win big games in the past when their backs have been against the wall.

“No, we don’t win two Cups if we’re not able to win those games,” Quick said. “I don’t think it’s anything in particular, you just compete and try to find ways to win.”

Brayden McNabb, on whether anything was said in the locker room after last night’s loss:
I think everyone knew, you know? It was a playoff game for us and I think we were pretty disappointed in the result and yeah, it leaves a bad feeling in your stomach this morning, for sure. So it’s something, you know, that we’ve got to learn from and come back. We’ve got to start winning games. We’ve got to win out almost so it starts tonight. We’ve got to erase that, learn from it, and worry about tonight.

McNabb, on the challenges they faced in the game vs St. Louis:
Yeah, I mean, we had chances to score and we had a lot of good looks and their goalie played great but we’ve got to lock it down defensively. We’ve got to limit their chances against, you know, grade-A opportunities. It’s crunch time now, it’s playoff hockey for us so all the little details matter.