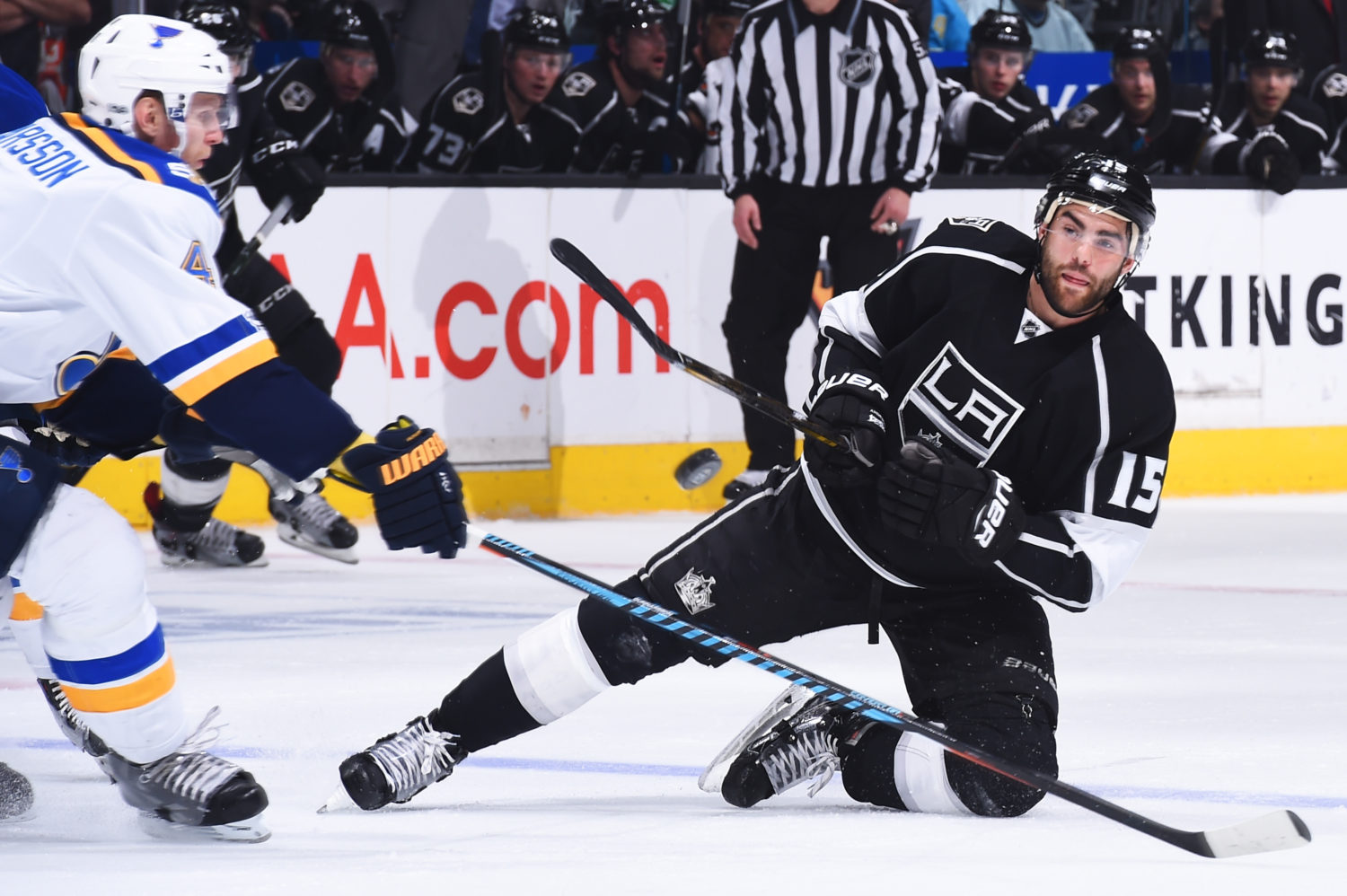 -With the loss, Los Angeles fell to 75-98-26 all-time against St. Louis, a record that includes a 48-37-14 home mark. The loss was the first home regulation loss to the Blues since March 18, 2011, snapping a7-0-1 stretch, and was St. Louis ninth win (and only second road win) in the last 29 games of the series, including playoff games. The Blues won the season series for the second consecutive year, going 2-1-0.

-The Kings scored their third goal in 29 games with their goalie pulled. None of the three goals was a game-tying goal. Alex Steen’s goal was the 13th empty-net goal allowed this season.

-Los Angeles was held to either no goals or one goal for the 22nd time in 68 games.

-Jonathan Quick lost for the first time in regulation this season. He is now 4-1-1 with a 2.33 goals-against average and .917 save percentage.

The Kings are scheduled to hold a 10:00 a.m. morning skate at Toyota Sports Center on March 13. There is a good chance this will be an optional skate.