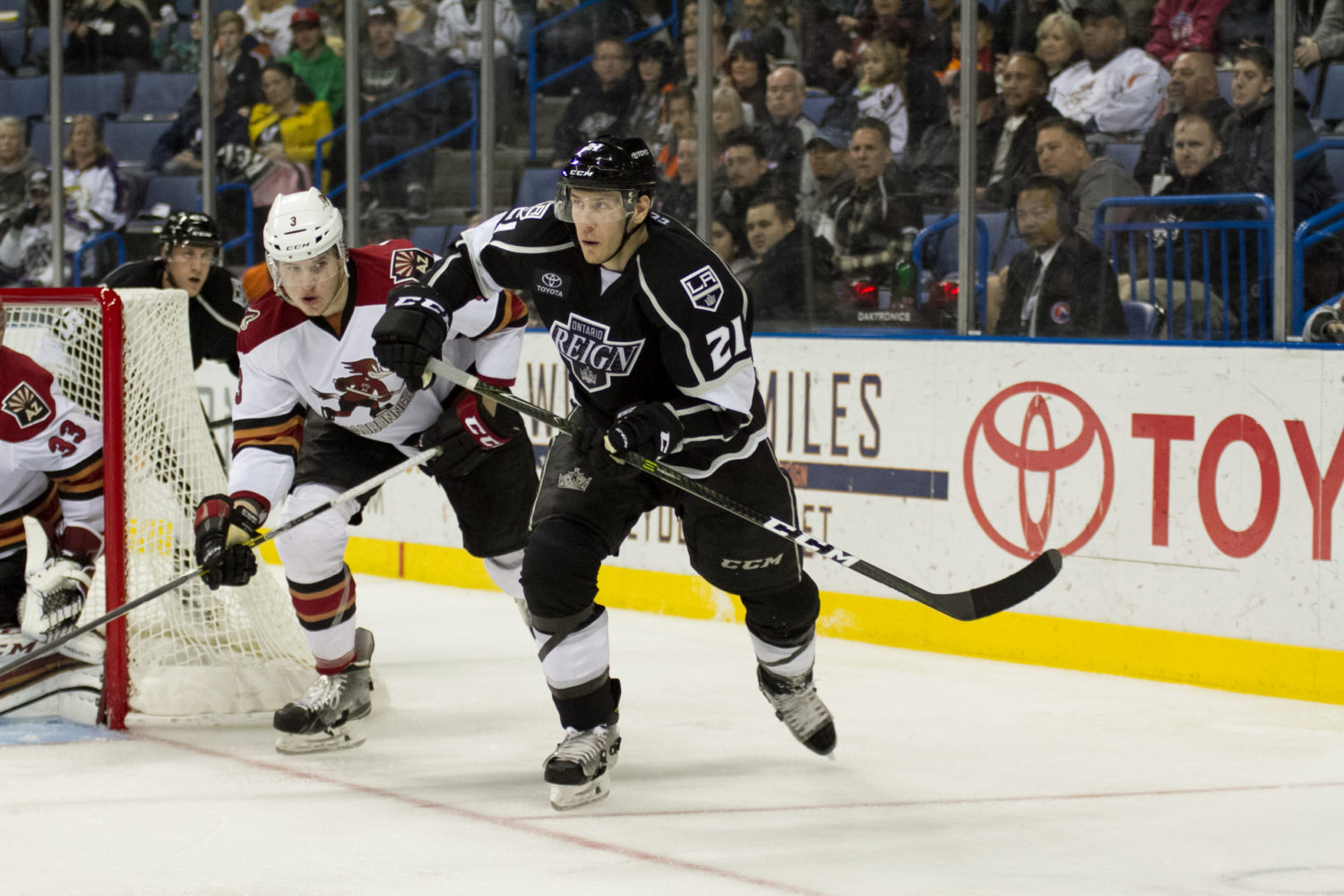 –With two goals and an assist, Jonny Brodzinski has leap-frogged T.J. Hensick for the team points lead. He now has 45 points (24G, 21A), one more than Hensick and is on a six-game point streak (4G-5A=9).

–Goalie Jack Campbell picked up his third shutout of the season, stopping all 22 shots he faced to improve his record to 26-12-6. His 26 wins lead the AHL.

–Michael Mersch finished with a goal and an assist and now has three goals and two assists in six games since returning from a knee injury on March 1.

–Fifty PIMs were called in the final 7:41 of the game.

–Vincent LoVerde recorded an assist and is now on a three-game point streak with one goal, two assists in that span.

–Teddy Purcell had an assist and is also on a three-game point streak with one goal, three assists in that span.

–The Reign produced an AHL-Ontario record-high 23 shots on goal in the opening period of play.

–The Reign outshot Tucson, 41-22, and we led by Brodzinksi’s game-high seven shots on goal.

–Kurtis MacDermid took two minor penalties and now leads the AHL in minor penalties with 36. His all-important opening goal was his sixth of the season and first since Jan. 28, a span of 16 games without a goal.

–Jonny Brodzinski’s 2nd goal was also his third point of the game, giving him a team-leading 45 points on the season. T.J. Hensick’s 44 points is second on the team.

–This game is the last of 12 meetings between the Reign and Roadrunners this season. The Reign are 4-5-2-0 against Tucson this season, 3-2-0-0 at home, including last night’s 5-4 loss. T.J. Hensick (2G-6A=8) and Vincent LoVerde (3G-5A=8) each have eight points in the series while Roadrunners defensemen Zbynek Michalek (4G-4A=8) and Jamie McBain (2G-6A=8) each have eight points as well.

–Jonny Brodzinski is on a five-game point streak (2G-4A=6). Brett Sutter has four goals and three assists over his last eight.

–Tucson defenseman Jarred Tinordi will return to the lineup after serving his one-game suspension in Saturday night’s contest.

–Here’s how the Reign aligned in rushes: