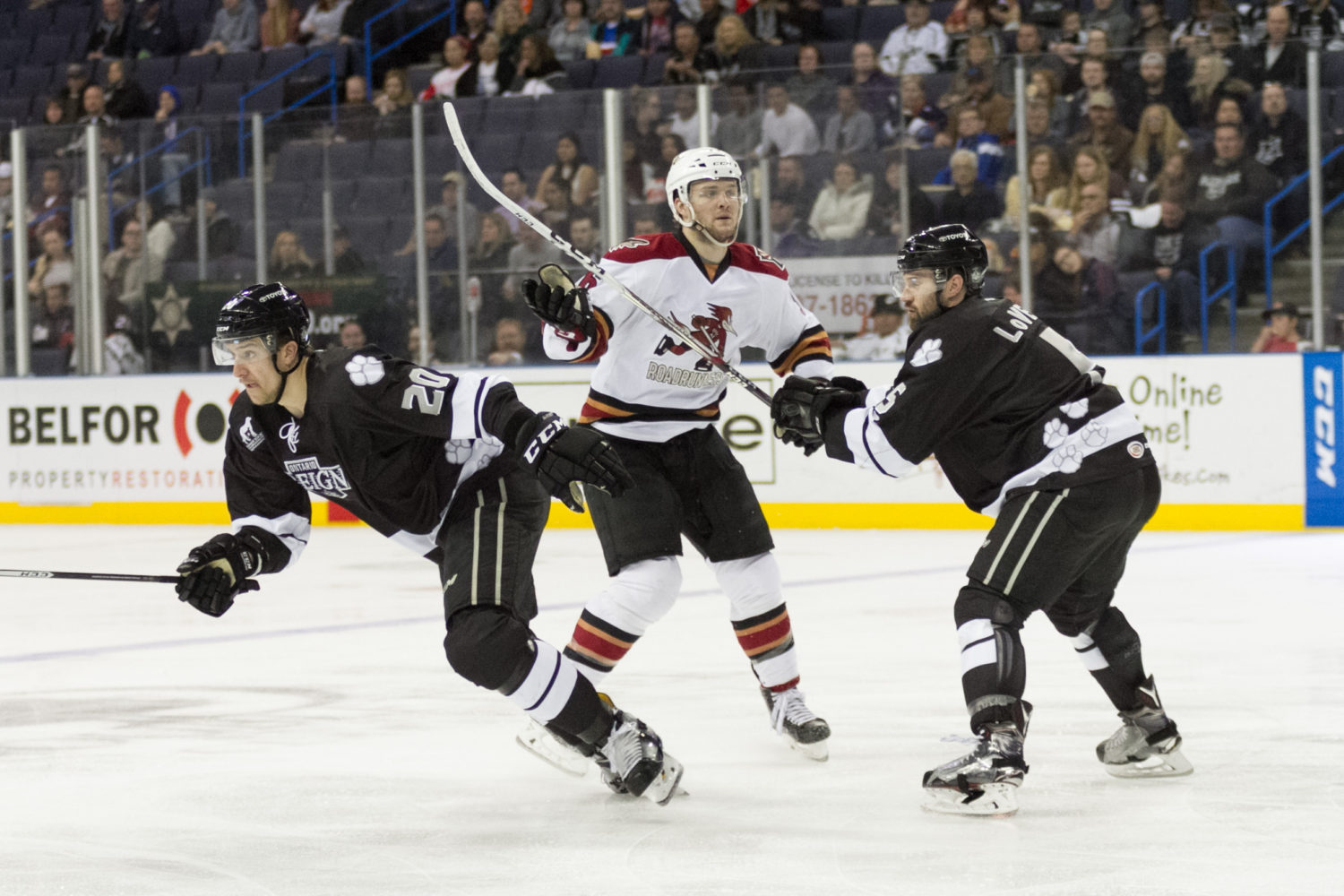 Vincent LoVerde, on whether the game comes back to the first period and the power play goals allowed:
Uh, yeah, part of it’s that. Part of it’s we weren’t ready to play in the first. Bad penalties by myself, the 5-on-3 in the second period, we need to score on that. [Reporter: Tough to take the too many men on the ice penalty on that?] Yeah. I didn’t see what happened. I was going back for a puck. Usually don’t want to take penalties there but at the end of the day we need to score there.

LoVerde, on the 54 shots on goal, shot selection and whether the team was happy with its chances:
I wouldn’t say we’re happy because we lost the game. We got a lot of shots on net but at the same time when you’re chasing from behind you’re going to put up a lot of shots on net. I think it boils back to we just need to be ready to play. We need to score the first goal, we need to come out for the start of the game.

LoVerde, on what needs to change to get a better start going:
I wish there was an easy answer. We didn’t have a great start last night, we had an OK start tonight. It just needs to be better, especially at this point in the year. We need all the points we can get. We just gotta be better. I think everyone in the locker room knows that.

Sam Herr, on whether the game comes back to the first period and the power play goals allowed:
Yeah. Obviously you don’t want to start a game letting up two power play goals but that’s been a point of emphasis in the first half of the year, not taking too many penalties to start and I thought we corrected that a little bit so it’s kind of a little frustrating to take a little step back. I don’t know, just clean things up on the penalty kill. I thought we had a pretty good start, though. We got pucks to the net to begin with and … the end the penalties killed us a little bit. So, learn from it and just move on for tomorrow.

Herr, on Tucson answering quickly each time the Reign got within a goal:
That was the hard part. We didn’t carry momentum. We did a good job getting back into games and just one little mistake. They’re a skilled team. They’ve got a lot of goal scorers on that team so they were getting contributions from guys who normally don’t score. Just playing a sound sixty minutes, not letting those little mistakes happen, losing coverage, stuff like that and allowing them to get the two-goal lead again.

Herr, on where the team is at mentally after three losses in a row:
Obviously it’s frustrating. You don’t want to lose three games in a row. The thing about our team though is we know we’ve got so much more. We know we’re better than the way we’re playing. It’s just a matter of coming in ready to go tomorrow, focused for a full sixty minutes to try and bounce back. Yeah, again, it’s a little frustrating but we know we’re a good team. We know we’ve got fire power. There’s games where we beat the best team in conference seven to two, so we know we can score goals. We just got to bear down on our assignments, get the puck moving north and get offense going.