Waking up with the Kings: March 10 - LA Kings Insider

The Kings won a very important hockey game on Thursday amidst very little margin for error on the current home stand. For a realistic shot of the playoffs, this is a team that can’t post a record any worse than 5-2-0 or 4-2-1 during this seven-game stretch, with one of the wins needing to come against St. Louis on Monday night. (For a better sense of how important that head-to-head match-up is and maximizing the remaining home games, take a look at the Blues’ remaining schedule). Meanwhile, Nashville appears to be getting dragged back down into the fight for a Wild Card berth, a development that wouldn’t be taking shape had the team not left so many overtime points on the table for the second year in a row. The game-winner was scored in four-on-three play, but let’s not forget the three-on-three too many men call that set in motion the events leading to Los Angeles earning two points. 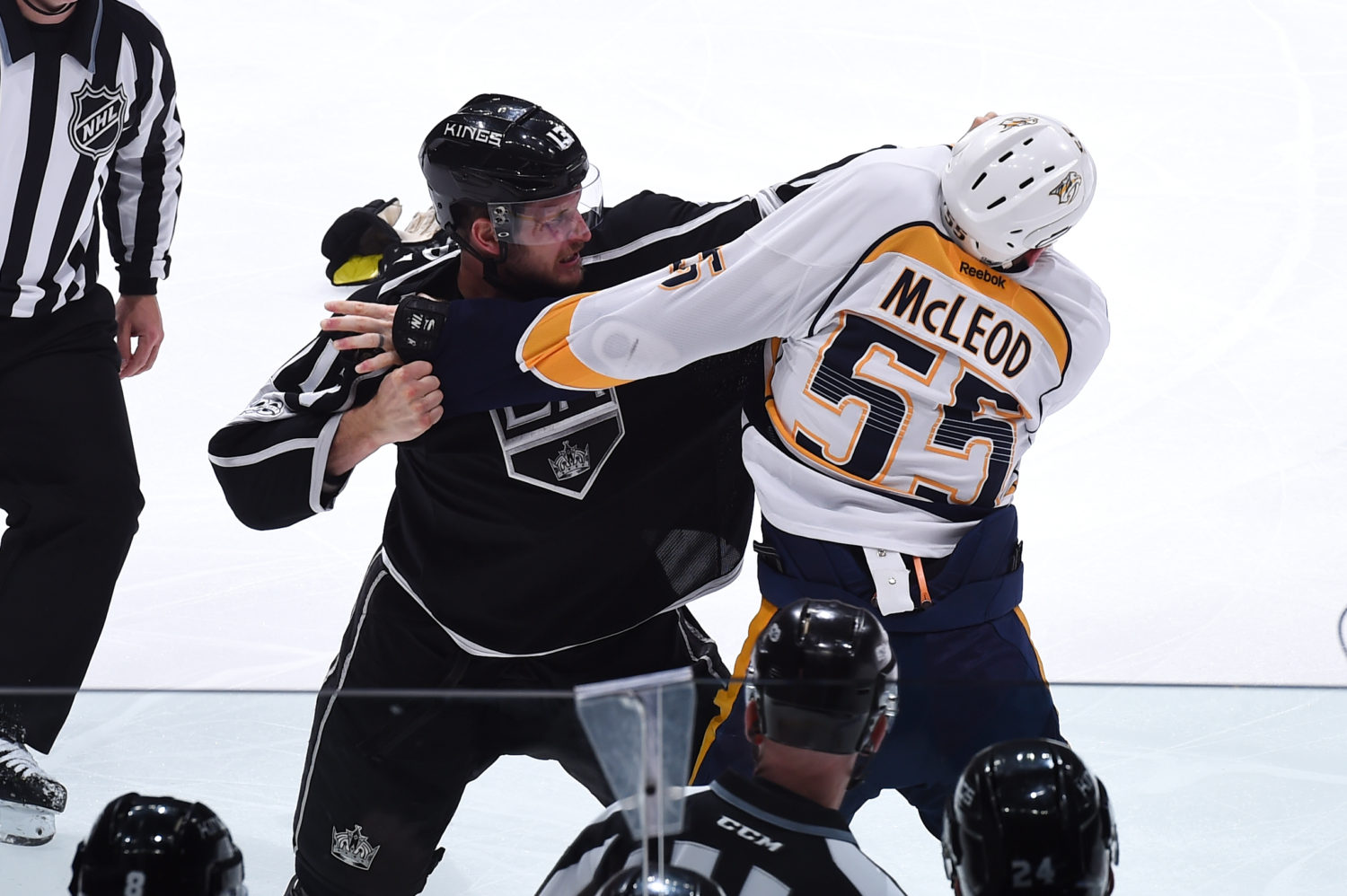 For a 2016-17 hockey game, the first period followed an all-too-familiar script. The Kings burst out of the gates with as much energy and purpose as in any game since the 6-3 win over Florida exactly one month prior. They were dominant physically, with large hits by Dustin Brown, Brayden McNabb, and a Brown/Trevor Lewis sandwich raising the energy and setting a tone for a game in which Los Angeles checked well and the Anze Kopitar line generated a small fortune of high-quality chances over the first 15 minutes. But because this is the ’16-17 Kings, and mistakes weasel their way into the back of their net with a curious (if anecdotal) regularity, the Predators scored on only their third shot of the game when Roman Josi made a good play at the blue line to disrupt a zone exit – see: checking leading to scoring chances – as Mike Fisher fed the puck to an unmarked Calle Jarnkrok in the slot. (+1000 quattors to Jarnkrok, who was very good in this game.) (Quattors are the official currency of LAKI, so Jarnkrok is now able to purchase LAKI Gold Status and talk politics in all caps on the blog.) Gaborik drew a lot of heat for this play, and yeah, let’s face it, he wasn’t particularly strong along the boards when trying to get the puck out of the zone. But the disruption of a zone exit along the boards by a defenseman is a play that happens a dozen times in the game, and this particular incident wouldn’t have stung Los Angeles had Alec Martinez not headed due north from his post, leaving Jarnkrok alone in the low slot to swing and connect on a pass headed towards a high danger area. Though they generated a lot in five-on-five play early, Gaborik, Kopitar and Iginla actually got hemmed back in their own zone over the remainder of their game (when, you know, they weren’t scoring huge power play goals) and were also on the ice for Kevin Fiala’s third period go-ahead marker. 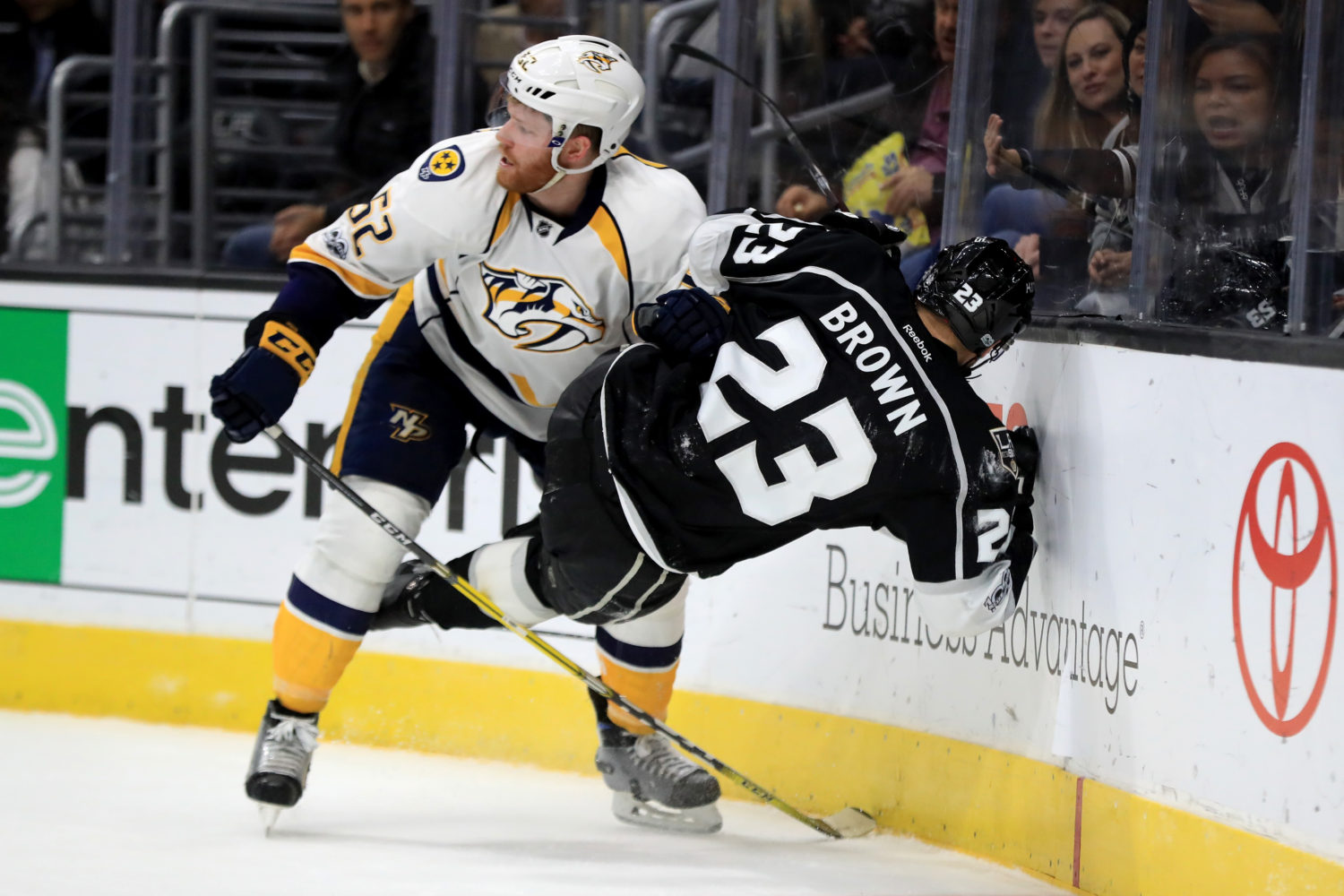 So. Jarome Iginla. Wearing number 88. Scoring two goals in a vitally important late season game for the Kings, including a follow-your-shot heads-up play on the overtime game-winner. So weird, right? Less weird? Iginla scoring goals against Nashville. He’s a point-a-game player against the Preds in his career, with 42 goals (!) in 68 games. Despite his familiarity with playing under Darryl Sutter last decade, this team is not the 2003-04 Flames, and there is still going to be a curve as he continues to become more comfortable playing in Los Angeles’ system. But he’s an effective power play performer with 196 career goals on the man advantage, and his slick hands around the net allowed the team to tie the game early in the second period before he buried his own blocked shot short-side past a not-set Pekka Rinne for the game-winner. The Kings are in dire need of offense – they still have only one five-on-five goal over the last four games – and one of the key factors towards a playoff berth will be getting familiar goal scorers going alongside Anze Kopitar, who has two goals and five points over his last six games but was held off the scoresheet Thursday. The details of the win over the Predators were encouraging in this regard, but this is still a team that will need to raise its five-on-five scoring to make the playoffs. They’ll have a really tough test on Saturday against the NHL-leading Washington Capitals and their league-best (by an 11-goal margin) 143 goals against. 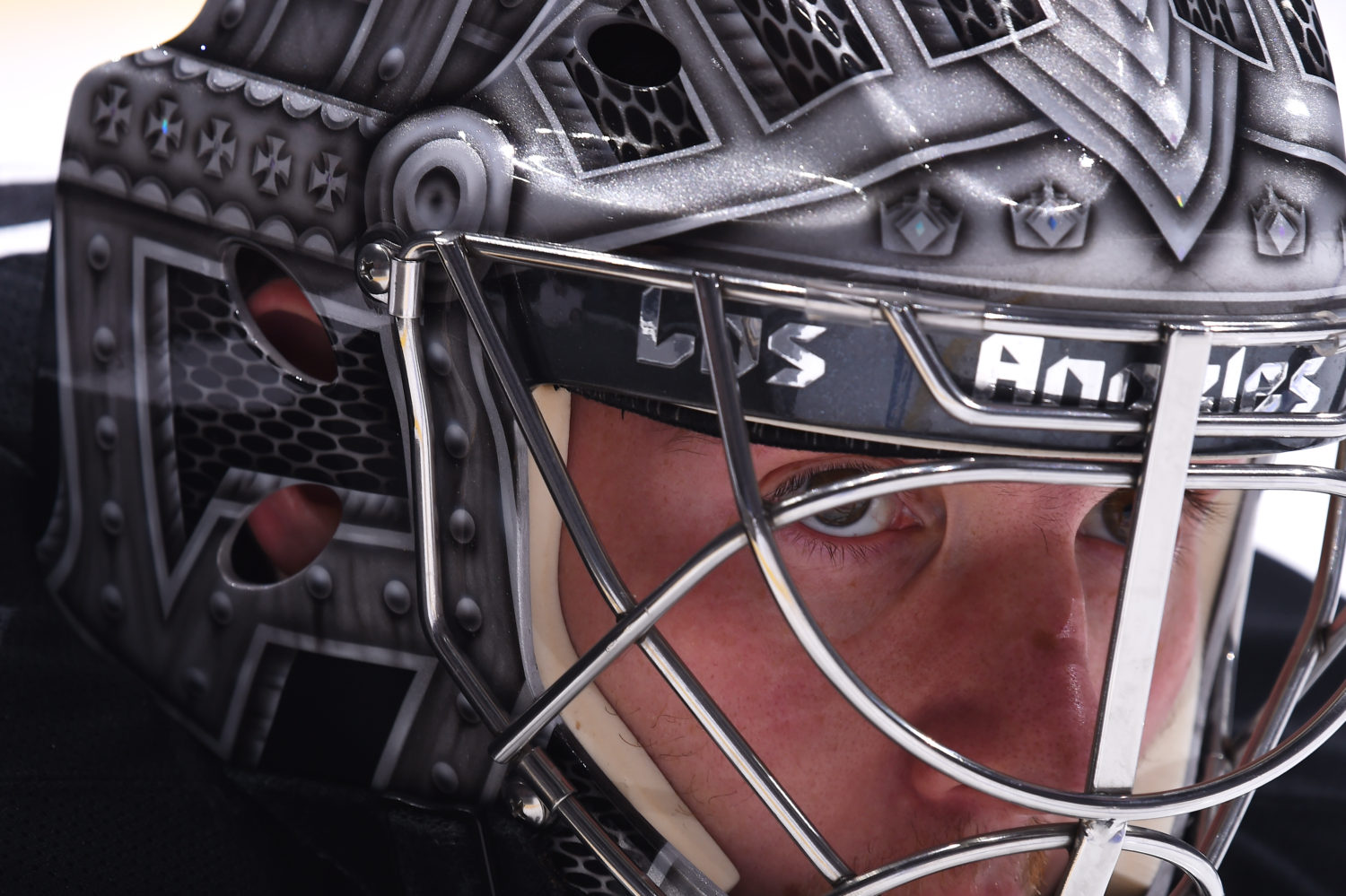