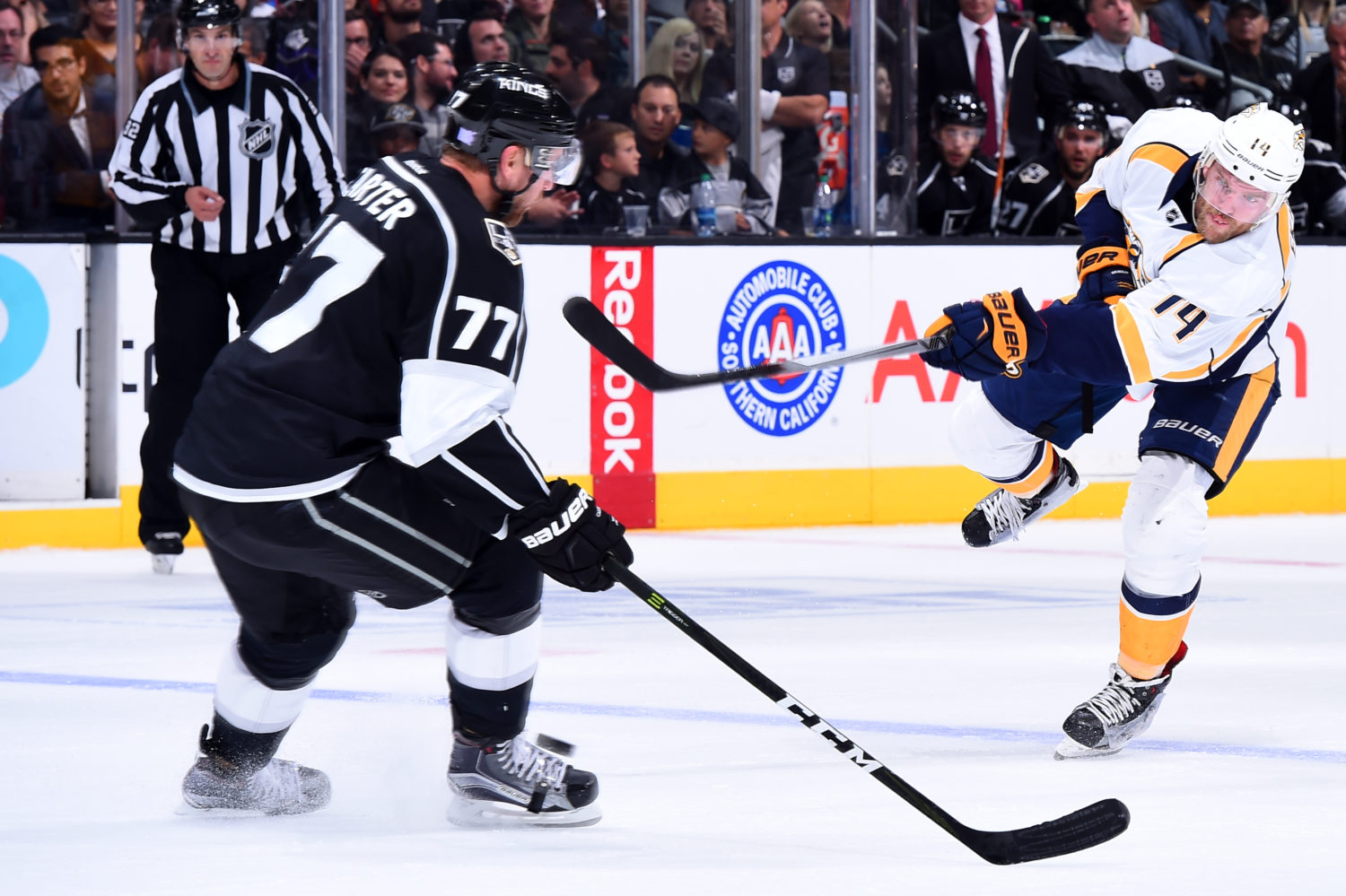 Good morning from El Segundo, Insiders. I wish I had more to share with you, but Thursday’s morning skate was optional, so no line rushes were held. Also, all players who did take part left at relatively the same time, so it’s not clear if there will be a change on defense (i.e., whether Kevin Gravel, who hasn’t dressed for the last three games, might re-enter the lineup). Let’s share what we have:

-Dustin Brown, on skating with Adrian Kempe and Trevor Lewis: “Kempe I think brings a lot of speed up the middle, which is a challenge for teams when you have guys that can skate. I mean, look at our other two centers, they can get up the ice pretty well. So it’s on me and Lewie to make plays along the wall and get him the puck kind of underneath. He’s a young guy but he thinks the game really well, so me and Lewie have got to just put our work boots and kind of let him — I think last game was actually, it was exactly what we wanted, really. With him and the speed and skill in the middle and me and like I said, Lewie, we do all the work getting the puck and let him kind of do his thing.”

-Some decent news for NHL teams, and perhaps for Tyler Toffoli and Tanner Pearson’s financial advisors, as well:

Bill Daly says the NHL's salary cap is projected to be $75.5M-$76M next season, but adds it will depend on inflator negotiations with NHLPA.

This is reassuring news, because earlier reports had indicated that the salary cap could remain flat (which is still very much a possibility). But while players are becoming wary of too much of their salaries being tied up in escrow, there still shouldn’t be too much concern over whether they decide to activate their annual inflator, which has happened every off-season except for one since the introduction of the salary cap in 2005. Should the players activate the 5% escalator, there could be a salary cap in the range of $75.5-million to $76-million next season. In the past, there has also been discussion of a partial, 2.5% escalator. Stay tuned this spring for continued LA Kings Insider coverage of salary cap-related drama.

As noted yesterday, Los Angeles currently has 16 players under contract for 2017-18 at approximately $59.3-million, according to financials provided by Cap Friendly. While no other players expected to re-sign with the club are expected to command significant capital apart from Tanner Pearson or Tyler Toffoli, other restricted free agents include Nick Shore, Andy Andreoff, Paul LaDue, Kevin Gravel, Jonny Brodzinski, Michael Mersch and Justin Auger amongst a crop of 15 players. The players due to become unrestricted free agents without a new contract are Jarome Iginla, Ben Bishop, Devin Setoguchi, Rob Scuderi, Vincent LoVerde and Cam Schilling.