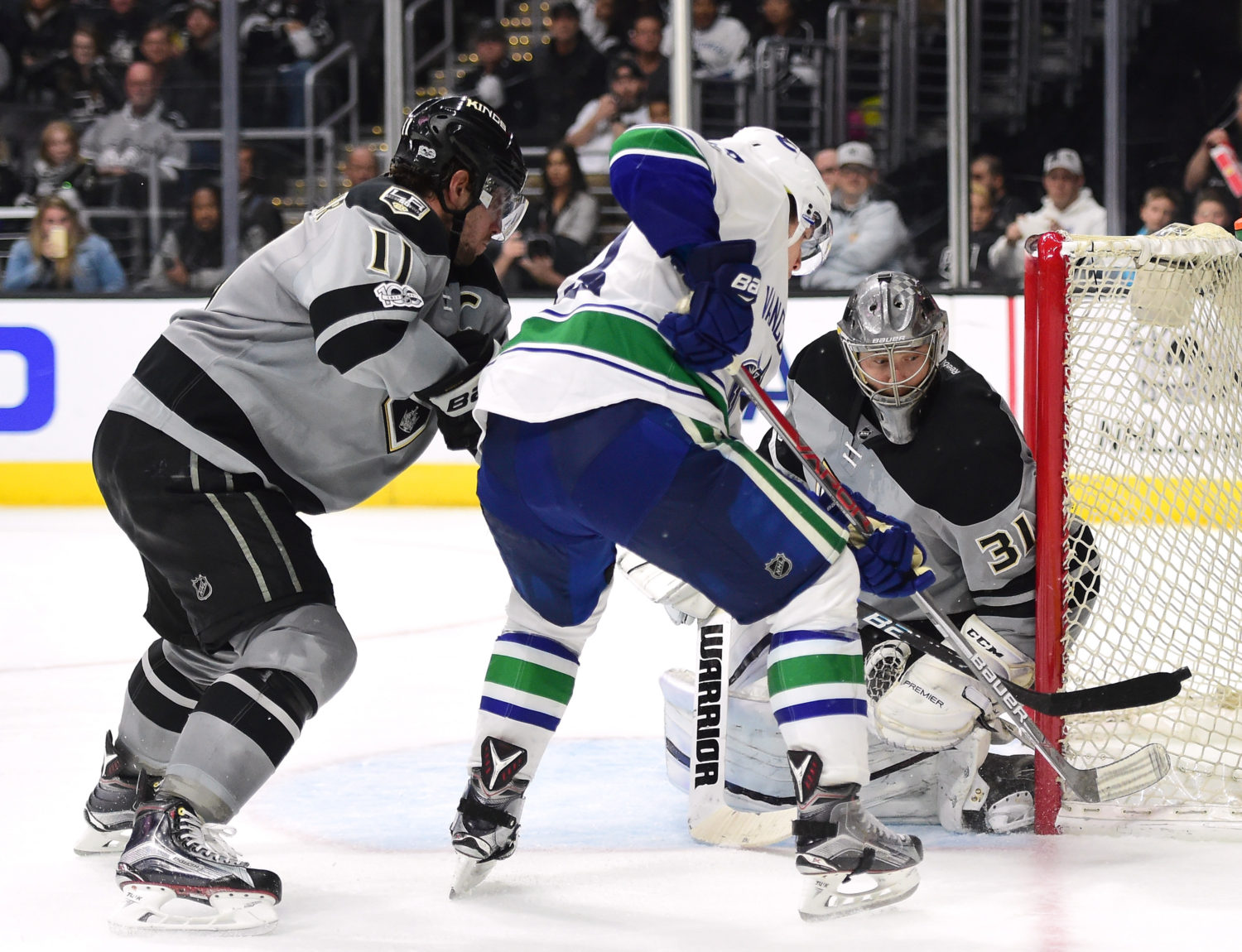 Kopitar, on the bad bounces, as well as unfortunate decisions:
Yeah, I mean, the first two periods there were odd-man rushes against more often than not almost. That’s definitely not the way we want to play and the way we should play in order to win. Obviously we’ve got to take a look at that and definitely get better.

Kopitar, on Adrian Kempe’s performance:
I think he was moving really well. He was carrying the puck up the ice and really playing to his strengths, which is skate and make plays, and I thought he did a good job tonight.

Kopitar, on the long break before the next game:
Well, it’s kind of like a sweet-sour thing. Yeah, you’d like to get back at it tomorrow and obviously correct what we didn’t do, but at the same time, I think now, what have we got? 17 left? 18? I’m not exactly sure, but we’ll take these four days to prepare ourself obviously for the final stretch.

Ben Bishop, on the strange bounces in the loss:
It’s tough when you get two unlucky bounces off your own guys, and then guys fought back there. It was just too little too late there, but obviously if those two don’t go in, it could be a three-two game for us.

Bishop, on whether he gained confidence that the team could complete the comeback:
I think even after the second period, nobody had any doubts in here. We still felt comfortable. Obviously it could’ve been a two-one game after that second period, so it wasn’t like we were playing terrible, just a couple turnovers here and there with odd-man rushes. Guys fought back and obviously it was a little too little too late there at the end, but the guys fought hard to come back.