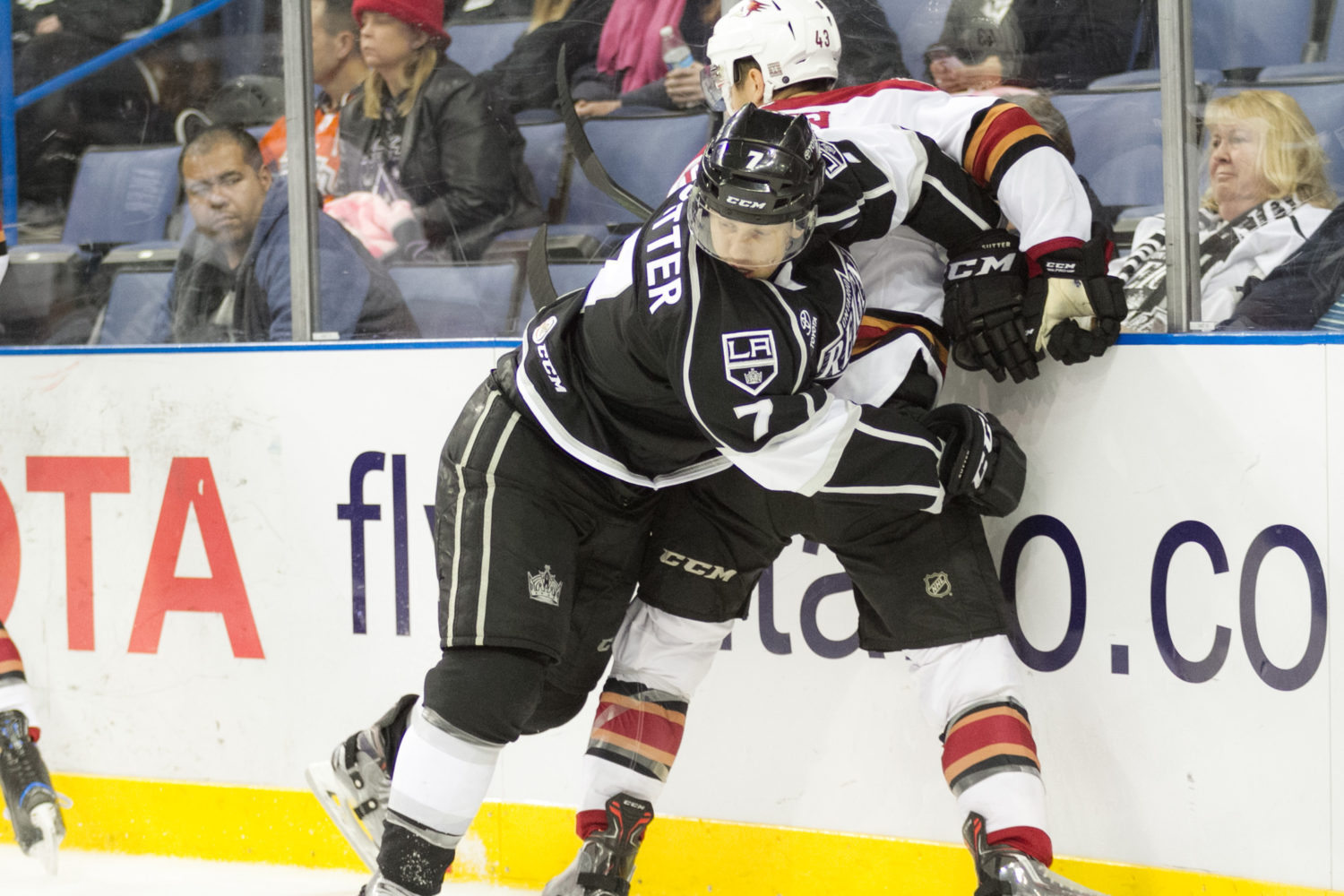 –Goalie Jeff Zatkoff made his second straight start and made 37 saves on 39 shots. His record dropped to 1-1-0.

–Alex Lintuniemi registered the primary assist on Brett Sutter’s goal and now has two points (1-1=2) in the last two games since returning from a groin injury on Friday vs. Stockton.

–Jonny Brodzinski, who leads the Reign in goals with 21, missed his second straight game due to a mid-body injury.

–The Reign were outshot by Tucson, 39-30 overall, including 19-7 in the second period alone. Sean Backman and Damir Sharipzianov led the Reign with four shots on goal each.

–Here’s how the Reign aligned in rushes. No changes up front from last night, but some on the back end:

–Ontario is 4-3-2-0 against the Roadrunners this season, and an undefeated 3-0-0-0 at home. Forward T.J. Hensick and defenseman Vincent LoVerde each have two goals and five assists for seven points to lead the head-to-head series.

–Forward Michael Mersch has a goal in each of the last two games since returning from a knee injury that sidelined him 18 games.