In a clear reversal from prior seasons of the Los Angeles-Minnesota rivalry, the two teams with deep roots in structured play and often low-scoring games exploded for 25 combined goals in this year’s season series, which was claimed by the Wild in a, well, wild 5-4 win in which the home team never held a lead until Mikael Granlund scored on a power one-on-three move in what appeared to be a drawn up play upon a Minnesota faceoff win. In the decisive sequence, he cycled back to the tops of the circles in his own zone after a faceoff win, received the puck from Jared Spurgeon, stood up Jeff Carter at the blue line, used his speed and power to drive past Anze Kopitar, and when Drew Doughty didn’t have enough time to catch up, veered to his left to reach and slide the puck past Jonathan Quick to win the game 12 seconds into the extra session. It was a rough night for Kopitar, who was unable to impede Granlund’s net drive and finished with one shot on goal and two shot attempts as part of a night in which he logged a minus-three rating. Kopitar was also among the players who had chances to either score a late go-ahead goal or build a two-goal lead when Jonas Brodin got a piece of his stick on a rebound attempt, denying what could have been the eventual game-winner late in the third period. In a wider view, grabbing a point on the road against the Western Conference’s top team – a team that is still extremely dangerous even though it was without two top-nine forwards – isn’t a major concern. In the heat of a playoff battle, losing four different one-goal leads when every single point matters stings. 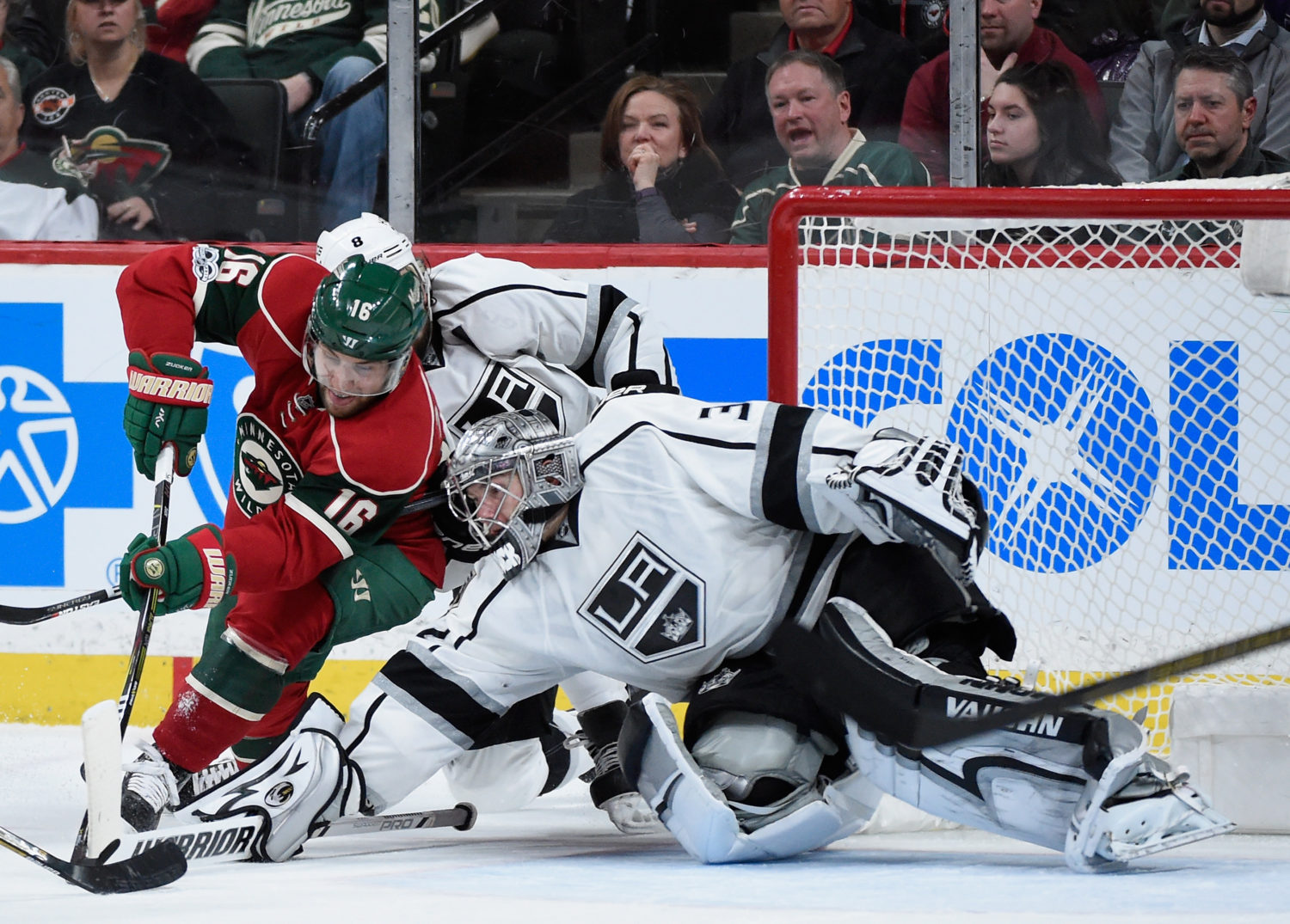 This was among the most Jake Muzziny games of the entire season. He’s drawn a lot of heat, and given some of his performances this season and a minus-16 rating that’s tied for the worst on the team, it’s can be warranted. He made a mistake on the opening Minnesota goal when, during a period of defensemen chasing the puck in their own zone, lost his coverage of Nino Niederreiter, who scored from a welcome mat in front of Jonathan Quick. But in his shift prior to that, he deftly denied a centering pass from Eric Staal to Ryan White that likely saved a goal, and as part of an aggressive, hard performance, he scored a goal and assisted on another. It was an eventful night for him, but one that was positive more often than it was negative. There were other defensemen who had a rougher time. As part of some poor puck management, Brayden McNabb issued a ghastly turnover that indirectly led to Jordan Schroeder’s greasy goal off Nick Shore’s stick and was also leveraged by White on the Wild’s third marker. Paul LaDue, who took part in warm-ups, is cleared to play and could be an option tonight, perhaps in the place of Kevin Gravel. 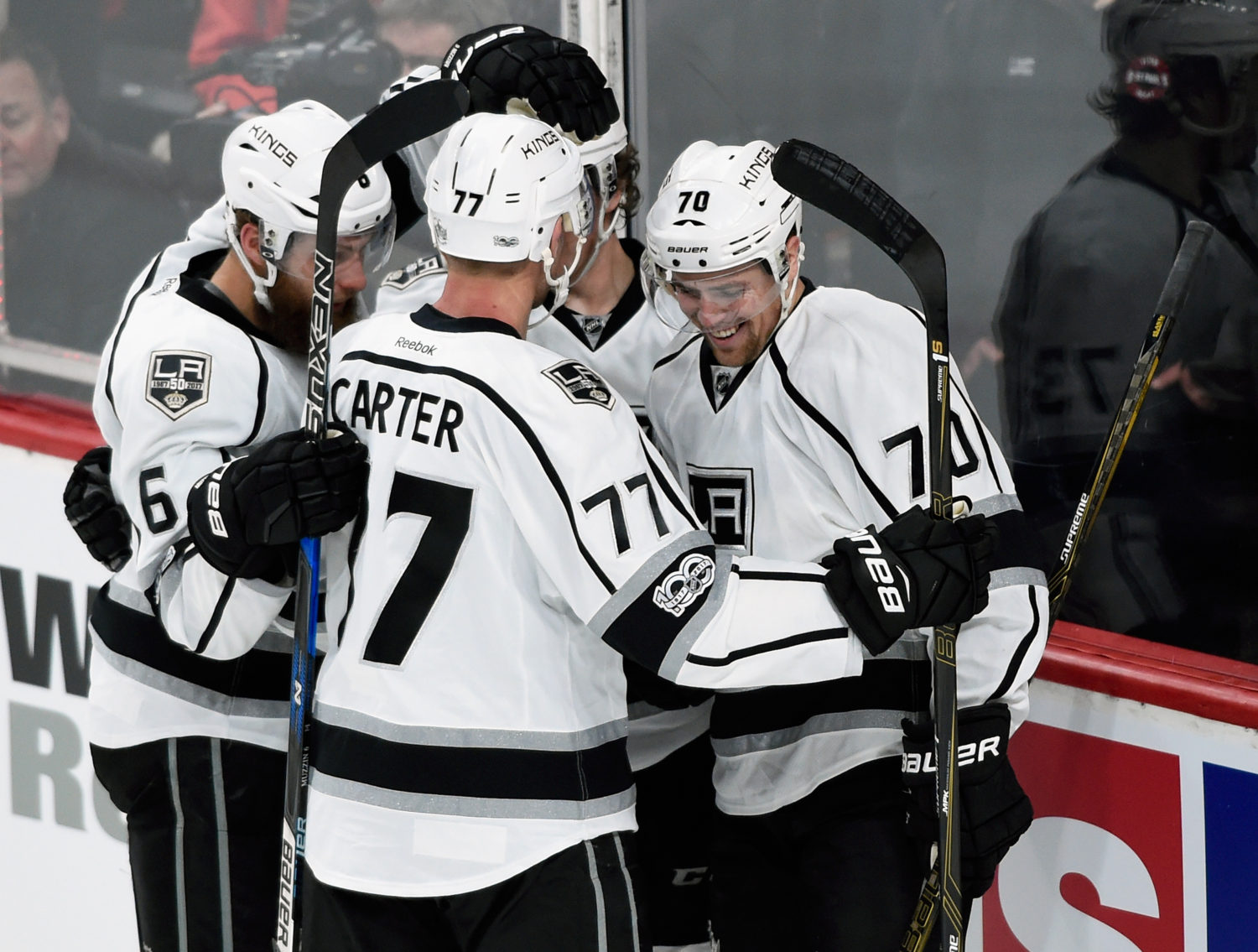 Minnesota entered the night tied for the league lead in power play percentage, and while they didn’t score on either man advantage, did draw momentum from them. After Tyler Toffoli’s minor, the Wild took three shots on goal during the ensuing power play, and after it was killed, took four more shots and scored a goal before the Kings registered their next shot. In the third period, roughly 80 seconds after Kyle Clifford’s penalty was killed off, Jason Zucker scored on probably the one goal Jonathan Quick would like another kick at the can at. At the other end of the rink, Los Angeles also did a good job generating high-quality looks on Devan Dubnyk, who has now curiously allowed at least four goals in seven of his last 20 starts. Shore’s line was the most impactful for the Kings, and it was clear that there was bounce in Marian Gaborik’s step one game after he was a healthy scratch against Anaheim. Given the need for the team’s production to come “from within,” it’s important that he replicates his one-goal, two-point, 15-minute performance as often as possible over the remaining schedule for L.A. to put itself in the best possible position to make the playoffs. 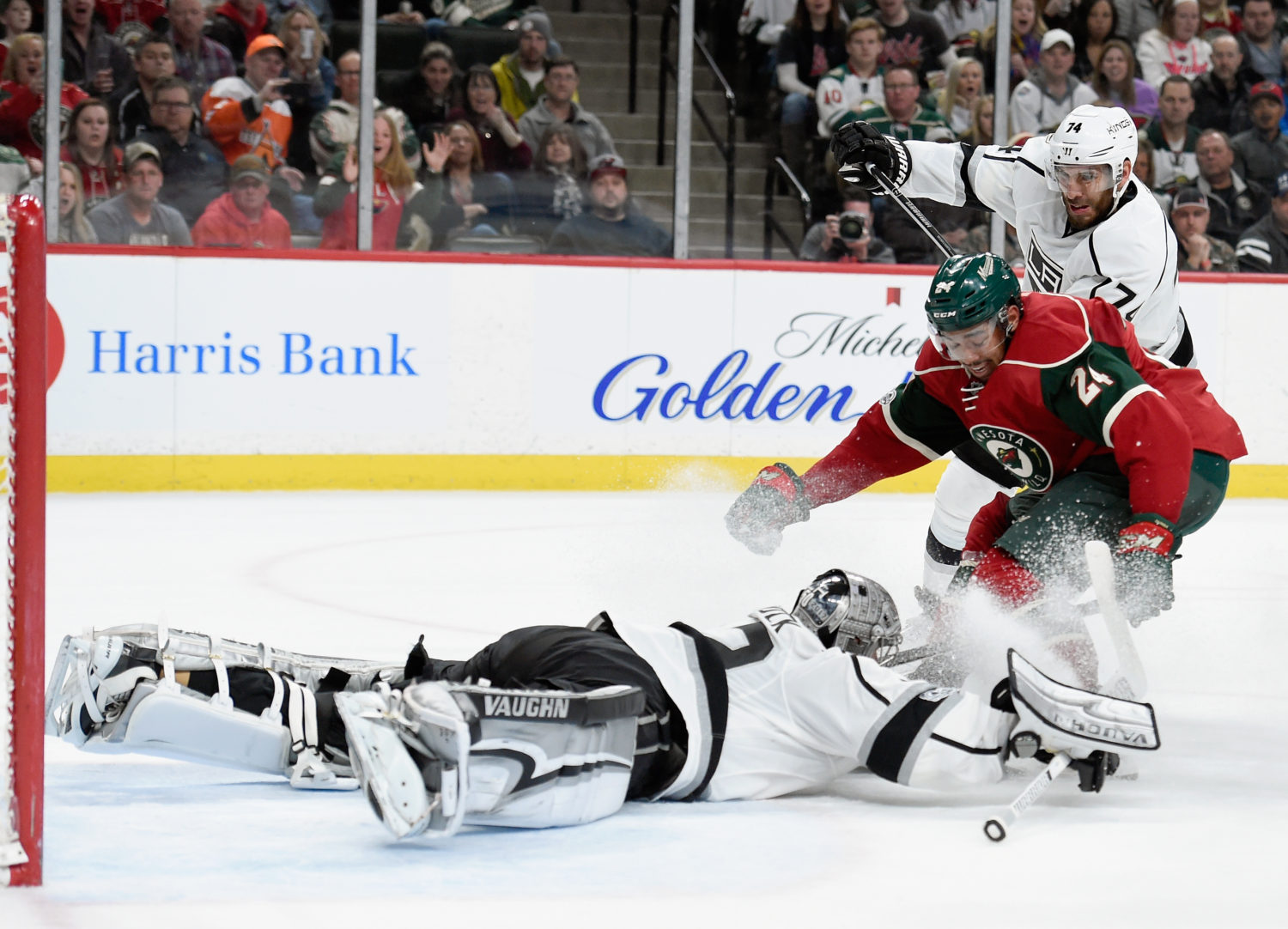 One observation: It was strange seeing Martin Hanzal in a Minnesota jersey! I caught two extended conversations with officials in between draws, and given that he was also wearing #19, is it possible that it was actually Shane Doan who was traded to the Wild? [howling] 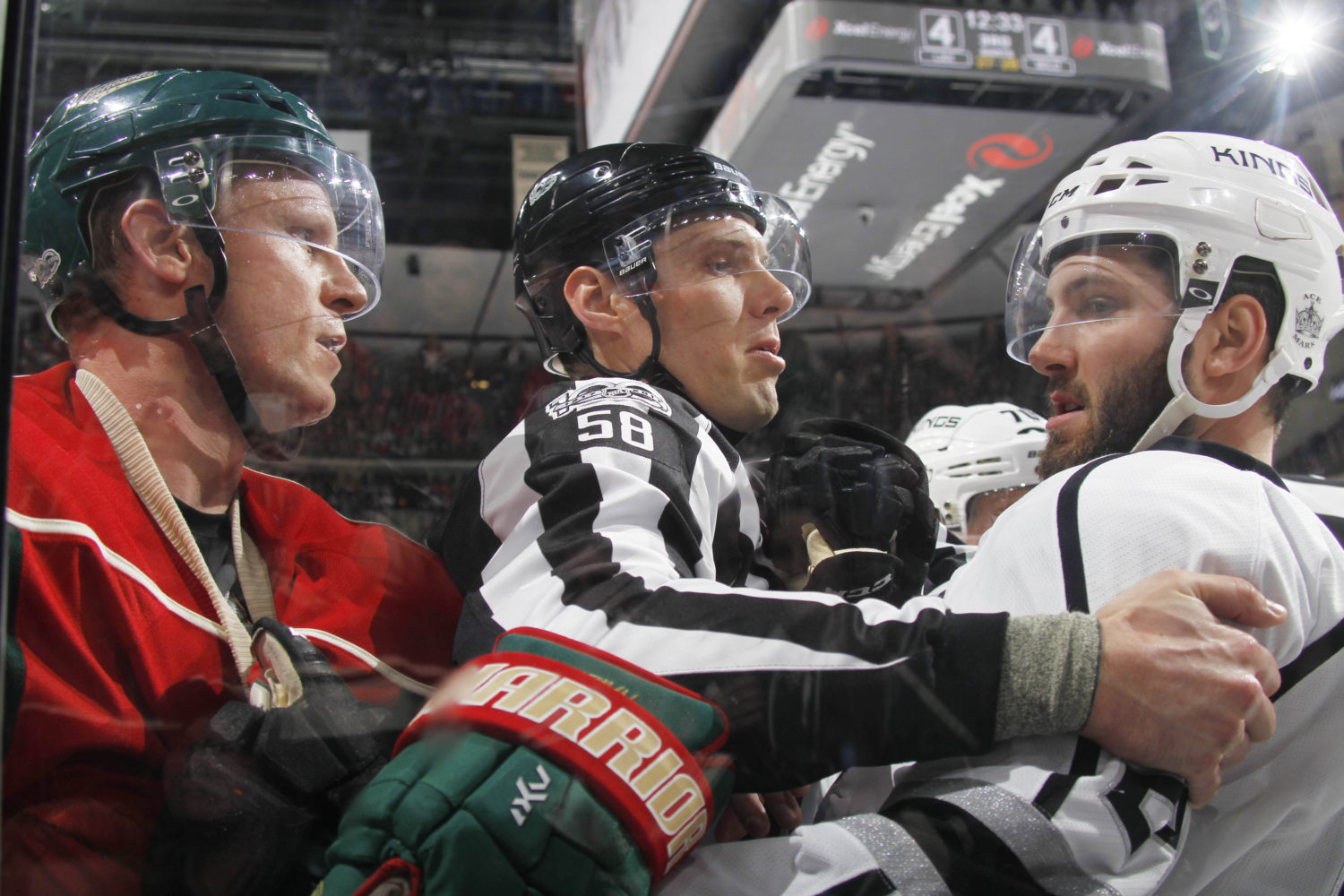