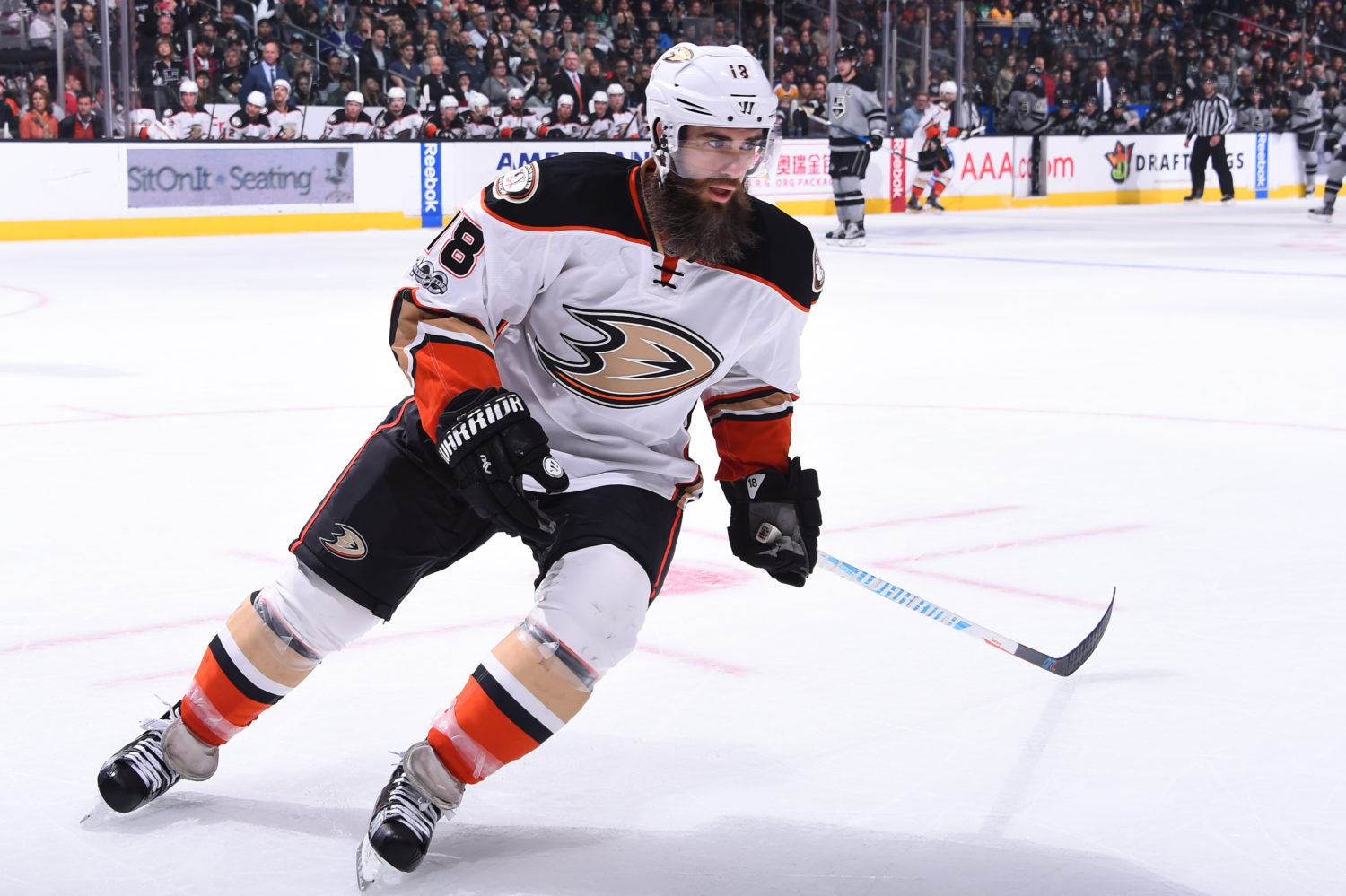 Randy Carlyle, on what led to the Kings taking control in the third period:
Well we made too many mistakes. We made individual mistakes and really gave them the puck and you can’t make those types of mistakes in the area we made and not expect teams to take advantage of it and they took advantage of it.

Carlyle, on individual mistakes occurring more frequently for the Ducks of late:
Well I guess if we had the answer we probably wouldn’t be standing here. We’d be making a lot more money than we do because every coach and every person out there is trying to figure out what stimulates and why people do things and we were in good position and we swung out of position. We turned the puck over, we took some undisciplined penalties, all those things. I wish we had the answer specifically to one thing but it’s a number of things and we’ve played a lot of hockey and you can see that at times there’s tired bodies, tired minds.

Carlyle, on what he hopes his players take in to their bye week:
Just rejuvenate. Re-energize themselves for the next push, you know, and we’re going to have a lot of hockey once we come out of the break so it’s going to be take the first three or four days and then that’ll be it and then we’re going to go back to work right away.

Carlyle, on whether the third period was “discouraging”:
Well no coach wants to give up a one goal lead and we’re not sitting here happy about it, that’s for sure.

Carlyle, on whether his team made it hard enough on Quick:
Well, I don’t know. You know, we hit a crossbar early in the game on the power play, I think Lindholm hit a crossbar. You know, those are the kinds of bounces, but he’s a world class goalie. Battled hard and our goalie played well for us, too. Can’t be discouraged with what Bernier brought to the game. They involved their D-men more later in the game and we didn’t seem to be able to handle that and they were doing a lot of running their D-men down the walls, off the faceoff, stuff like that. So they had control of the puck in those situations and we had to battle hard to get it back.

Carlyle, on whether the Kings were able to elevate their game in the third period:
I don’t know. I think it was a very energetic, hard-fought game hockey game. It was very physical, it was a man’s game and in the end they were better than we were today.

Carlyle, on whether this loss is “tough to sit on” going in to the bye week:
Well a loss like this — we played pretty good for 40 minutes. So yeah, that’s the negative. We gave up three really in the third and the fourth one was an empty net goal but I look at it and say, ‘Hey. We knew this time was coming, we knew the challenges we had and we were ready to play and we competed hard and we didn’t do enough with the puck to finish the game out on the road.’

Cam Fowler, on what led to the Kings taking control in the third period:
I mean, just a few bounces. Few mistakes, you know, odd man rush, high tip. It’s standard stuff but we let them get all the momentum and then by that point it was tough to get back in the game.

Fowler, on Toffoli’s first goal of the game:
Yeah it was just a weird play. I’ve got to be more aware of Toffoli in front but when it first happened I thought that it was underneath his paddle so I hesitated for a second but I still have to see the play through and make sure that I tie up his stick there so that one’s on me.

Fowler, on whether having the lead going in to the third period makes the loss more disappointing:
Well I mean, you can’t do it every time. You know, credit them. They came out and you could obviously tell that they were hungrier and more desperate in the third so you have to tip your hat to them but we made it easier on them than it should have been. In a tie hockey game you can’t give up a 2-on-1 like that and then after that, you know, we’re only down one and then at that point they score 15 seconds later so it’s just the way that it happened that’s disappointing. Give them credit like I said, but they way we let them get momentum back in the game is disappointing.

Fowler, on whether the Ducks are “welcoming” the bye week:
I think so. I mean it’s been a grind of a season so far. Lot of games in a short amount of time so I know that guys in here will welcome the break. You know, if there’s nothing bothering them physically at least it’s just a little bit of a mental break. It’s a long season mentally and physically so I’m looking forward to a little bit of downtime and then being refreshed for the last leg of the season here.

Patrick Eaves, on playing his first game for Anaheim less than 24 hours after being traded:
Yeah, I think I got my legs under me halfway through the first there and yeah it was turned upside down there for a second but tell you what, I’m really excited to be here and just being a part of this group. I mean it’s only been one game and I feel like I’m a part of it. The guys have been great and I played against a lot of these guys for a while so it’s finally nice to join them.

Eaves, on whether he was “learning on the fly”:
Yeah, yeah. The coaching staff did a great job of getting me up to speed for the game and obviously over this break I’ll get brought up even more. So yeah, systems are a little different but you’re still playing hockey.

Eaves, on the last time he was in a similar trade situation:
I got traded to Nashville. I guess that was kind of the last situation, a couple years ago. But that was a different situation than it is now and we’re looking to make a run to get in to the playoffs and yeah, I hope to be a part of that.

Eaves, on drawing two penalties in the first period:
Yeah I tried to get my legs going and give our top guys the opportunity on the power plays is big. So if we can win the specialty battles and get them out there more the better team we’ll be.