Good afternoon from El Segundo on a chilly (if we’re grading on a curve) February afternoon. The Kings took the ice for their game day skate well in advance of 10:00 a.m., and though I missed the first set of line rushes due to Thursday morning traffic, the team rolled through lines later in the morning:

-There was some encouraging news on Jordan Nolan (muscle pull) and Paul LaDue (upper-body). We’re getting a bit closer to getting a stronger sense of a return for Nolan, who participated fully in the last two morning skates and should go through a regular practice tomorrow. “He’s getting closer. He’s better today,” Darryl Sutter said. Nolan said that he’s still sore and expects to have to play through a little bit of pain for the remainder of the season, but that it shouldn’t be anything he won’t be able to handle. Though he didn’t rotate through the first three defensive pairs, Paul LaDue skated after missing Tuesday’s morning skate and game. He confirmed that his injury took part in a tangle-up in a corner with roughly 15 seconds remaining in the Anaheim game last Sunday and that it should keep him out for “not too long.”

-The Kings are on a penalty killing tear, having emerged successfully from 35 of the last 36 shorthanded situations. “I think we’re adjusting,” Dwight King said. “I think we’ve played a lot of different styles of power plays. I think it kind of helps obviously late in the season, there are teams that kind of mimic each other in their layout, so I think we’ve seen almost every different style. It’s just a matter of reading the personnel that each team has. I think guys are tuning in a little bit on that.” It’s interesting – penalty killing retention over the course of a season often takes place most thoroughly through video, not practice, because you don’t want players laying out to block shots at 10 in the morning in El Segundo. I spoke with King and John Stevens about what has stood out about this particular stretch as opposed to other strong PK stretches, and in addition to the familiar point of view that tight penalty killing detail is an offshoot of a team’s five-on-five play, learned some interesting bits that I’ll share shortly.

-Also excellent penalty killers: the Boston Bruins, who lead the league with an 86.6% mark. (It’s part of a very good special teams package overall in Boston.) It’s always nice to have the Patrice Bergeron Lamborghini and the Brad Marchand Ferrari in your shorthanded garage, but the Bruins have also received shorthanded goals from Brandon Carlo and Zdeno Chara, both defensemen, as part of an aggressive kill. Boston will turn to Anton Khudobin in net. Khudobin, 2-5-1 with a 3.05 goals against average and .888 save percentage, will make his second start since December 23. He earned a win by stopping 29 of 32 shots in a 4-3 win over Vancouver in his last outing. Since Interim Head Coach Bruce Cassidy replaced Claude Julien, Boston is 4-1-0 and has averaged 3.8 goals per game. The lone setback was an entertaining 5-3 loss in Anaheim last night. The Bruins, tied for the second Wild Card berth with the New York Islanders and Panthers but without games in hand, have been doing a good job generating scoring opportunities under Cassidy and lead the league with a 55.5% CF%. The Kings rank second at 54.9%, so we’ve got ourselves a good, old-fashioned CORSI FIGHT at Staples tonight.

-More to come shortly, Insiders. Darryl Sutter quotes will follow. In the meantime, blow your mind out with this report. And here I was like a dummy, thinking Trappist was just a really good type of beer. Tonight’s officials are referees Steve Kozari and Marc Joannette and linesmen Mark Wheler and Matt MacPherson. Tim Kepler will perform tonight’s national anthem. Let’s talk soon, Insiders. 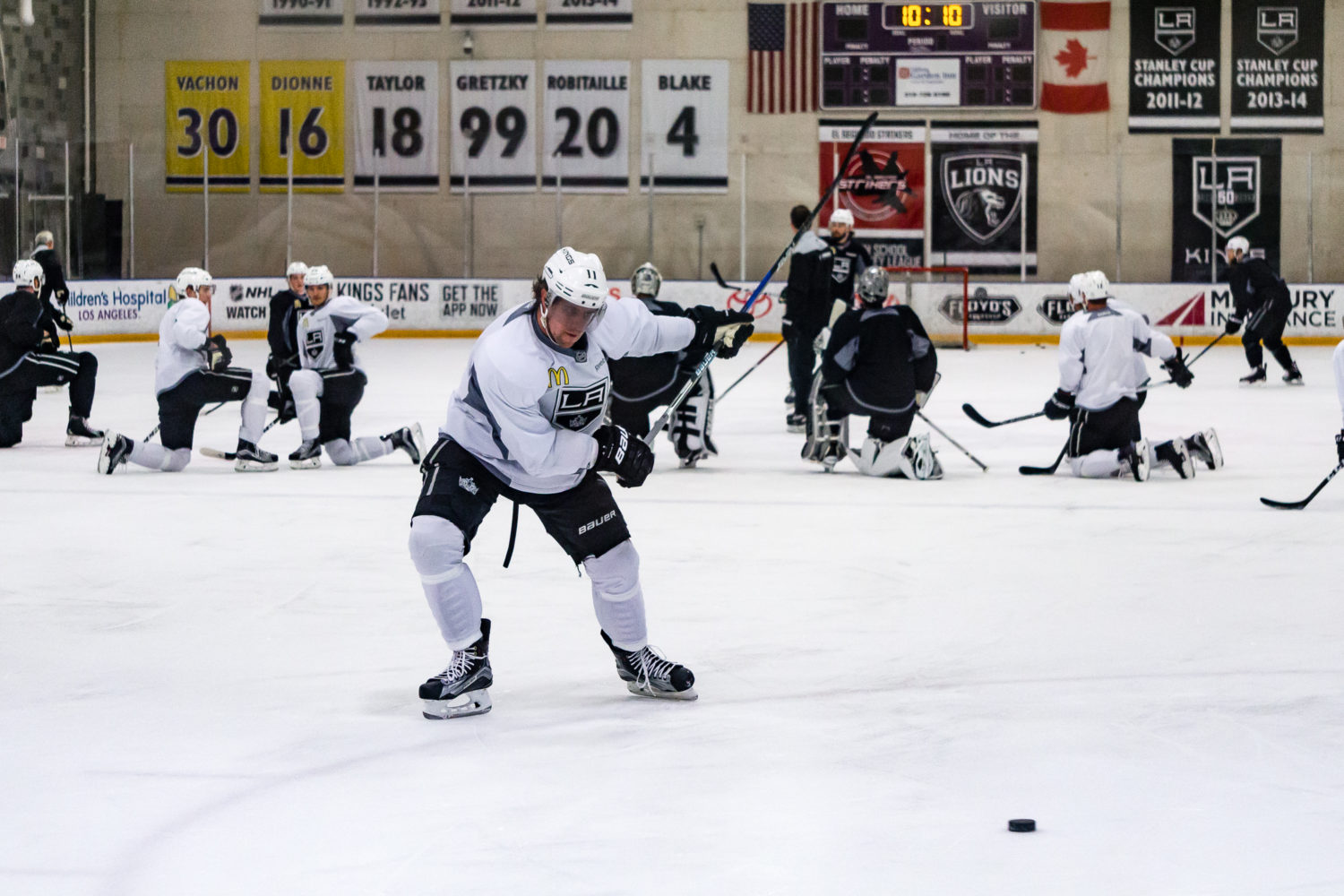 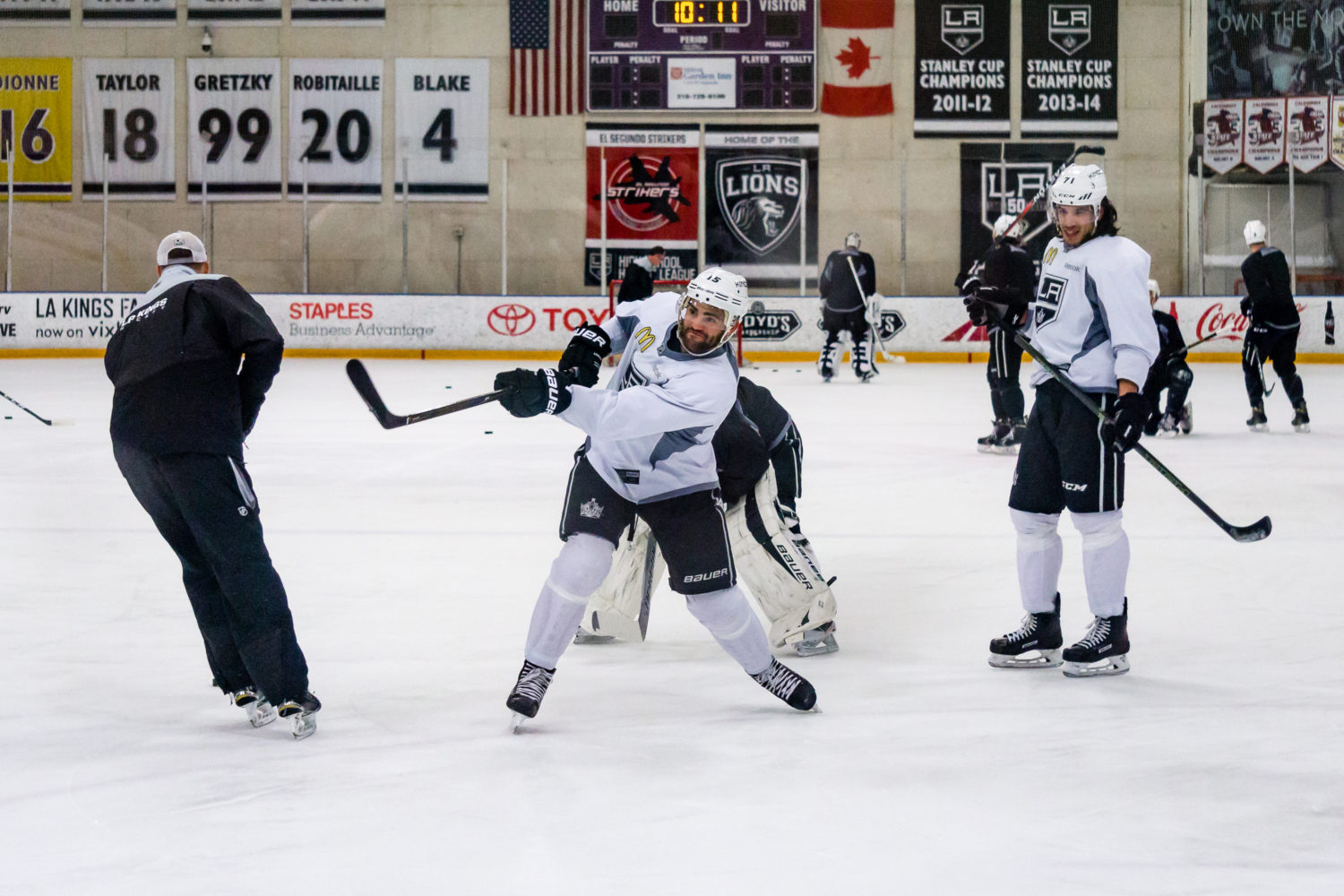 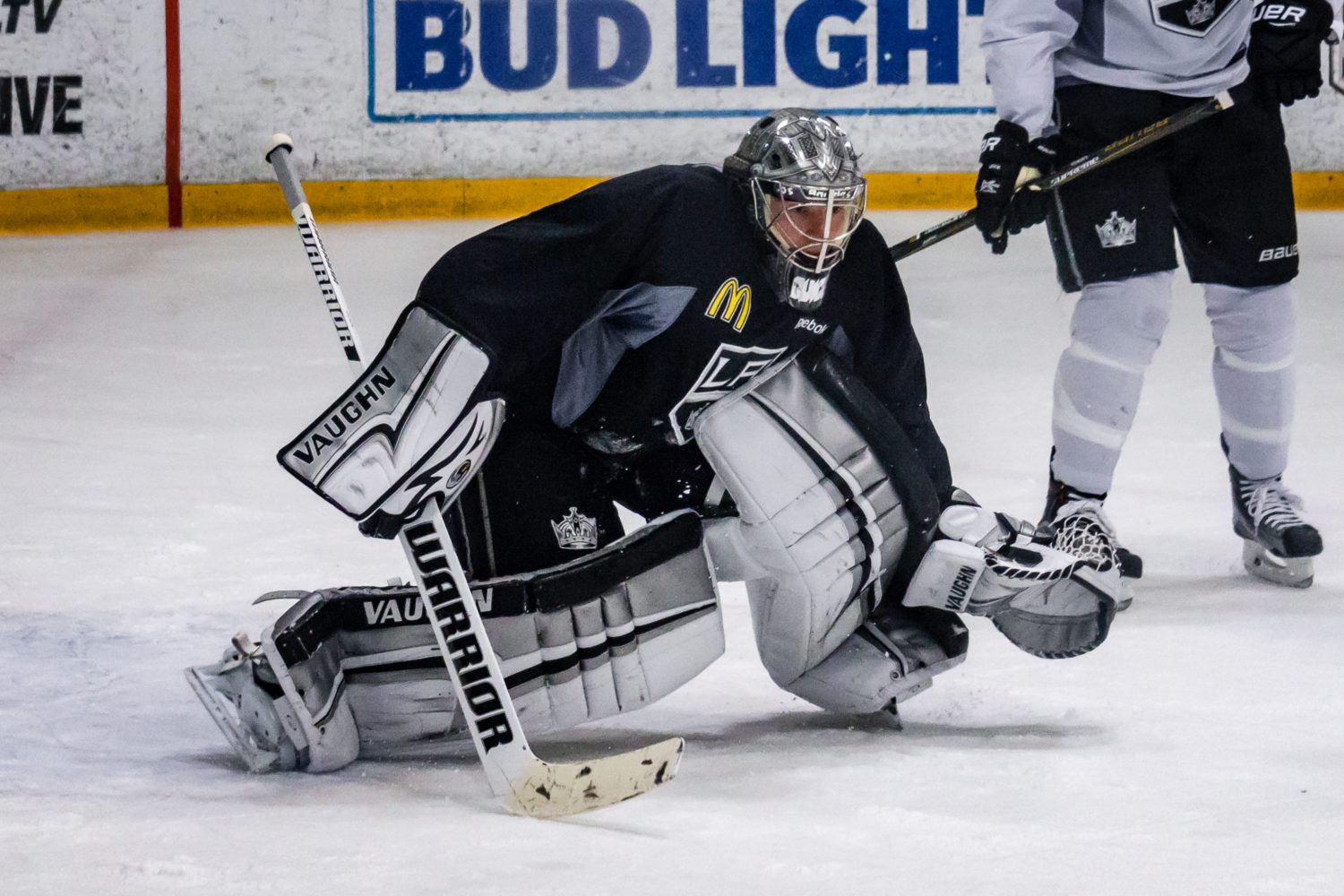 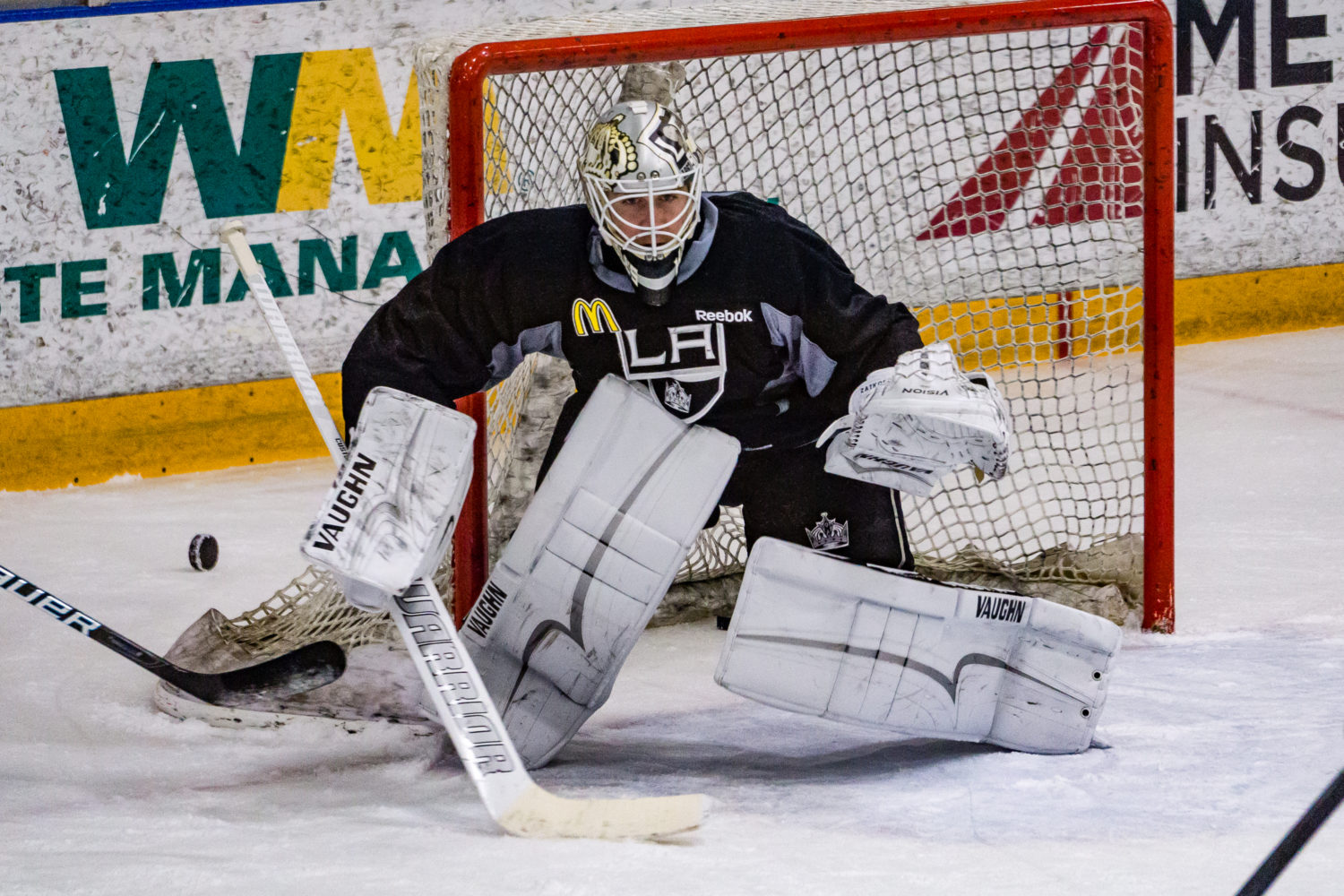 Jonathan Quick faces shots on February 23, 2017. His projected return remains the first half of March.