It’s dark here in Denver, so I might as well get to a couple of notes learned from today’s practice at Toyota Sports Center. The Kings took the ice for an optional skate administered by the associate coach and assistant coaches at 11:00 a.m. As noted earlier, Jonathan Quick (groin) took the ice and appeared to get a heavy, extended workout in net before returning to the dressing room at the very end of the skate. Jordan Nolan (muscle pull) was again wearing his red non-contact jersey in practice, but until he takes the ice at the outset of a full team practice, it’s a bit premature to start talking about a timetable. It was an optional skate, so no line rushes were held.

-Jake Muzzin (minus-12 since January 1) and Alec Martinez (minus-13 since January 1 and minus-11 over the last six games) have been struggling. I’ll save my story for when I speak with Martinez after tomorrow’s morning skate, but Muzzin, who Darryl Sutter said could improve at both absorbing and initiating contact as aspects of being a physical defender, spoke about the need to return to some basic fundamentals. “You’re playing as well as you’re capable of, you try to do too much and you try to force things and then you end up playing worse. And then you get down on yourself and you get frustrated and stuff like that, so keeping it simple is huge,” he said. “Getting back to the basics is important for me.” As the former executive director of The Jake Muzzin Appreciation Society, I didn’t find that to be the easiest sentence to read.

-I’ve been asking about several players on other teams whose names have been linked to trade speculation and reports, and another guy you shouldn’t get your hopes up of seeing in a Kings sweater is center Martin Hanzal. I noted this in the commenting section earlier today, but the price is just too high for the 6-foot-5 Coyote who plays with a hard edge and has remarkably smooth hands for a player of his size. Arizona is asking for a lot, which they should, because Hanzal is a very good player who could play a second-line role on a good team (or a third line center role on a championship-or-bust team). Again, Los Angeles is not looking to part with significant assets – they’re avoiding anything resembling the Andrej Sekera situation – but is looking to acquire a wing who can play with Anze Kopitar and won’t command a pretty penny. Any hypothetical “large” trade would take place in June, based on ongoing conversations. As noted a dozen or so times on Twitter, in practice reports and in commenting, don’t get your hopes up for Gabriel Landeskog.

-The Kings and Eisbaren Berlin (translated: Berlin Polar Bears), are linking up so that the Kings will oversee all hockey operations and “administrative matters.” LA Kings President, Business Operations Luc Robitaille and LA Kings and AEG Sports Chief Operating Officer Kelly Cheeseman have been named to Eisbaren Berlin’s Board of Directors, with Robitaille serving as the president of the board. From an early glance this isn’t anything that many will find particularly groundbreaking, though it does continue to solidify the link between the two AEG-owned properties. Members of the Kings’ business operations, game operations and data analysis staff travel to Berlin semi-frequently to assist the execution of business matters, and this partnership extends to hockey operations, as well. Senior Advisor to the General Manager/Development Mike O’Connell was also on hand for today’s announcement. I’m going to gather a bit more information tomorrow to see if there’s a story I’d like to put together, but if you’re HUNGRY FOR SOME CROSS-PARTNERSHIP, LAKings.com has your fix. For what it’s worth, I asked a team source if there were any plans to bring the Kings back to Europe for a preseason or regular season game – Los Angeles faced the Hamburg Freezers, a former AEG-owned club that no longer plays in the DEL before traveling to open up the 2011-12 season against the New York Rangers in Stockholm and the Buffalo Sabres in Berlin as part of the NHL Premiere – and was told that there were no nascent team or league plans to make that happen, though that would be something the Kings would be very interested in. Berlin has won seven DEL championships, most recently in 2013, and is coached by Uwe Krupp.

-The Avalanche lost massive 21-year-old defenseman Nikita Zadorov in practice today with a broken ankle when he got tangled up with highly touted rookie Mikko Rantanen. Oy. I’ll have more on the Avs tomorrow; until then, here’s Mike Chambers’ story from the Denver Post earlier today. 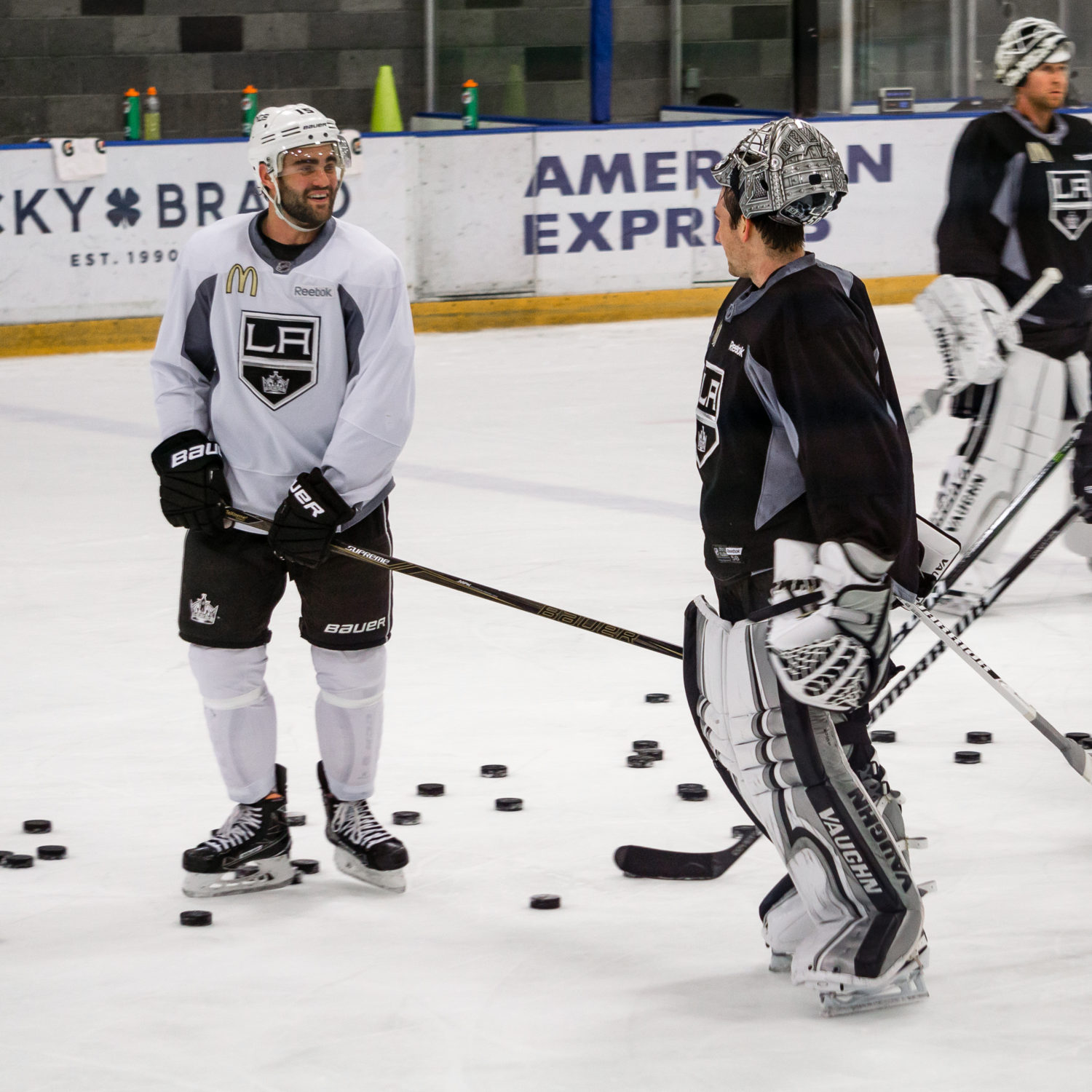 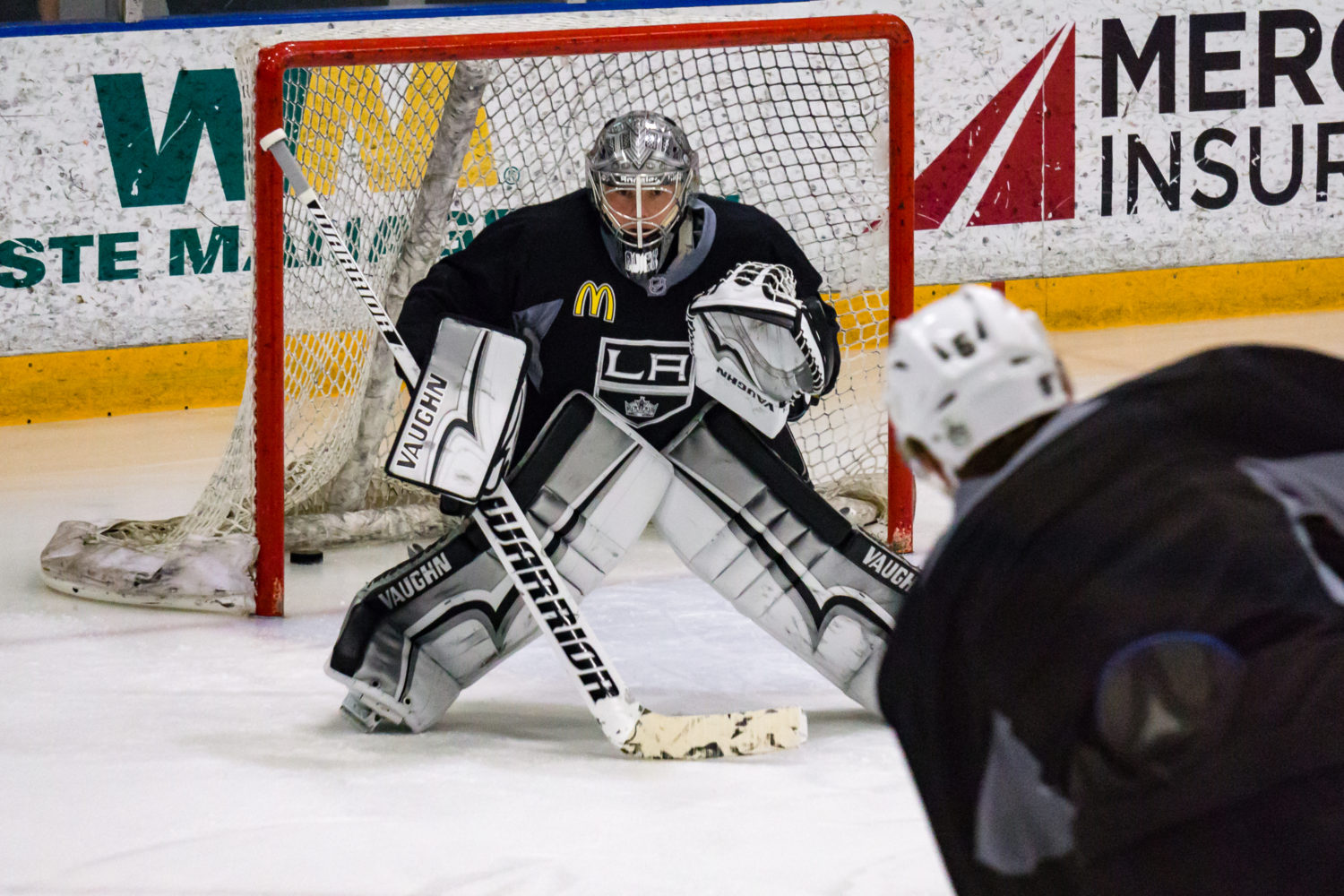 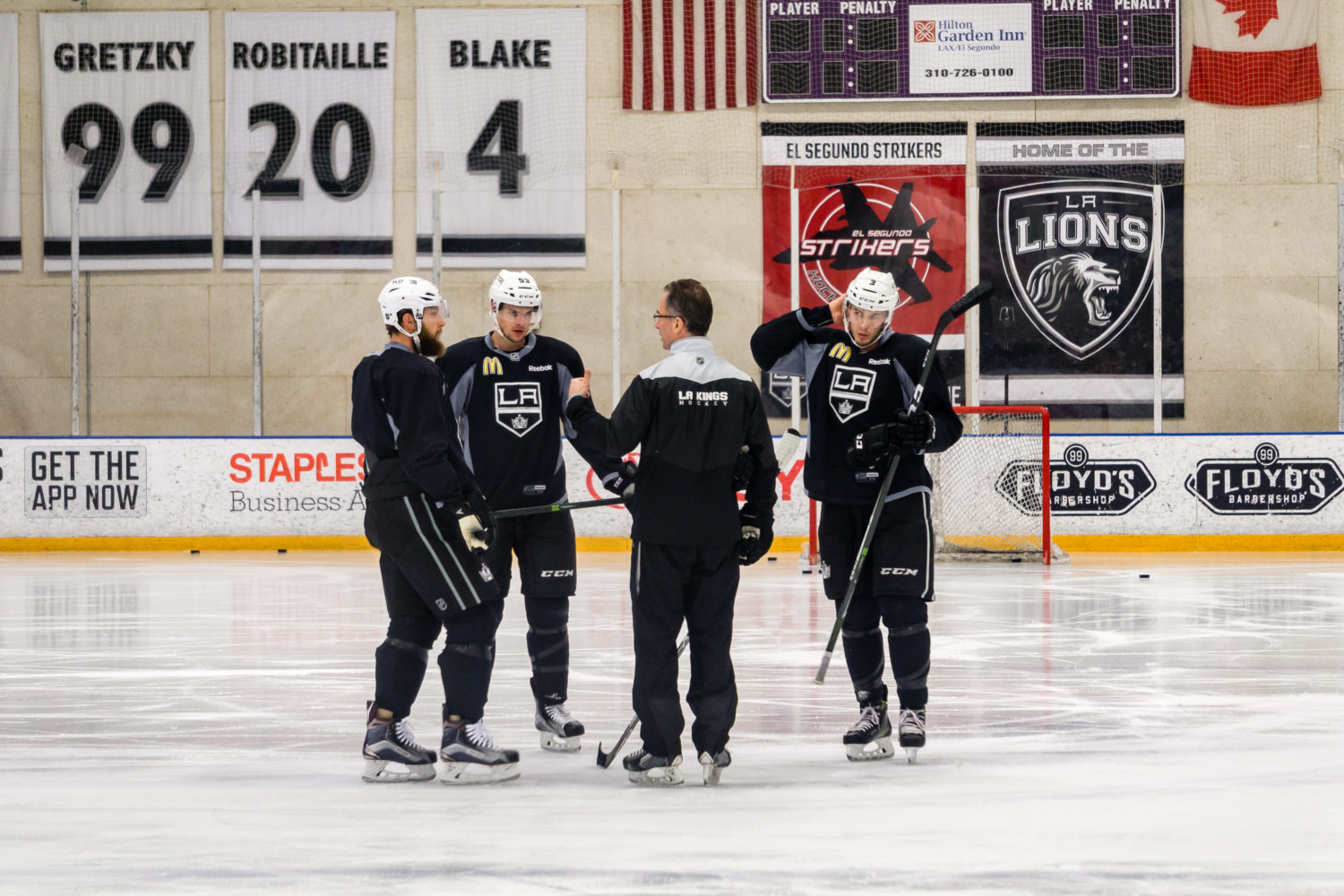 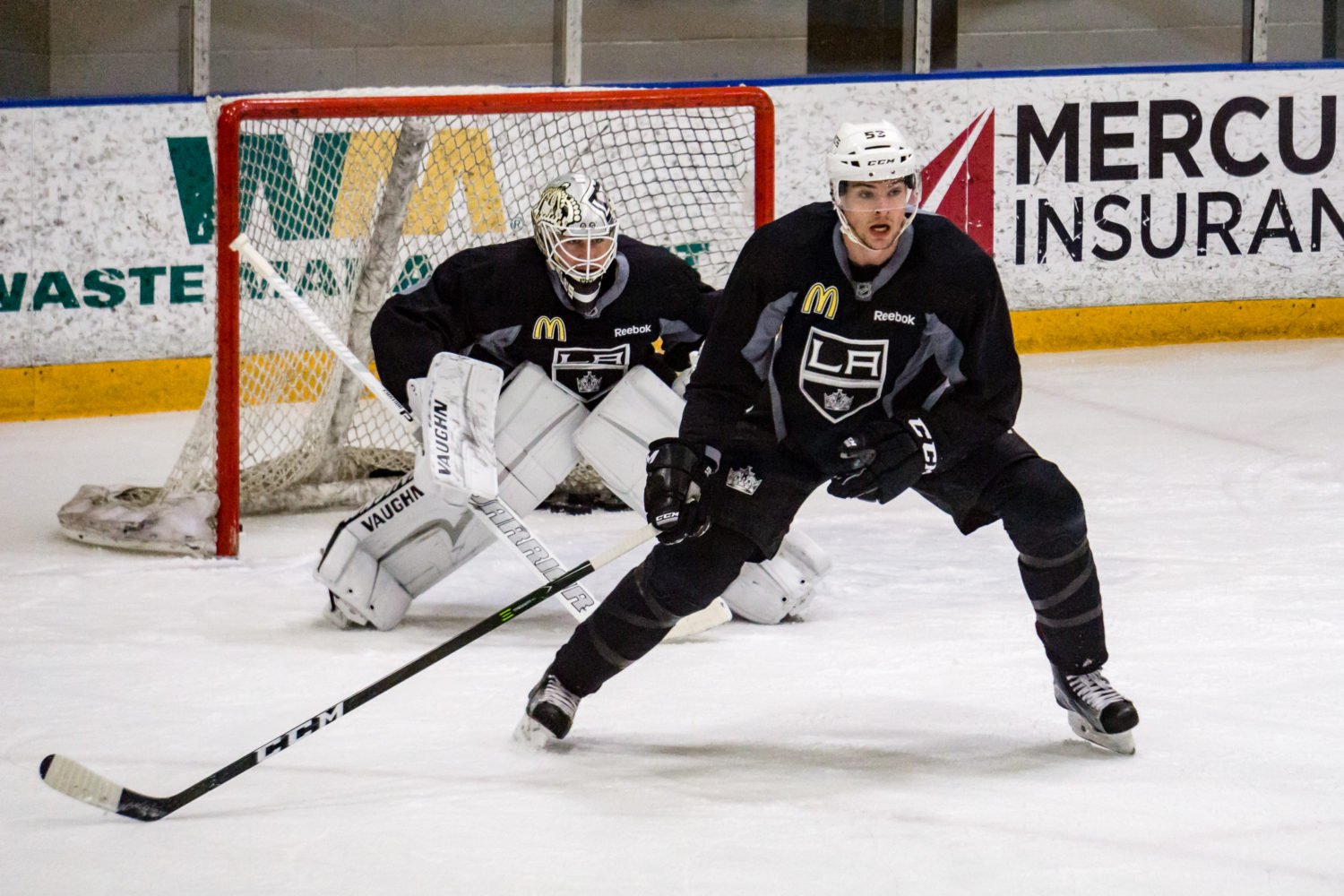 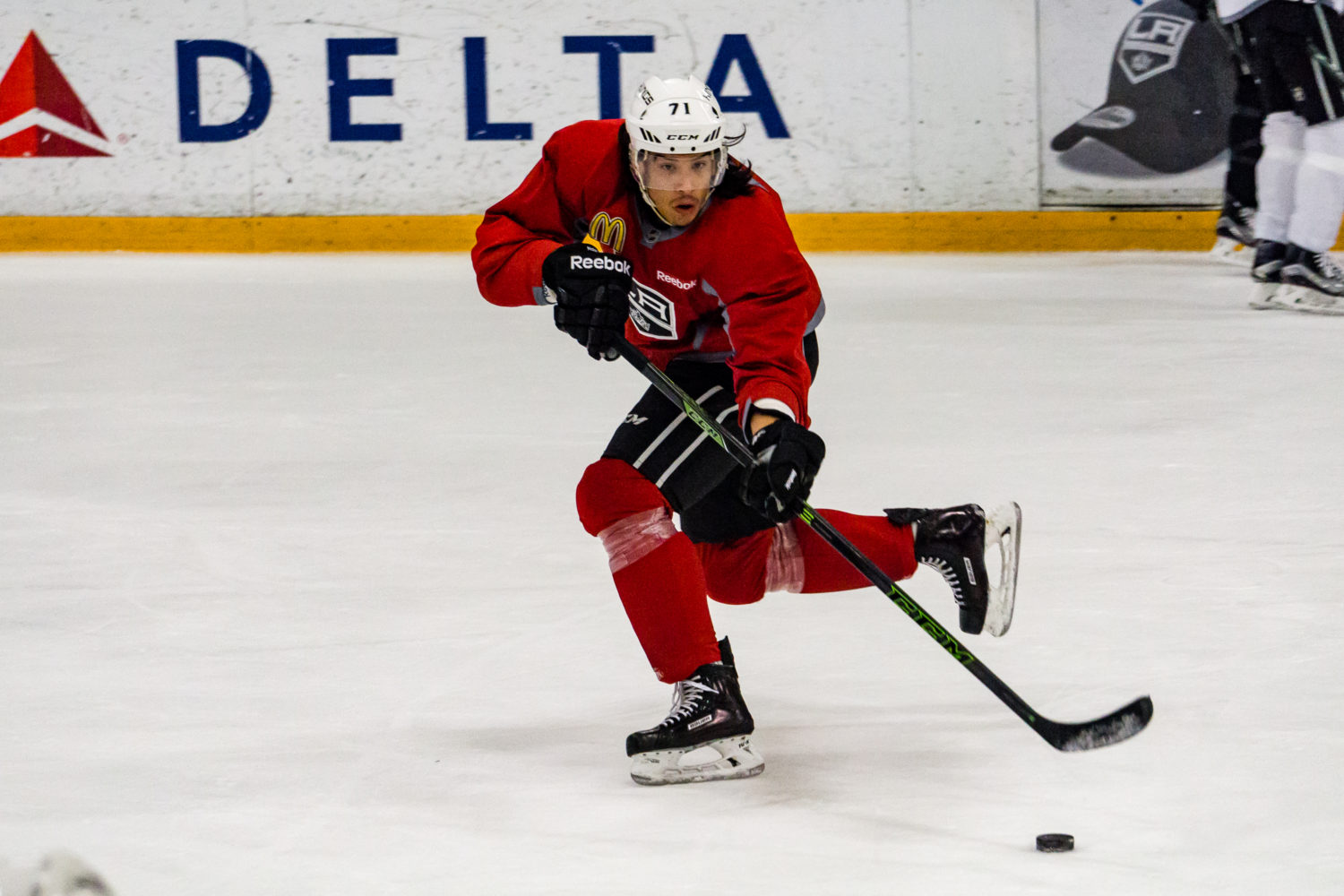