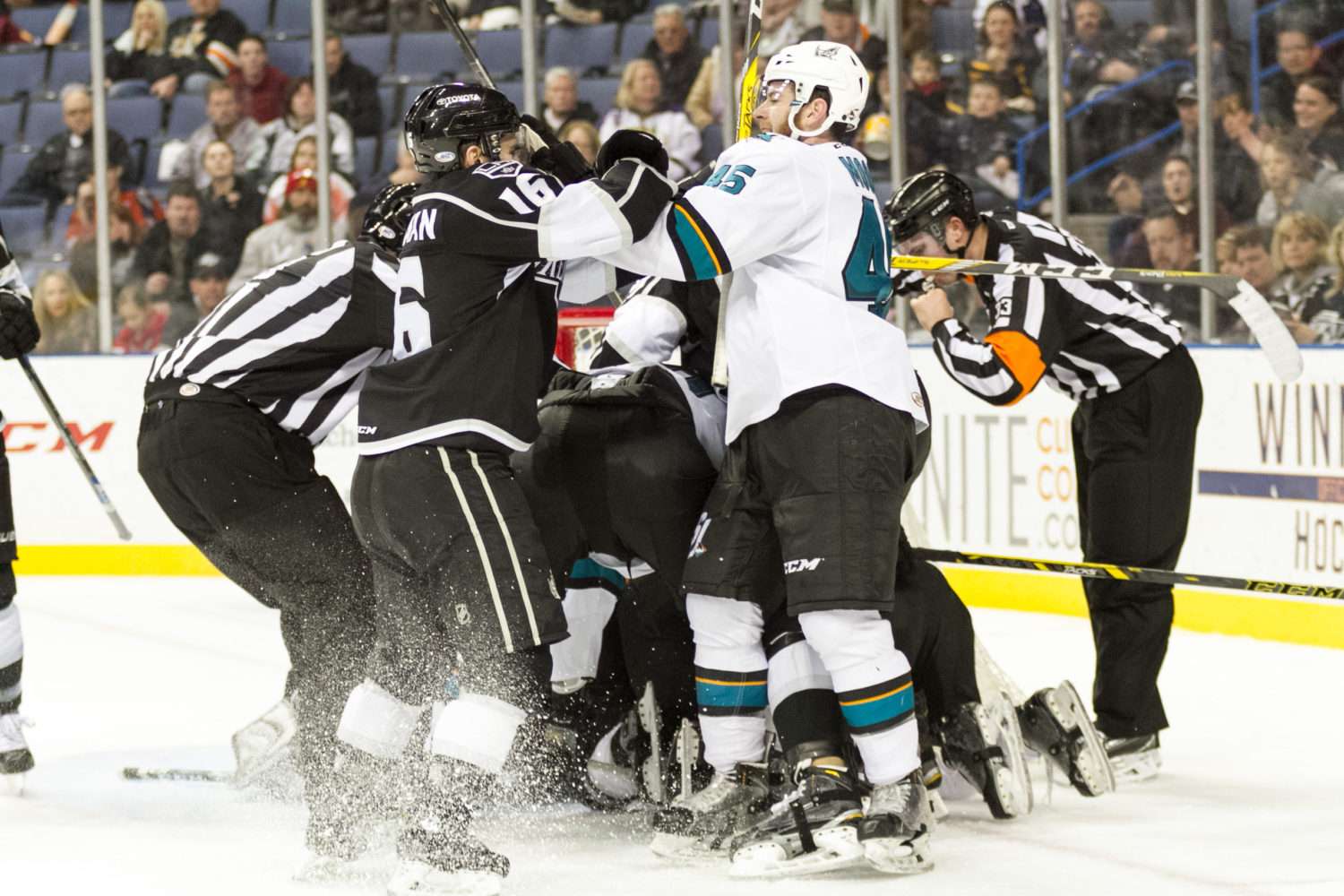 –Goalie Jack Campbell started his 32nd straight game and made 29 saves as his record dropped to 23-10-5.

–Ontario was shut out for the second time this season (previously, a 2-0 loss to San Diego on Feb. 4).

–The Reign were outshot, 31-20, and were led by Cameron Schilling with three shots on goal.

–San Jose’s Adam Helewka was credited with the game-winning goal and a game-high six shots on goal. Helewka has been a Reign-killer of sorts. He has 12 goals in 35 games this season and five of those goals have come against Ontario.

–No changes have been made to the Reign’s lines from a night ago. They aligned as such:

–The Barracuda, first place in the Pacific Division, will be without the services of forward Marcus Sorensen and defenseman Mirco Mueller, who were both recalled by the Sharks this morning.