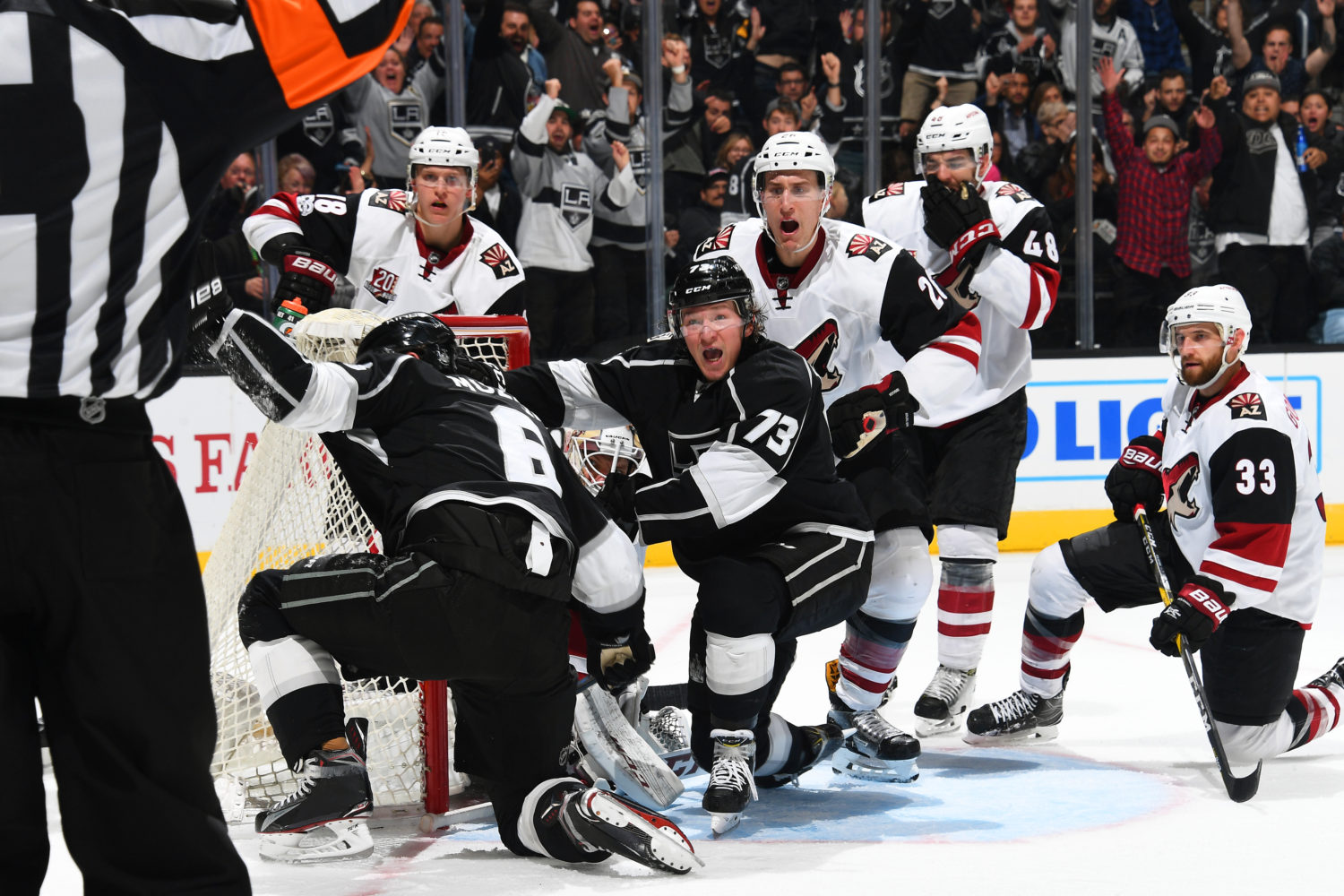 It doesn’t matter a great deal when the Kings lost the goaltending and special teams battle in a three-goal defeat (widened by an empty net goal, yes), but for those looking for the reasoning behind Los Angeles’ disallowed third period goal, the NHL shared its description of the play, with italics used by the league.

Via the NHL:
At 14:31 of the third period in the Coyotes/Kings game, the referee initiated a video review because the puck entered the Arizona net. The Situation Room informed the referee the original shot did not enter the Arizona net, but was saved and remained between Coyotes goaltender Mike Smith’s legs. At that point the referee informed the Situation Room that he had blown his whistle to stop play before the puck crossed the goal line. According to Rule 78.5, apparent goals shall be disallowed “when the Referee deems the play has been stopped, even if he had not physically had the opportunity to stop play by blowing his whistle.” This is not a reviewable play therefore the referee’s call on the ice stands – no goal Los Angeles.

Dan O’Rourke, situated on the goal line, lost sight of the puck and blew the whistle. That happens in hockey, and on Thursday it cost the Kings what would have otherwise appeared to be a legitimate goal. For what it’s worth, both referees are NHL veterans. O’Rourke was officiating his 964th career game, via Scouting the Refs, and was the referee who whistled Steve Bernier for the five-minute boarding major on Rob Scuderi in Game 6 of the Stanley Cup Final against New Jersey in 2012. Brad Meier was officiating his 1,125th game.