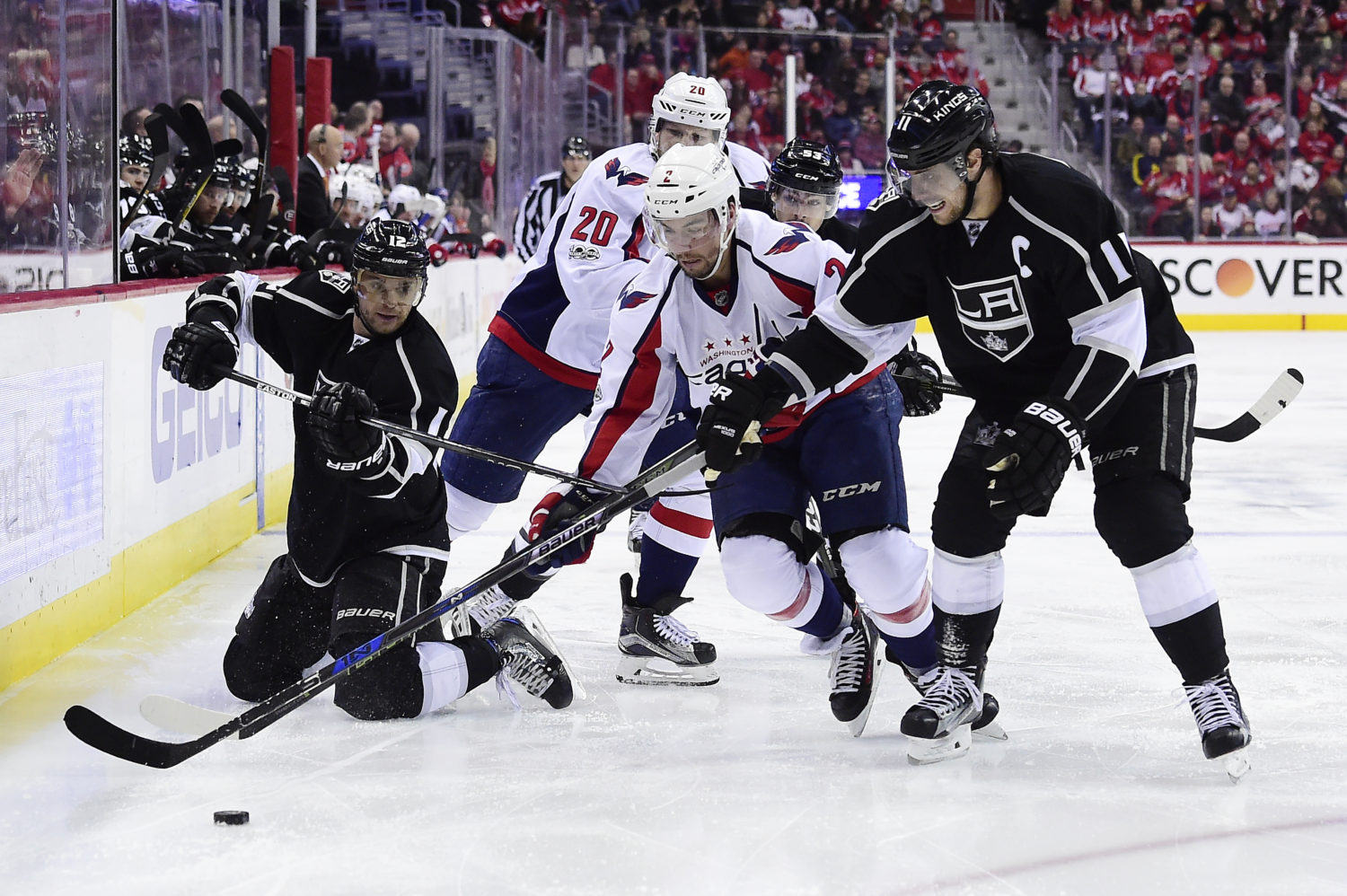 Anze Kopitar, on whether the loss boils down to a lack of checking and D-zone coverage:
Yeah, definitely. I think the first two goals, you know, off our mistakes. The third goal was pretty much a 2-on-0 and the last goal was a missed coverage so a lot of goals that came off our mistakes which we certainly can’t afford to do that against that team so you know, absolutely. Clean up and go from there.

Kopitar, on whether they’ll look back at the mistakes made or just forget about it and move on:
Well you look at it and see what you can obviously improve. We’ve done this for quite a bit of time so we know we’ve got to be better and what things we’ve got to improve on. You know, obviously I think special teams today; PK was good, power play didn’t generate enough where we could’ve squeaked back even with one in the first and then a couple in the second so we’ve got to make sure we cash on those.

Kopitar, on whether the high number of recent road games is taxing on the team:
Well I mean it’s taxing but everybody’s got to go through it so you certainly can’t use that as an excuse. We came in, we were feeling good and we just didn’t play good enough and that was the case.

Jake Muzzin, on whether they’ll look back at the mistakes made or just forget about it and move on:
Yeah, I mean, it obviously wasn’t a good effort for us. As a team with that firepower we have to control the puck better and we didn’t do a good job tonight. Our execution wasn’t good and we gave them opportunities to score and they capitalized on it so can’t let it trickle in to the rest of our road trip here. Learn from it and get back to the way we were playing before and carry that in to Tampa.

Muzzin, on what he noticed the Capitals do well:
Well I mean they can score. Like I said, a lot of firepower and when you don’t manage the puck well and give them opportunities to score, they’re going to score. You give them a little space and they capitalize on it and that’s a danger and we gave them too much space.

Muzzin, on the Capitals scoring a lot in the first period of late and planning for that:
Well we knew that going in to it and we didn’t come out with the right attitude and the right mentality to eliminate that and they got two on us in the first and we were chasing the game.