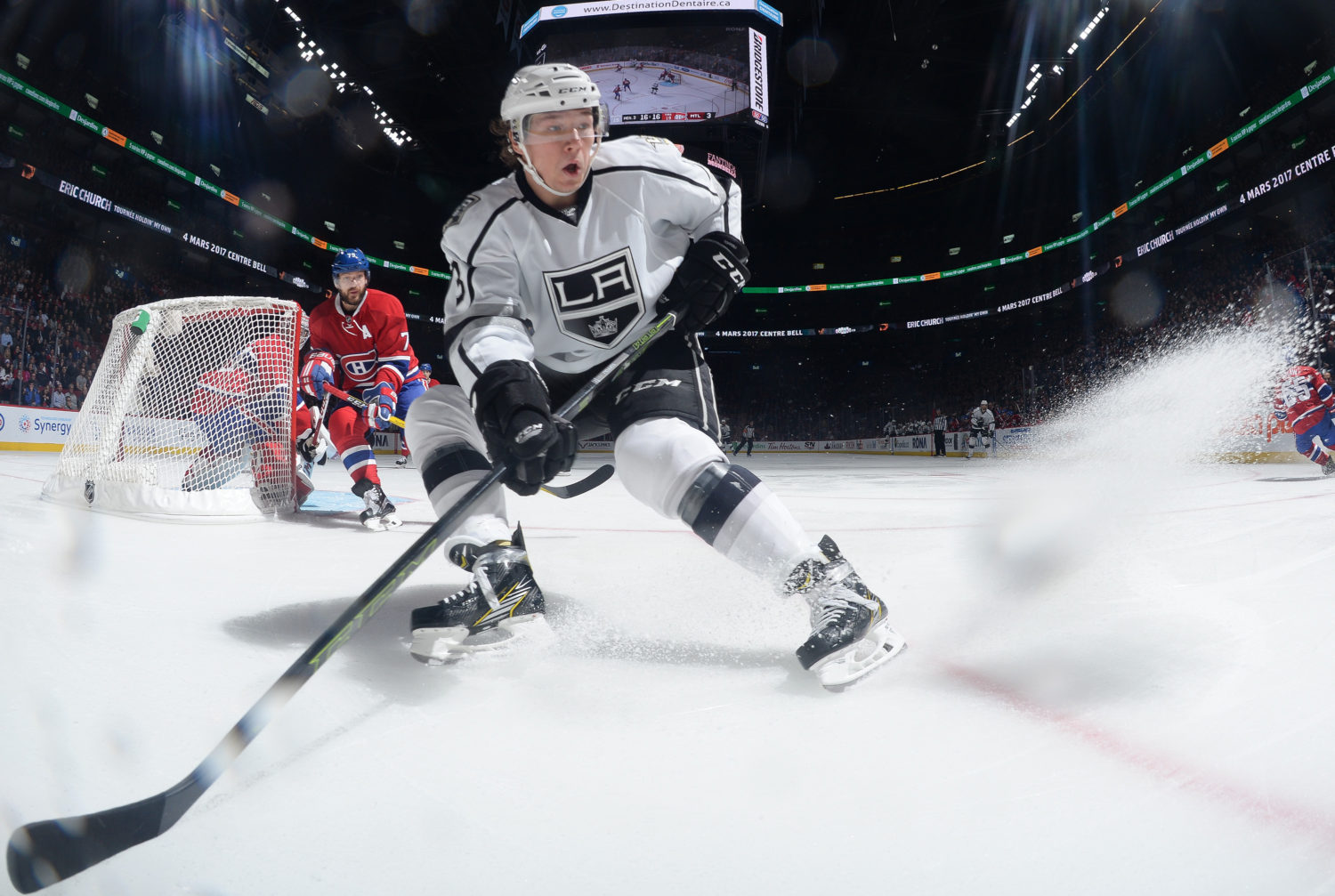 There appears to be a light at the end of the tunnel for Tyler Toffoli, who has dealt with a nagging lower-body injury that is close to being fully healed. The right wing is unlikely to play tonight but is on the verge of returning to the lineup and assisting the Kings in their playoff push.

The 24-year-old, who suffered the injury early in the shootout loss to Columbus on December 20, has continued to skate with his teammates and has progressed to the point where he has rotated through lines at the club’s practices and morning skates for the better part of the last week. Though the injury, which was recently disclosed as a three-to-six-week injury by Darryl Sutter, was suffered six weeks and one day ago, Toffoli hasn’t yet emerged from an ailment that keeps him out of the lineup based partially on pain and partially on the need to re-enter the lineup with high-level conditioning.

“A little bit of both I think,” Toffoli said. “It’s definitely something that’s not comfortable but it’s something that I’m going to have to deal with. It’s not going to affect me or how I play. I’m going to play the way I’ve always played and … when I get back I’m just going to try and do my thing.”

He’s close, and a return to the lineup this weekend in Philadelphia on Saturday or Washington on Sunday doesn’t appear to be out of the question. Though the team held an optional practice in El Segundo on Wednesday morning, Toffoli and Jeff Zatkoff both remained late for extra work, an indication that neither will be in the lineup tonight against Colorado.

“I think I’m almost there,” Toffoli said. “You know, the guys are playing well. There’s no need for me to ruin what they’ve got going, so I’m just gonna keep trying to get better and when the opportunity comes just try and take it in and get back to playing my game.”

Tyler Toffoli, on what the final step is before he’s ready:
Just keep bagging myself. It’s been a while obviously, so I’m getting my legs back under my feet here and just trying to get more explosive and keep doing everything that I’ve been doing.

Toffoli, on whether he’d try and rush his return if things were going poorly for the team:
I’m not sure. I mean, we’re fighting for a playoff spot so it’s definitely not one of those things where you want to be waiting around and waiting for the right time so to speak but the guys have been playing well and guys have stepped up. You look at last night, scoring huge goals at the right time, and that’s what we need for our team to be moving forward.

Toffoli, on whether it’s up to him to decide when he’s ready:
It’s a little bit of both. You’ve got to talk to the doctors and see what they’re thinking and how that’s going to affect so there’s a lot that’s going in to this and then it all comes back to feeling like I’m going to be ready to play and be productive.

Toffoli, on how difficult it is to watch and not play:
It definitely sucks. I mean, like you said the past couple games have been easier, we’re coming out with wins, there’s a way better mood in the dressing room but when we’re losing and stuff like that it’s definitely not easy. Especially where we’re at in the standings, we need to be winning a lot of games right now and it we’re fighting for the playoffs.

Toffoli, on whether he’s been hanging out with Jonathan Quick:
Well, I went on that last road trip – the New York one. But other than that we’re trying to keep ourselves buy, but I mean, it’s not easy when the guys are on the road. You miss it. It’s one of those things where being around the guys, being in the dressing room, it’s one one of those things that you can’t really explain, so it’s definitely sucked and I’ve been feeling for Quickie because he’s been out a lot longer than I have.

Toffoli, on what he does during downtime when he’s not rehabbing or watching games:
Nothing. [Reporter: A little Call of Duty?] Yeah, Call of Duty, hanging out with my dog, other than that I mean, trying to stay busy, but at the end of the day it comes to a point where you’re just like, ‘Let’s go.’ Doing everything you can to get back as soon as you can. [Reporter: Well it’s good for you to take that last trip, then.] Yeah it was good to be with the guys, although I miss some of it when I’m skating by myself out there. It’s kind of brutal but at the same time that’s what you have to do. That’s one of the steps when you’ve been out this long and it’s starting to get to that point where I’m getting the edge and getting pretty excited because I’m feeling pretty good.