The Carolina Hurricanes, much like the Los Angeles Kings, are a detail-oriented club. Players are adept at sticking to and executing the game plan and at playing positionally sound hockey. It has certainly worked at home, where Carolina is 15-5-1 this season.

The Hurricanes have generally been a responsible team capable of stacking the blue line and keeping scores low, though as of late they’ve gotten a little bit away from their detail, having allowed 20 goals over the last four games, all losses. It’s the third-most goals allowed in any four-game span in the NHL this season.

“There’s everything that needs to be cleaned up. There’s not one area of our game,” Head Coach Bill Peters said. “When we’re playing at the highest level and we were playing quite well there for a while, and then we came off it for a little bit and got away with it and still continued to win in some high-scoring games, and then all of a sudden the offense dried up, and we’re still giving up too much quality and quantity, so we’ve got to tighten up and check for our chances and start [improving defensively].

Checking for a team’s chances is a major base of Los Angeles’ play when it’s finding success. So against another team that plays with similarly strong detail that is also capable of checking in all zones, what are the keys towards victory?

“I think just management of the puck,” Dwight King said. “I think New Jersey is another one of those teams, so [these are] two teams back-to-back that traditionally are very good and are pretty smart with their decision-making and they’re both transition teams. A lot of the East teams are transition teams for most of their offense, so it’s just managing the puck, obviously. The important areas are probably the neutral zone or else get it in the offensive zone where they can build their speed going against us. If we do a good job there and get it all the way in, I like our chances of puck possession and what not.”

King and Kyle Clifford – the latter of whom saw time at the morning skate alongside Tanner Pearson and Jeff Carter – spoke about keys towards the final game before the All-Star Break against a team that won 3-1 at Staples Center on December 8.

Dwight King, on fighting the urge to let a mind wander during the last game before a break:
Yeah, like you said it’s probably natural. I mean, the thing about this break, it’s everybody’s on the same page, everybody’s going into one. It’s just a matter of, for our team, we’re still in a pretty desperate situation where we need the points. I think individually it’s something you’ve got to do. Obviously nobody can prepare you for the game, you’ve got to do it yourself. Most people have been through the experience of games before breaks, so kind of lean on what you’ve done in the past and try to stay mentally sharp.

Kyle Clifford, on what aspects of his game he’s liked on the road trip:
I think just keeping it simple, playing hard, and we’re a good team when we pay attention to detail. We execute, we’ve got a good pace, makes all the difference. I think if you look at the Jersey game, all of us came out with a strong identity and that made the difference in the hockey game.

Clifford, on facing Carolina, a team that focuses on detail and structure:
There’s a real attention to detail and it’s going to be a tight checking game. You’ve got to bear down on your scoring chances when you get the opportunity. I think we did that well in Jersey and we have to continue to do that.

Clifford, on challenges of playing a non-rival in a building that doesn’t feature strong attendance:
I mean, we’re fighting for a playoff spot, so we don’t look to get energy from the fans or the building or who we’re playing from. It’s got to come from within. It’s got to come from our room and we know where we are in the standings and it’s going to be a dog fight for the next 34 games. 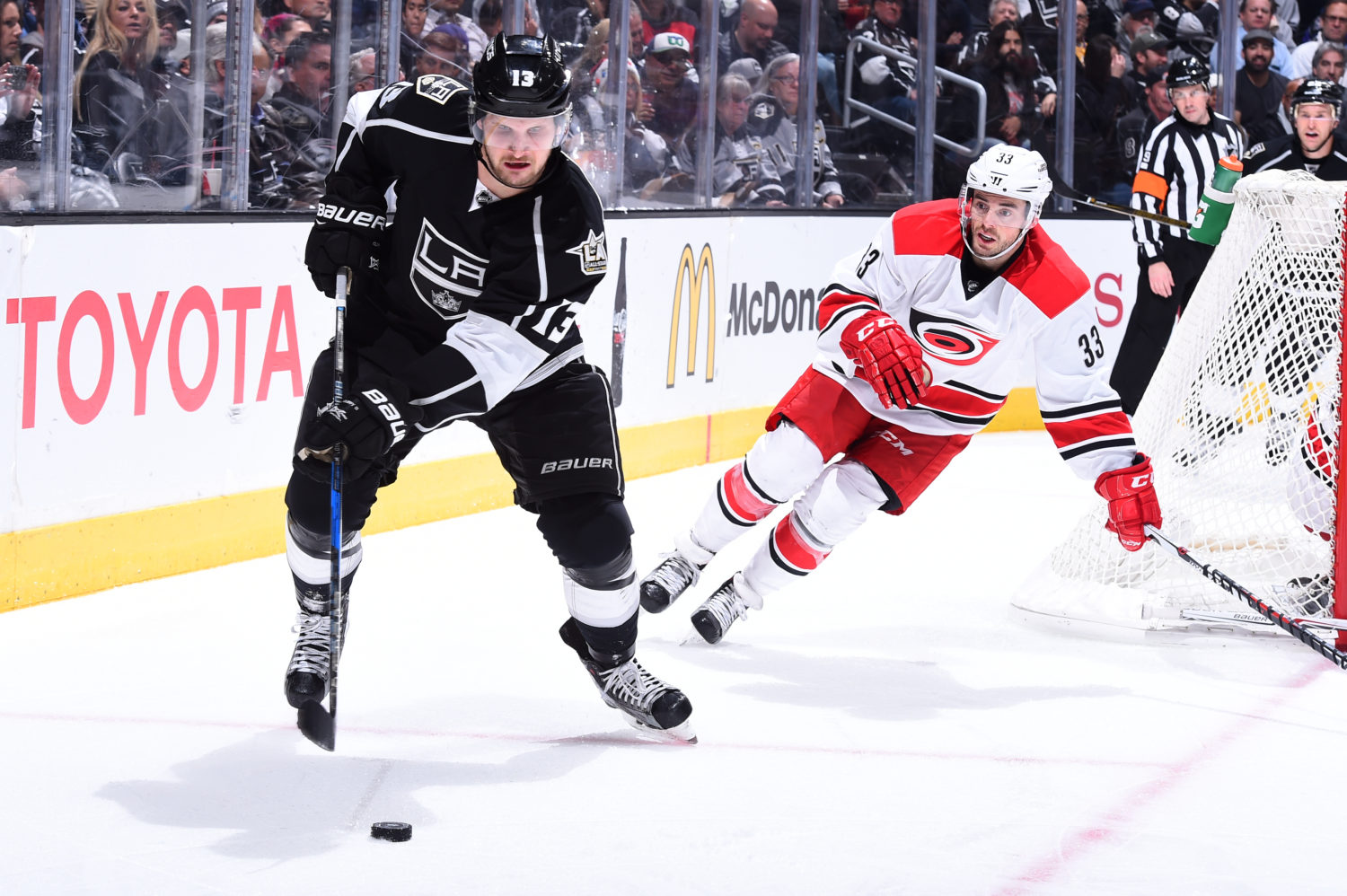