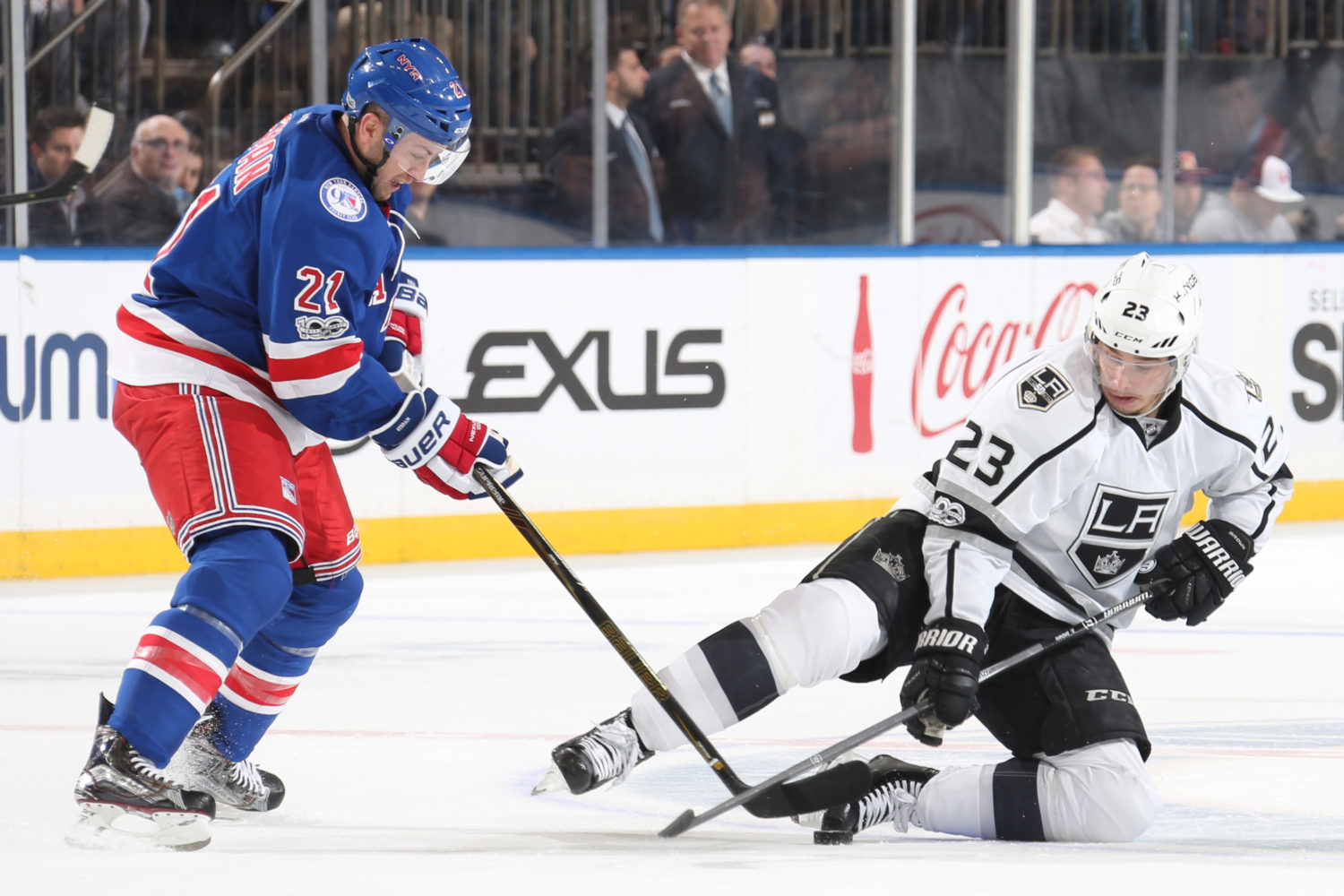 On getting good chances in the first period but not being able to score:
Yeah, we were up against obviously one of the top goalies in the league, so you’ve got to go toe-to-toe with them in terms of the position. We didn’t get saves tonight, and they did.

On whether the Kings are finding it hard to come back against teams:
No, I didn’t feel that. We probably out-chanced them, what, five-to-one tonight? It’s the percentages. [Reporter: I just wanted to ask your opinion on it.] That is my opinion. So the percentages are that you score on a percentage of those chances. The other team’s scoring on not-percentage chances, put it that way.

On the positives in the loss:
It was good to see Brayden McNabb come back in and give us a real step forward. I think Lewie, it’s tough. We go shorthanded, Lewie goes back, plays center for us. I thought whoever he played with in that line did a good job. I think we had a lot of opportunities. You’ve got to finish. At the end of the day, we need better goaltending in there. I think our goalie stole us a game other than one game this year where we pulled the goalie and put one in. Got to steal a game once in a while. I’m sure they feel the same way.

-stick tap to Jesse Dougherty for the audio