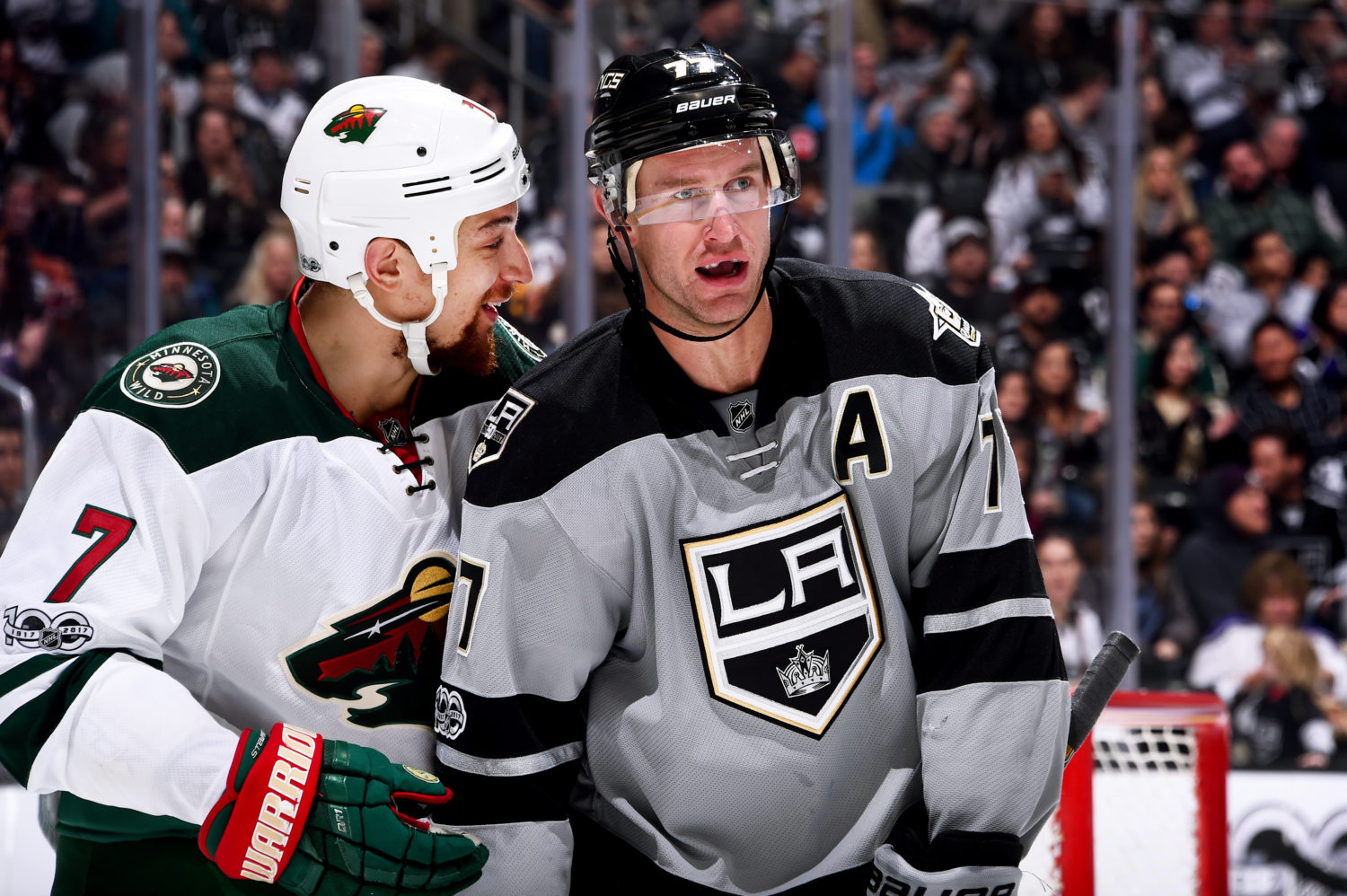 Jeff Carter, on what was said to spark the Kings’ turnaround:
Not a lot to be honest with you. I mean, we came out flat, turned it over on the first goal, faceoff, turnover, second goal. I mean, both those goals are on us. We knew we didn’t play the way we were supposed to in the first and give our guys credit, we came in, regrouped and played I thought a really solid 40, 45.

Carter, on whether their attitude remained the same after the Wild tied it up late:
Yeah that one was tough. I’m not sure if that was really a penalty but again, yeah, good on our guys to regroup and that’s a regulation win for us so those are big ones.

Carter, on the emotions in the first period after giving up two goals:
Emotions? Pissed off, I don’t know. You’re down 2-0 on plays that probably shouldn’t have happened.

Carter, on Pearson’s success in overtime:
Yeah he’s been putting the puck in the net for us and these days we need that. He’s the guy that when he’s going and he’s getting looks at the net, he can put them in. I think 3-on-3 overtime he’s got a few for us this year and he’s a really good skater and he can kind of get a jump on guys and find that open ice and like I said, when he gets chances he can put them in.

Jake Muzzin, on what sparked the turnaround:
Well, we knew we weren’t playing quick enough or hard enough. The timeout helped, I thought, settle guys down. We’re a good team when we play the right way, and when we don’t, we’re not that good. We got our act together in between periods and we came out with the right attitude in the second, and it showed.

Muzzin, on the team’s overtime success:
Yeah, puck possession, it’s crucial with our team. We have good gaps in neutral, quick in our D-zone, we have the puck on our stick a lot, and we control the game that way. It carries into the overtime as well.

Muzzin, on the team’s resilience to bounce back after allowing a late goal:
We were playing good hockey in the second and third period. We did a lot of good thigns, we had a lot of good momentum, and we just carried that into the overtime. We’ve been pretty good in overtime and are just kind of riding that wave.

Muzzin, on his power play goal:
Honestly, I just switched some equipment and feel a lot better. That’s about it. [Reporter: What’d you switch?] Stick. Yeah, a little confidence. Feels good, so that’s about it with that one. [Reporter: Some goals on that one, knock wood?] There was one tonight. Hopefully a few more. [Reporter: It had been a while for you.] Thanks for bringing it up. [laughs]

Muzzin, on an overtime without a bevy of scoring chances:
Sometimes that’s all you get – one opportunity. One little tip or one little shot, a screen, something like that, you take advantage of it, and we’ve been able to do that most overtimes, and we did it again tonight.