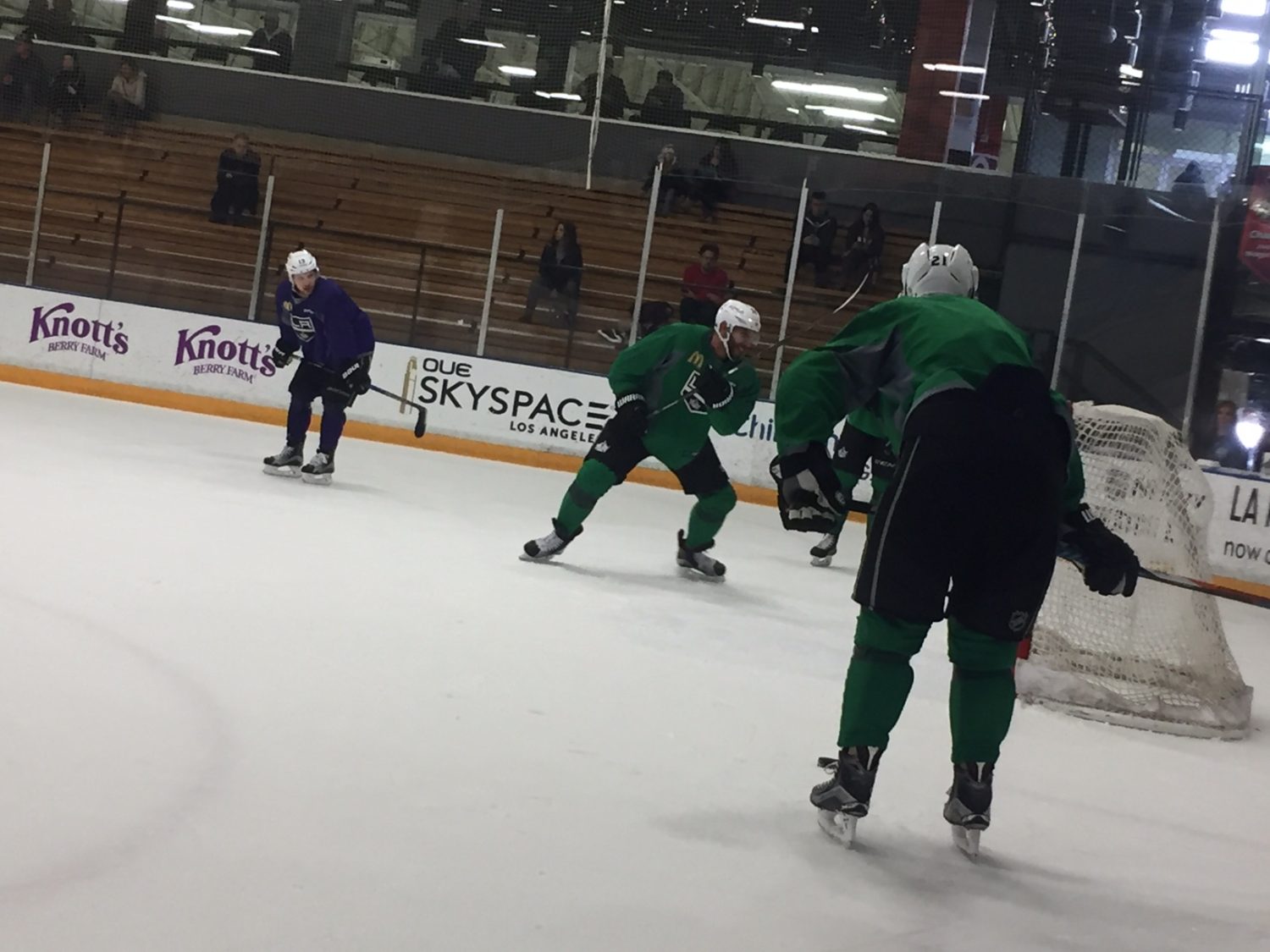 -BUT NOT SO FAST. This was a power-play dominated practice, so don’t expect these lines to hold up at even strength tomorrow against Minnesota (1:00 p.m. / FOX Sports West / FOX Sports GO / KABC 790 / I Heart Radio). Generally, when teams work special teams, they’re divided into two sets of colors, not four. While these do appear to be plausible lines, the team will sometimes work special teams drills during the first practice after a game in which the team doesn’t get a lot of power play work, and last night the team didn’t receive a single man advantage. (UPDATE: Darryl said that a special teams day had been on the calendar well before last night’s game. Quotes to come shortly.)

-While a handful of players remained on the ice to get some individual work in, nobody really remained on for a great deal of extra work with the coaches, and both goaltenders came off the ice at relatively the same time.

-So, last night’s game. How might it transition into Saturday’s game? “I don’t think there was a real whole lot to take good from last game,” Tanner Pearson said. “It was kind of a chase kind of game, off by a couple feet here and there, and bad neutral zone and that kind of thing. Pucks end up in your net pretty quickly if you’re not sharp in this league.”

The Wild leads the Western Conference with 118 goals for and 80 goals against. They have won 13 of 14 games and are coming off a 5-4 win in San Jose in which they used three goals in a span of 5:12 to overcome their second two-goal deficit.

-Not related, but the KHL has issues. From James Mirtle, who now writes for The Athletic: KHL ‘a disaster’ this season as some players go unpaid

-Darryl Sutter quotes and a Kings Men Podcast are up next. Let’s talk soon, Insiders.

Back at 'er. #LAKings vs #MNWild tomorrow afternoon.