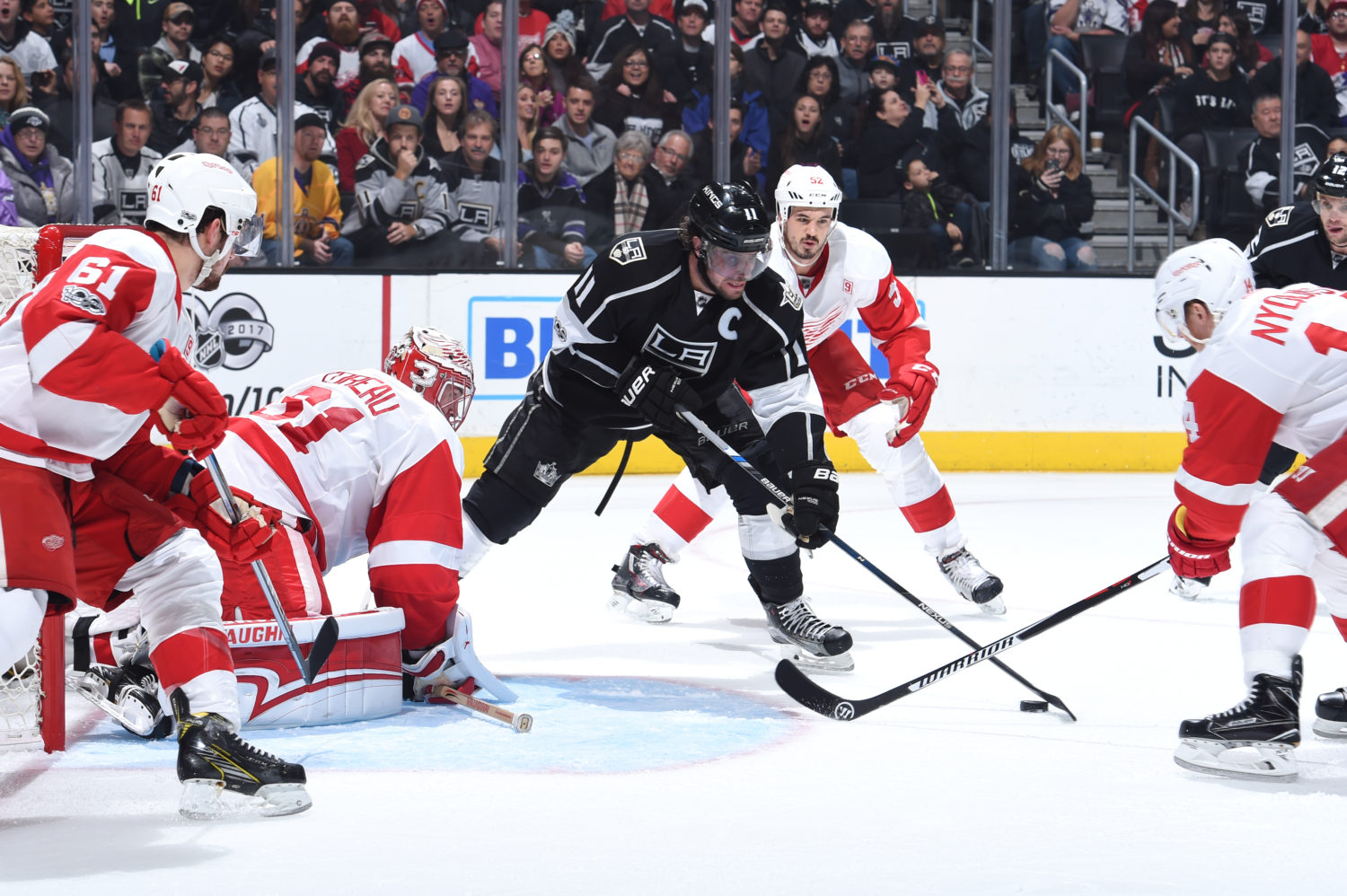 On the “biggest issue” in the loss:
I think the first period was a little bit too wide open for our team. I think the first goal is a faceoff goal. The defenseman lost coverage, Tanner lost his stick. The second goal is a Gravel turnover, for sure. Blue line, [leads to] odd-man, and the third goal was a rush-rebound, lost man. Our centerman all the way down the ice lost coverage. I thought we battled back in the second and had lots of chances. Probably, even if Tanner’s penalty shot could’ve made it one-one, it might’ve changed it. Quite honest, I saw it coming. I knew it. When you play those back-to-back division against San Jose and play a team out of conference, guys aren’t as sharp as they should be. Detroit’s a really good road team and they got screwed last night. When you looked at it, the off-side goal was scored against them and a disallowed goal. They probably deserved better and they were going to be ready.

On Jeff Zatkoff:
I’m not into all that. This morning I heard about one guy’s an All-Star and all this. You know what? Goalies are goalies. It probably wouldn’t have mattered today.

On the team’s lack of consistency:
So what is that, or is that just something you heard on a blog or- [Reporter: Two wins here, two losses there, then you’ve got a three game losing streak. Would you like to see a more consistent-] I think we are. We played as good as we could. We just finished beating friggin’ San Jose and played a tough team tonight. It’s closer than you think. We just don’t have a lot of firepower. If we score one goal tonight, maybe it’s a different game. We don’t have dynamite, right? It’s not a team consistency thing. There’s individuals that you ask about every day that are pretty good players that have got to be elite players and the difference in games like that.

-stick tap to Elliott Teaford for the audio file; there appeared to be at least one additional question coming at the end of the recording