Los Angeles Kings prospect Kale Clague (second round, 2016) has taken on a wider role for Team Canada with the injury to Candaian defenseman Philippe Myers and will be featured prominently in tonight’s gold medal game against the United States (5:00 p.m. PT / NHL Network / NHL Network Radio). In six games, the 18-year-old left-shot defenseman has six assists and a plus-five rating and tallied an assist and two shots on goal over 22:29 of ice time during Canada’s 5-2 semifinal win over Sweden last night.

Last month, Brent McEwen, Los Angeles’ scout based in Western Canada, noted Clague’s proficiency in retrieving pucks, sorting plays out, using his vision and making plays in calling to attention his awareness throughout the ice.

A two-way defenceman, Clague scored 19 points in 23 WHL games this season and also has three assists in the world juniors. But it’s his skating ability, especially in the defensive end where he is able to close the gap on opposing forwards, that makes him so effective.

“I think (Clague’s) a great skater, he’s good offensively, he’s got a good hockey sense,” said Chabot, who leads Canada’s defencemen with two goals and five points. “From a period-and-a-half (of playing together against the U.S.), I really enjoyed playing with him.

This New York Times article on World Juniors – which is also highly recommended, not only because Colin Fraser is part of the lede (!) – notes how club rivalries on the national stage become less important and quotes Clague. “It takes a special player,” Clague told Dhiren Mahiban. “That’s one of our mottos coming into this thing: to be special. It does take a special person and player. You go from being your top player on your club team, and you come here, that might not be the case. Egos out the door.”

Slovakia captain Erik Cernak, who appeared in his fourth World Junior Championship, apparently had a brief chat with Erie Otters teammates and Team Canada skaters Taylor Raddysh and Dylan Strome in the hallways outside of their teams’ dressing rooms prior to their Group B game, as TSN picked up. Note Cernak’s stronger grasp of English, humor and sarcasm, which he has picked up over his past year and a half in North America:

Canada would win the game 1-0, but Cernak was Slovakia’s player of the game and ultimately named one of the team’s three best players in the tournament as selected by coaches, as ESPN.com’s Corey Pronman noted. Slovakia finished in eighth place after losing 8-3 to Sweden in a quarterfinal match-up. Their one win in the tournament came over Latvia, which will be relegated to Division I-A for the 2018 tournament.

Jacob Moverare (fourth round, 2016), who is playing in North America with OHL-Mississauga, was not among those selected for the final roster as Sweden ultimately chose to keep 16-year-old Rasmus Dahlin on its team. The Swedes finished in fourth place after a 2-1 defeat to Russia in the bronze medal game earlier today.

Photos of Cernak and Clague, courtesy of Getty Images: 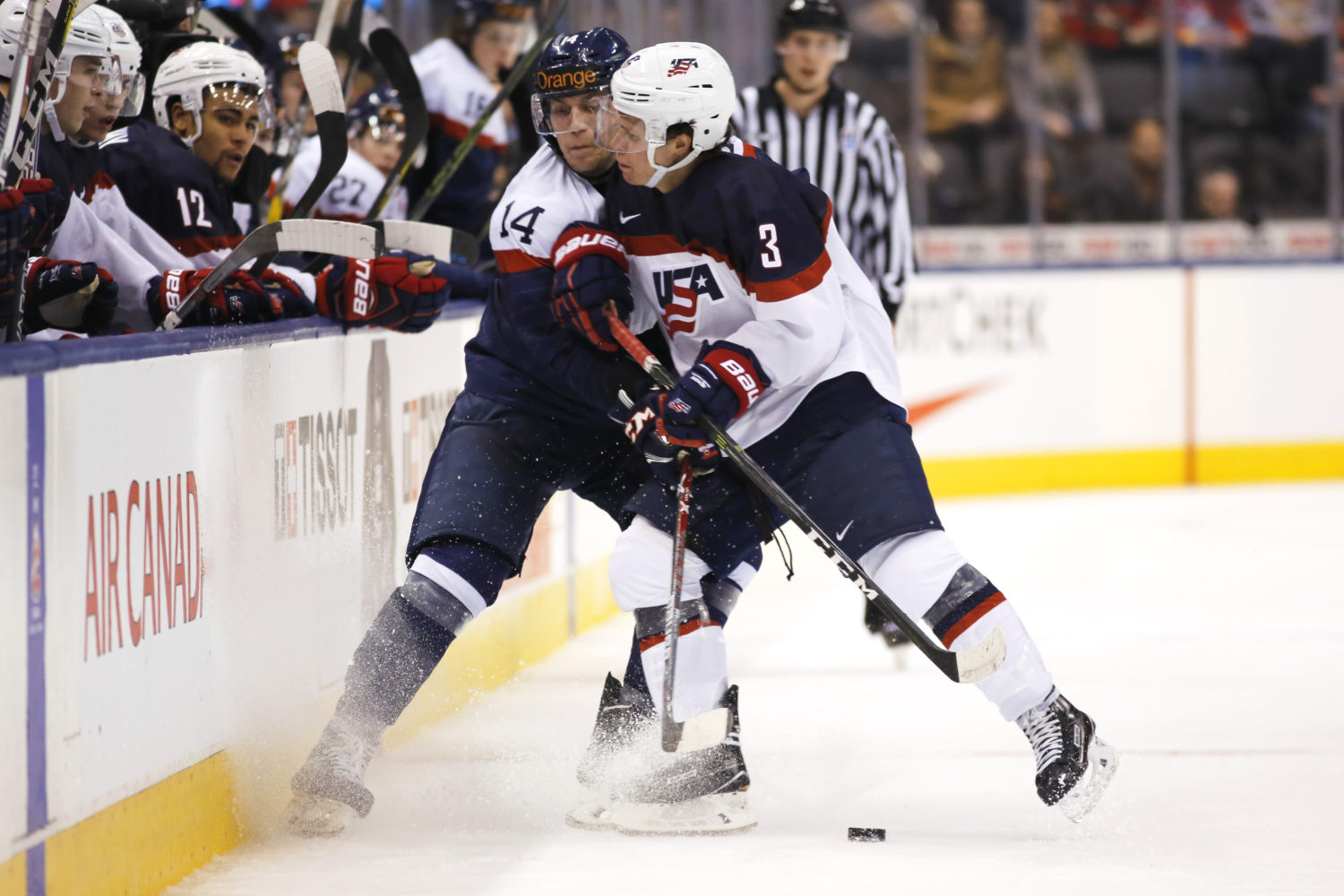 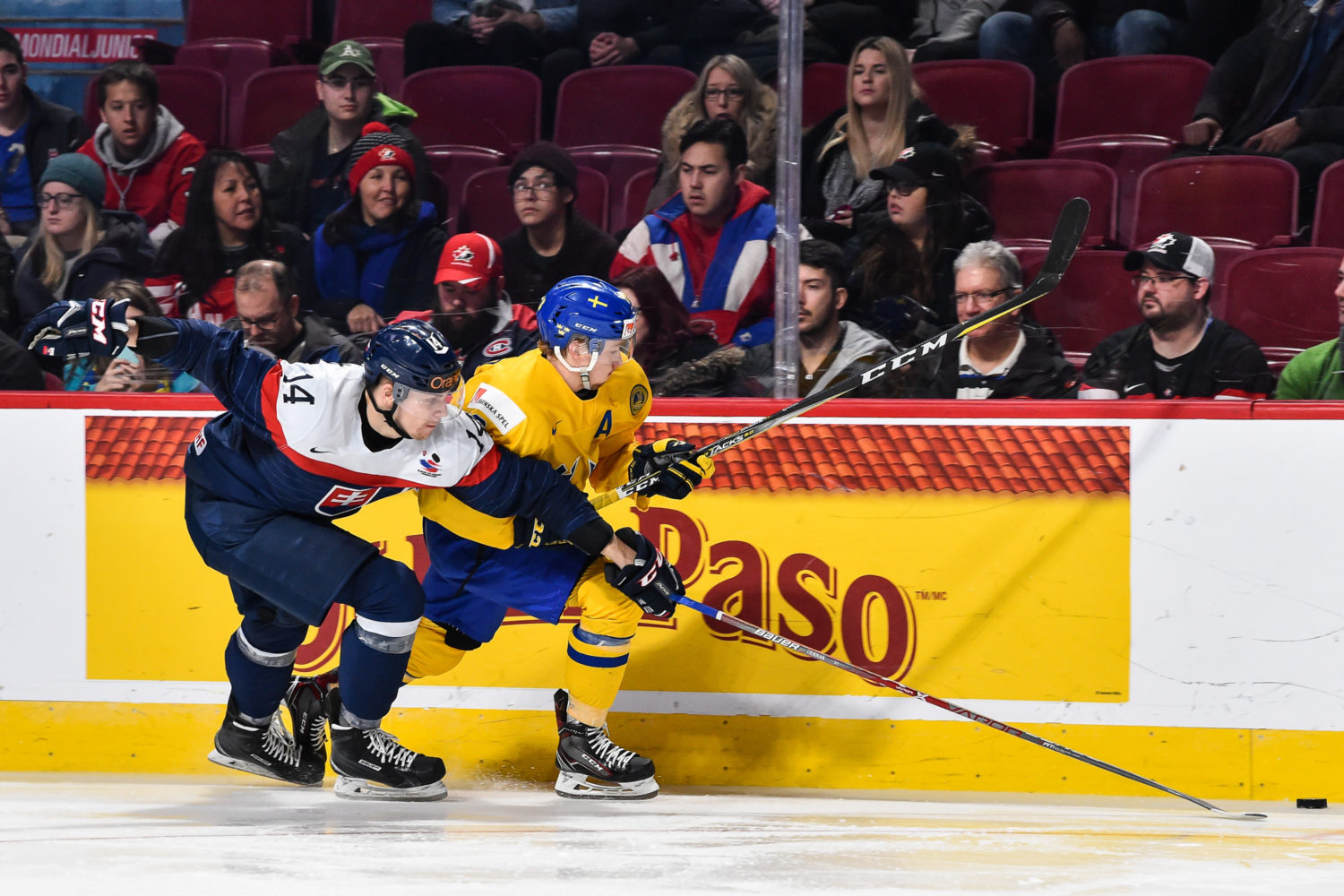 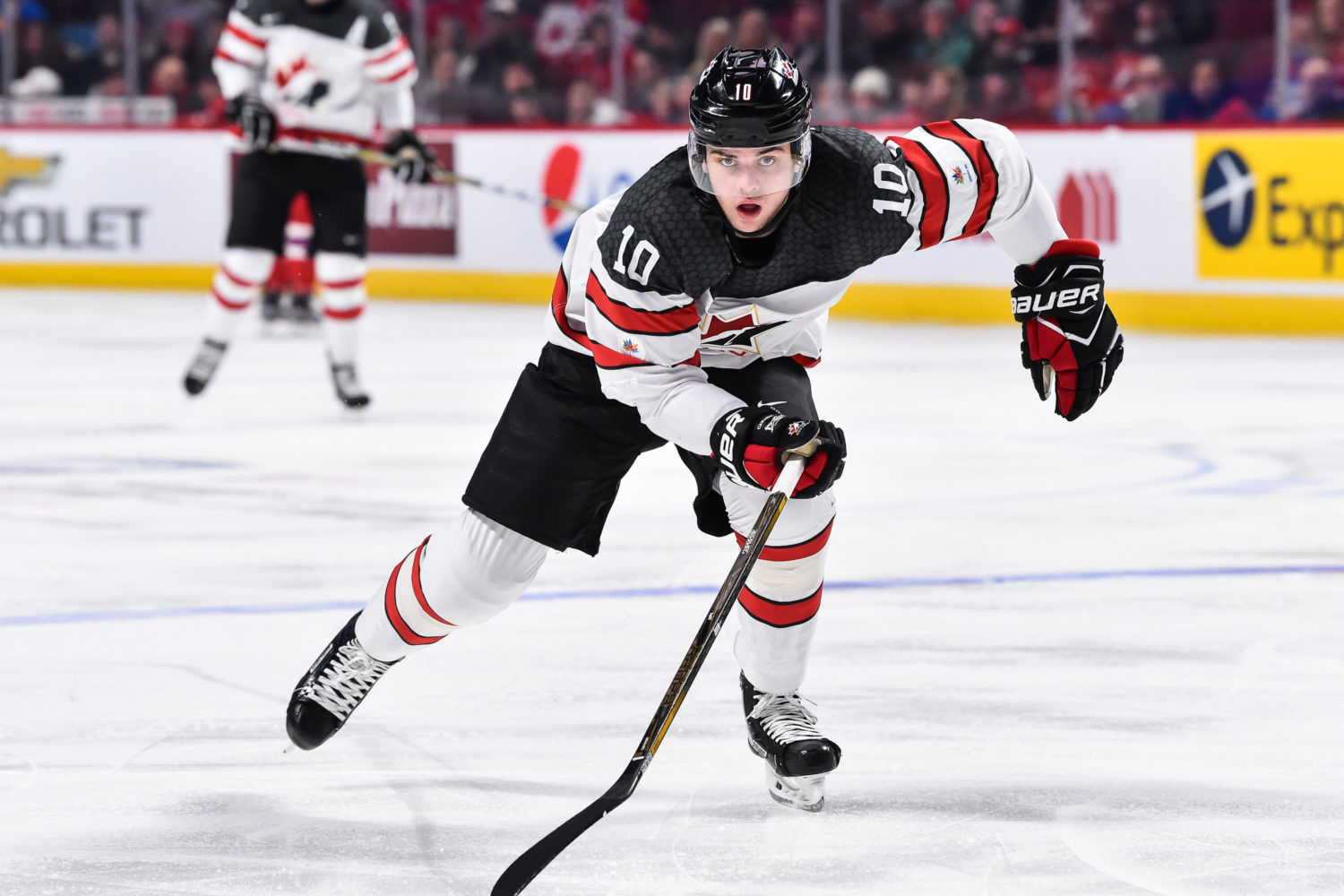 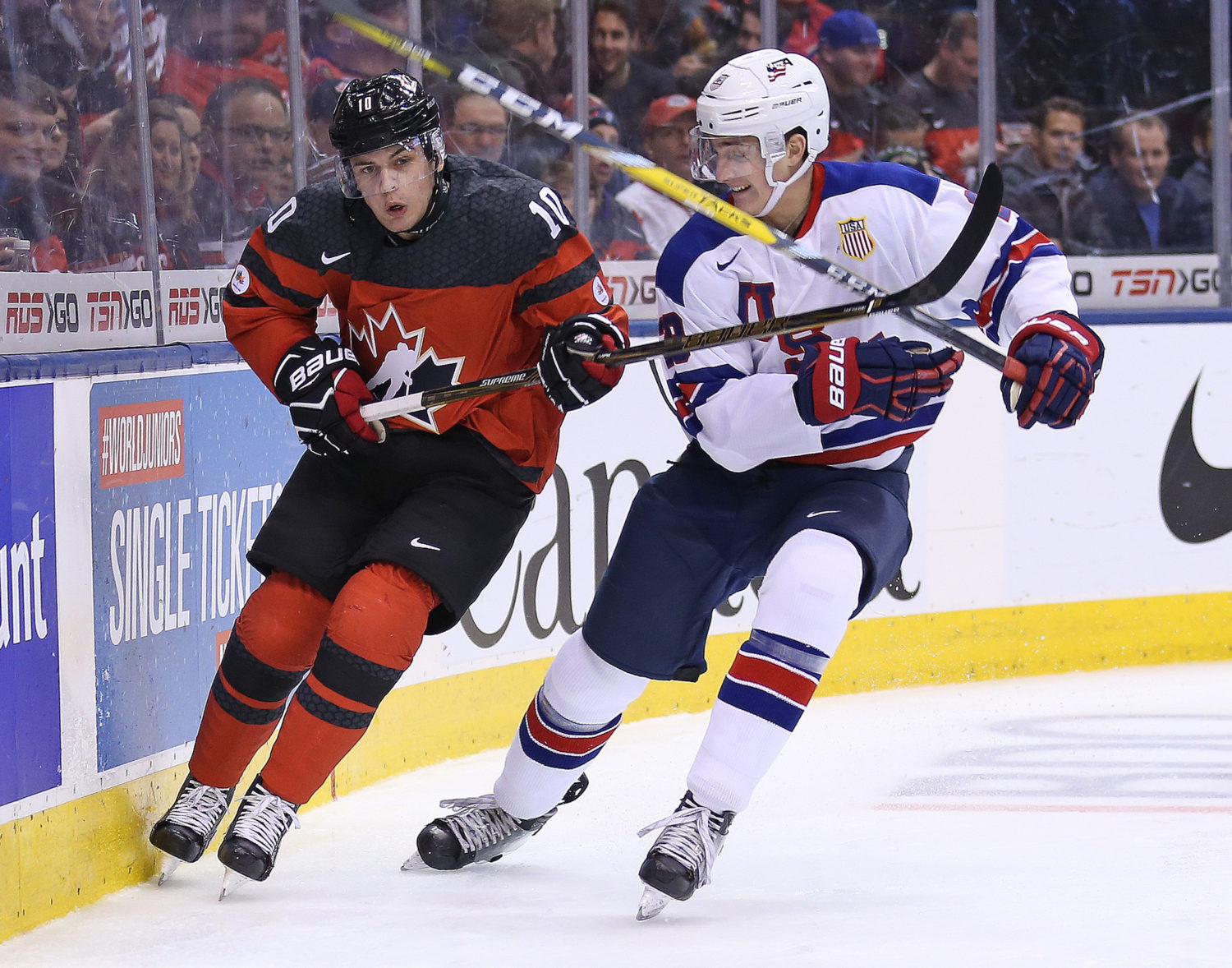 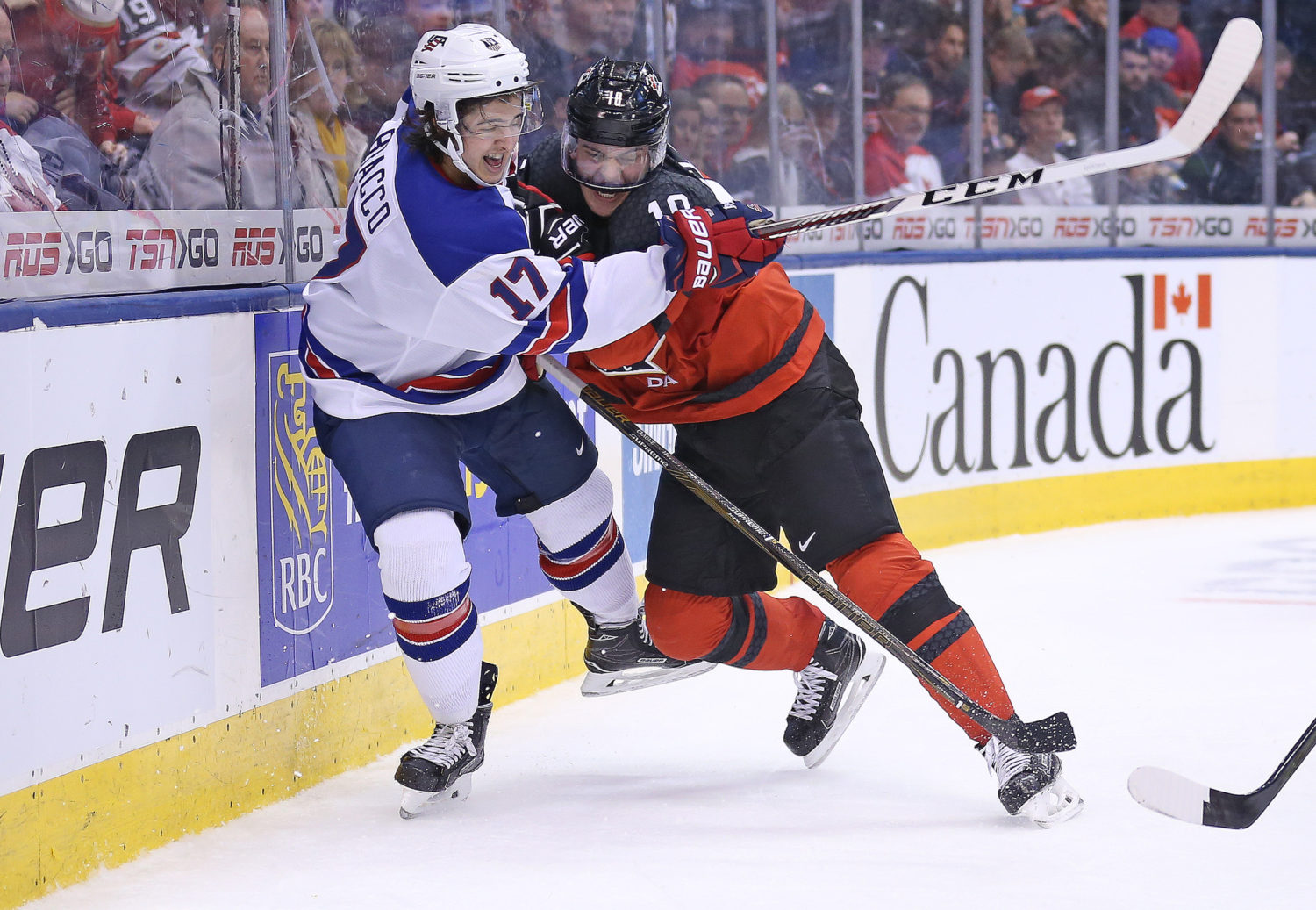 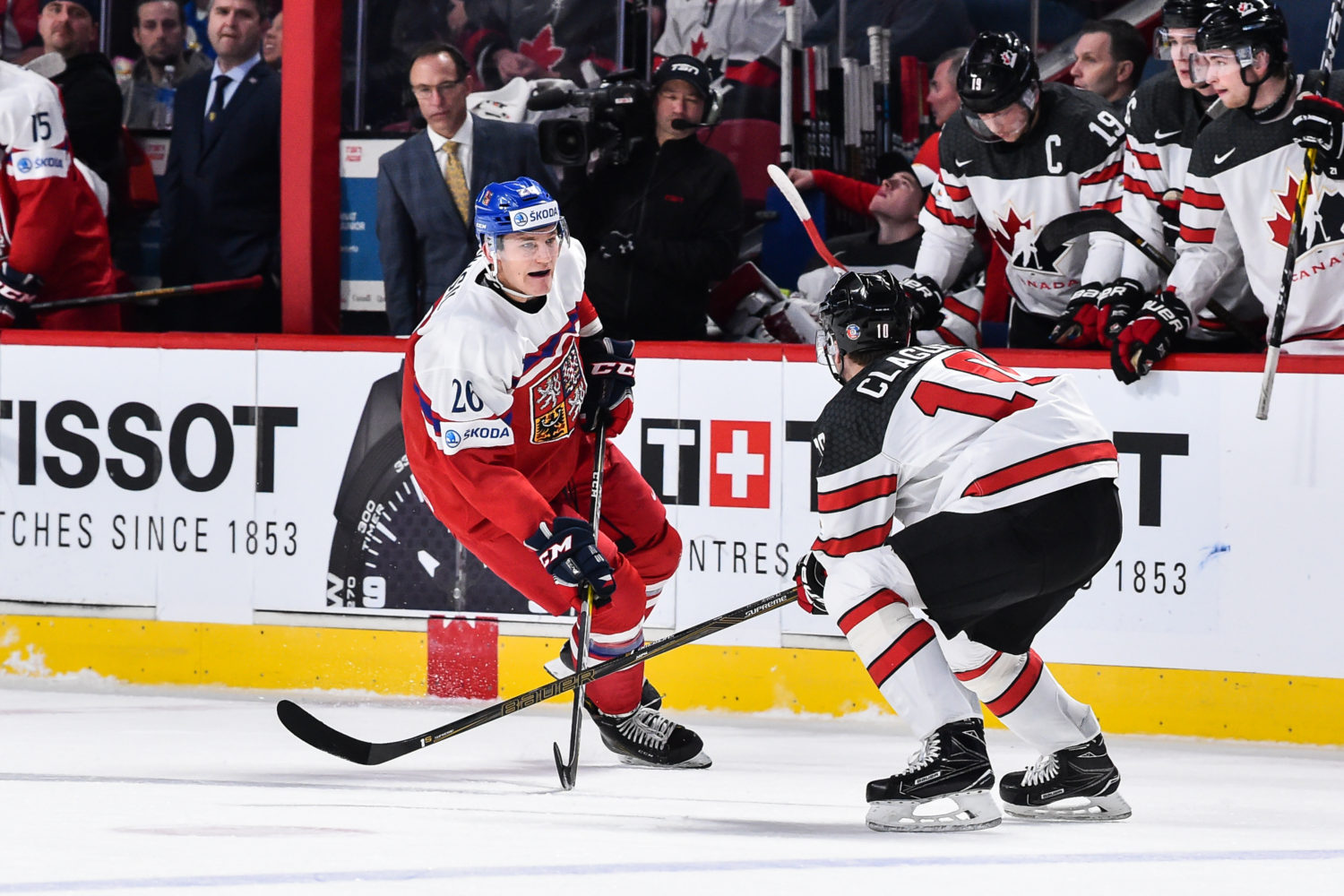 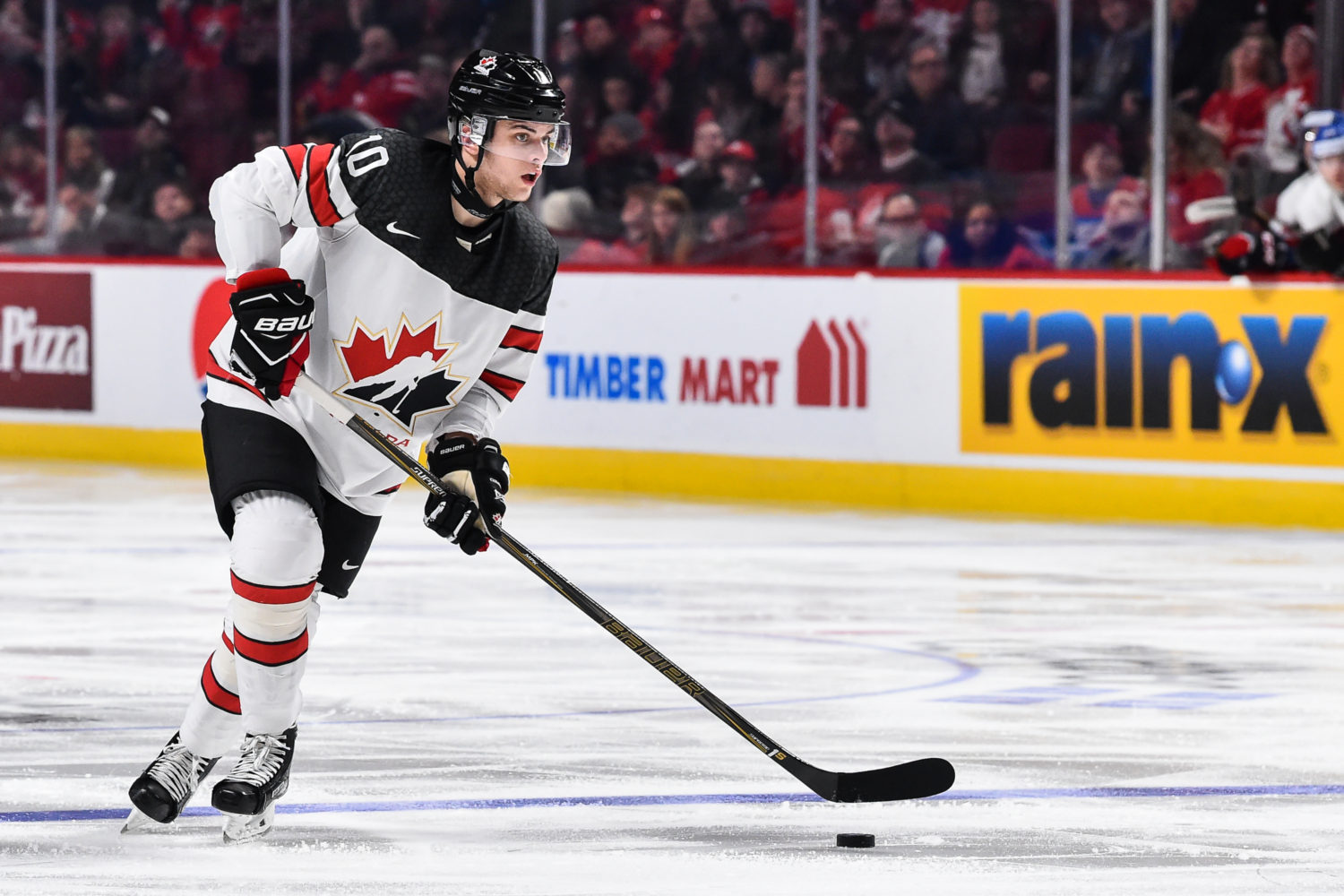