Good afternoon from downtown San Jose, Insiders. I wish I could provide you with a sheet of line rushes, but alas, today’s morning skate was optional. Because Andy Andreoff, Matt Greene and Tom Gilbert remained on the ice for extra work with Jeff Zatkoff, it appears safe to say that the lines used in Saturday’s game and shown again at practice yesterday should stand up. Peter Budaj was the first goaltender to leave the ice and is expected to draw the start against San Jose.

-The Sharks will be down a couple defensemen in Marc-Edouard Vlasic (upper-body) and David Schlemko (upper-body), so Mirco Mueller, who made his NHL debut as a teenager at Staples Center on the first day of the 2014-15 season, was called up from the AHL and will play his first game of the season tonight. Head Coach Peter DeBoer didn’t mind some of the silliness that transpired in the third period Saturday, telling the assembled media, as reported by CSN Bay Area’s Kevin Kurz, “[Joe Thornton’s] as competitive a guy as we have in the room,” DeBoer said. “I think in a game where you’re getting pushed out a little bit, I like a little pushback from our guys, and he’s usually the first guy in line for that.” Tomas Hertl (knee) has resumed skating but will not play tonight.

-Tanner Pearson doesn’t see any change in game-planning with Vlasic out of the lineup. “I think we’ve just got to look at it the same,” he said. “You know, obviously he’s a pretty good defenseman. It’s kind of the same thing I think like us, we expect the guys in the lineup to step up and their guys are going to try to step up for them and we’ve just got to keep on playing our game and not really focus on that, so we’re just going to play the same way.”

-Your Let’s Get Angry On The Internet factoid of the day: Why isn’t Jeff Carter listed among the most likely candidates (via Bovada) to win the Rocket Richard Trophy? He’s tied for second in the league with 20 goals, yet Sidney Crosby (4/15), Auston Matthews (9/1) Alexander Ovechkin (11/2), Patrick Laine (11/2) and David Pastrnak (17/2) are all listed. (Don’t actually get angry about this.) For what it’s worth, Los Angeles has been assigned 28/1 odds to win the Stanley Cup – as has Calgary and Boston – which is up from 25/1 one month ago.

-From Elliotte Friedman’s 30 Thoughts column (which contains an interesting starter on PDO):
20. Finally on Philadelphia, Doug MacLean told a great story about why Bob Clarke tripped up on Giroux’s name when the Flyers took him 22nd overall in 2006. According to MacLean, Philly was going to take Trevor Lewis. But the Kings took Lewis 17th, which annoyed Philadelphia, since Hextall had just left for California. Clarke was flustered.

-The NHL All-Star Game captains, as voted in by you, the fans: Sidney Crosby (Metropolitan), Carey Price (Atlantic), P.K. Subban (Central) and Connor McDavid (Pacific). There’s no word yet on whether Subban (back injury) will be able to play, though Predators General Mangaer David Poile shared word that the defenseman may be available within a two-to-three-week timeframe. 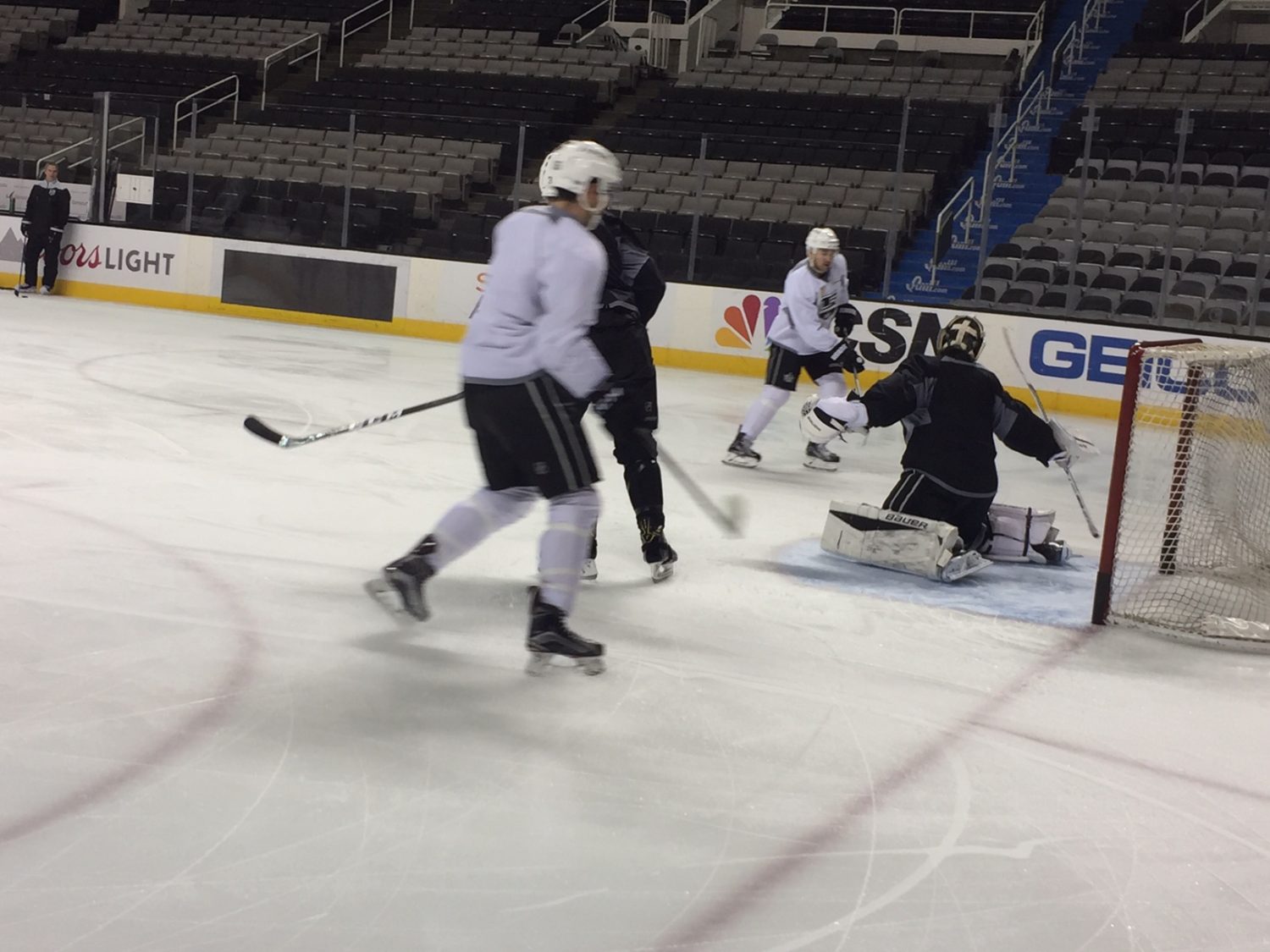