Good afternoon from the taxiways at LAX, Insiders. The Kings took the ice shortly before 11:00 a.m. and did not show any changes to the lines shown against the Sharks on Saturday:

-All active players on the ice were accounted for. Tyler Toffoli (lower-body) didn’t skate, though Darryl Sutter shared an update following practice:

Darryl said Toffoli is "pretty good" and also noted, "hopefully we'll get him back in skates here pretty quick." This week? "Hopefully."

There’s nothing new on Jonathan Quick (groin), though the goaltender does have his next check-up coming soon. “Whenever you asked last time, he had an appointment right in there, and I think I said it was a month until his next appointment, and I said it was not ’til next year,” Sutter said. “So it’s this year, now.”

-I’ll have a quick post up later today on the rivalry getting an interesting jolt with the altercations between Dustin Brown and Joe Thornton in the third period Saturday night. The Kings’ room wasn’t too concerned on Monday with the play, which did not have any pristine replays that I remember seeing. “It’s just hockey, really. It’s a physical game,” Brown said. “Sometimes you get hit, sometimes you’re hitting guys, so it’s not that big of a deal.” The play probably could’ve drawn an interference penalty, but it did not appear that there was any head contact, so I would doubt that any sort of supplemental discipline was ever legitimately considered. The Kings getting a two-minute power play – for Thornton’s slash on Derek Forbort – seemed appropriate for a fracas that was probably a touch overblown and will probably barely be a footnote come Tuesday night.

-The Sharks will again be without defenseman Marc-Edouard Vlasic, who was just placed on injured-reserve with an upper-body injury after taking a Shayne Gostisbehere shot to the face last week. Via reports, David Schlemko is also working through an upper-body injury and may not play against Los Angeles, so San Jose recalled 2013 first round draft pick Mirco Mueller from AHL-San Jose on Tuesday. In 50 career NHL games, Mueller has one goal, four points and a minus-12 rating. Via Kevin Kurz, defensive pairings could be Martin-Burns, Mueller-DeMelo and Dillon-Braun. Brent Burns, as we all know, is extraordinarily dangerous when he shoots, and his shots often up as scoring chances. “I think for him he doesn’t maybe move as much he just shoots it from anywhere,” Dwight King said. “It’s not like a pull-and-shoot it’s just like a quick release.”

-Darryl Sutter quotes will follow, as well as some words from Dustin Brown and what Dwight King has done to earn the responsibility of protecting leads late in the third period and to widen his penalty killing role. Let’s talk soon, Insiders. 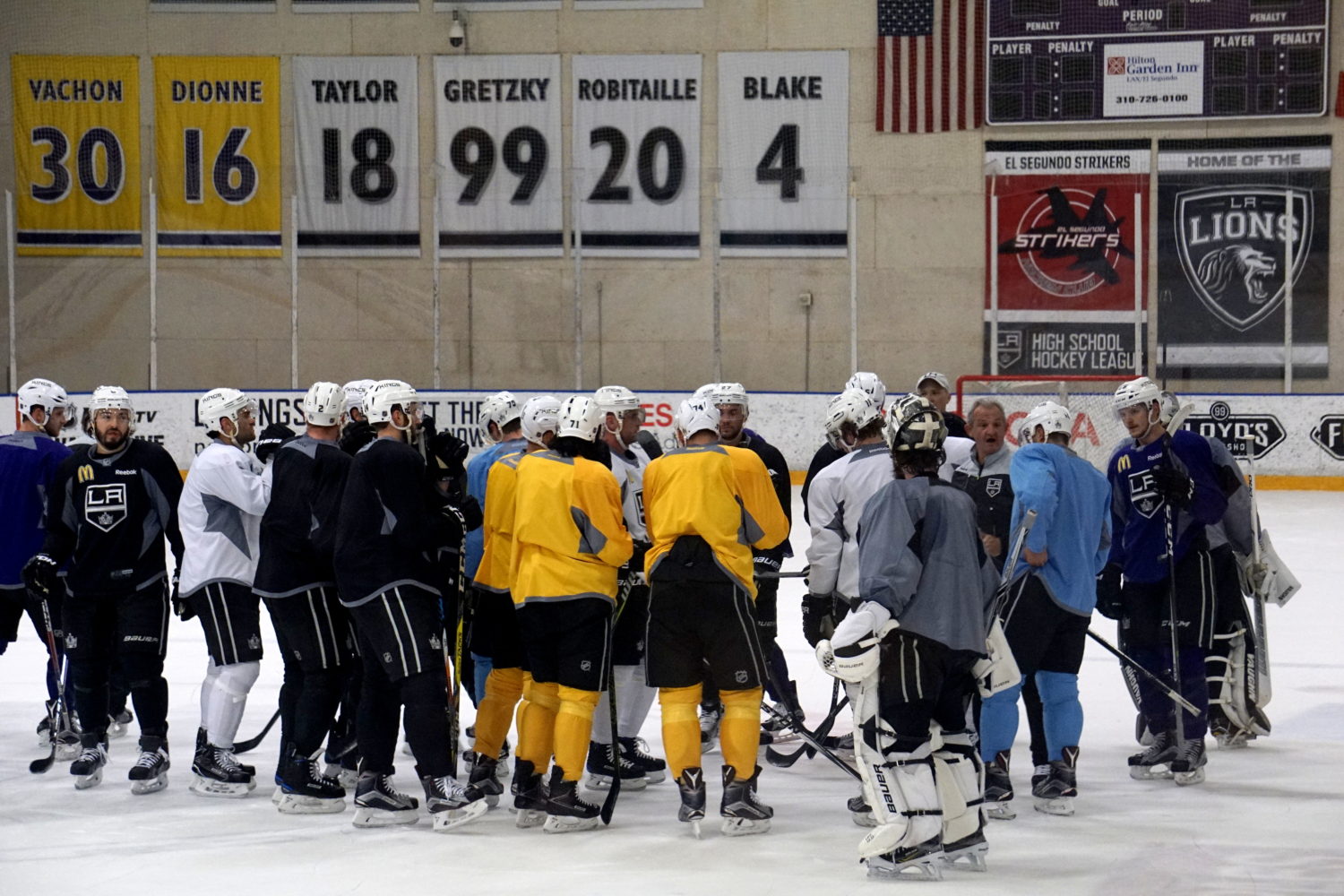 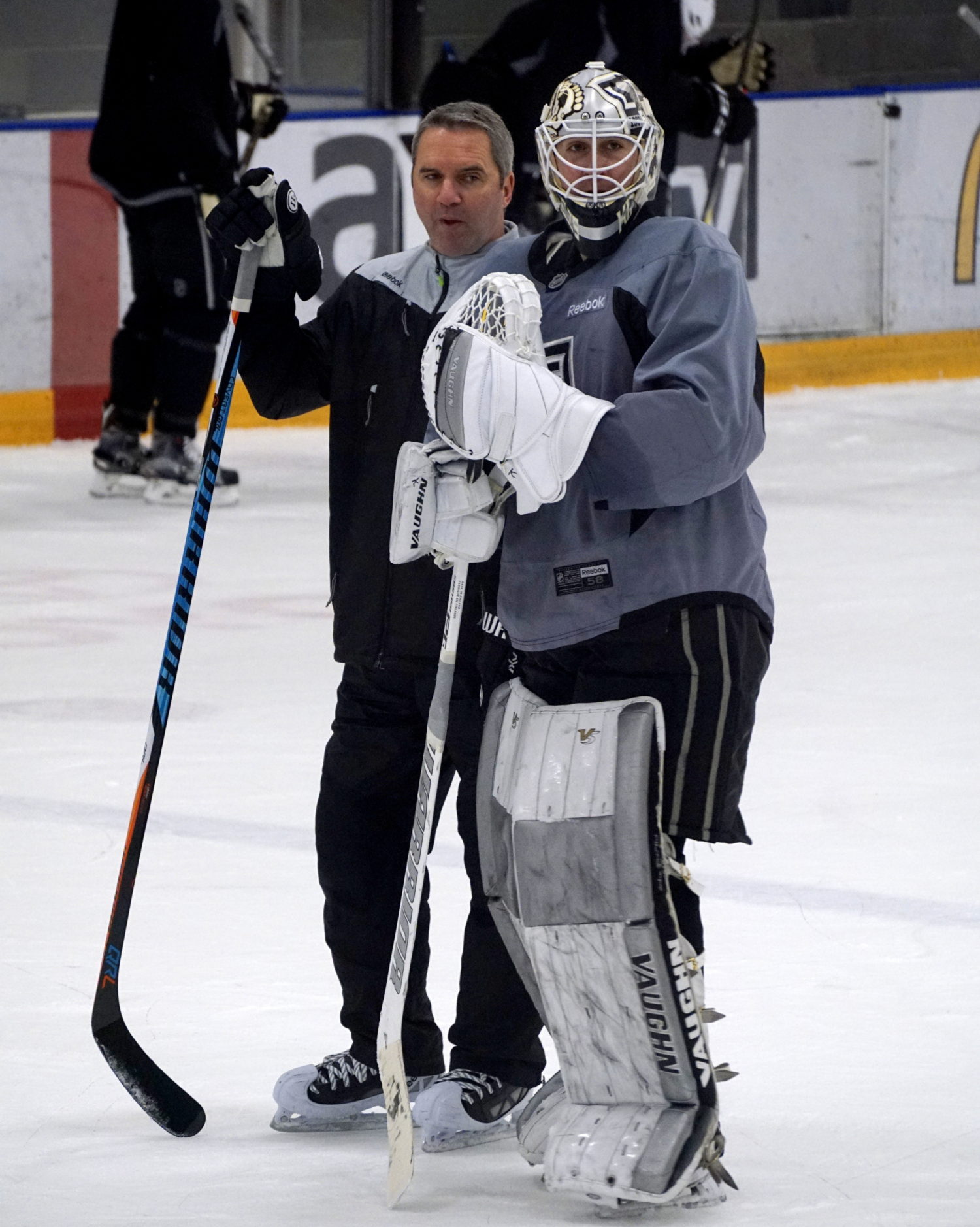 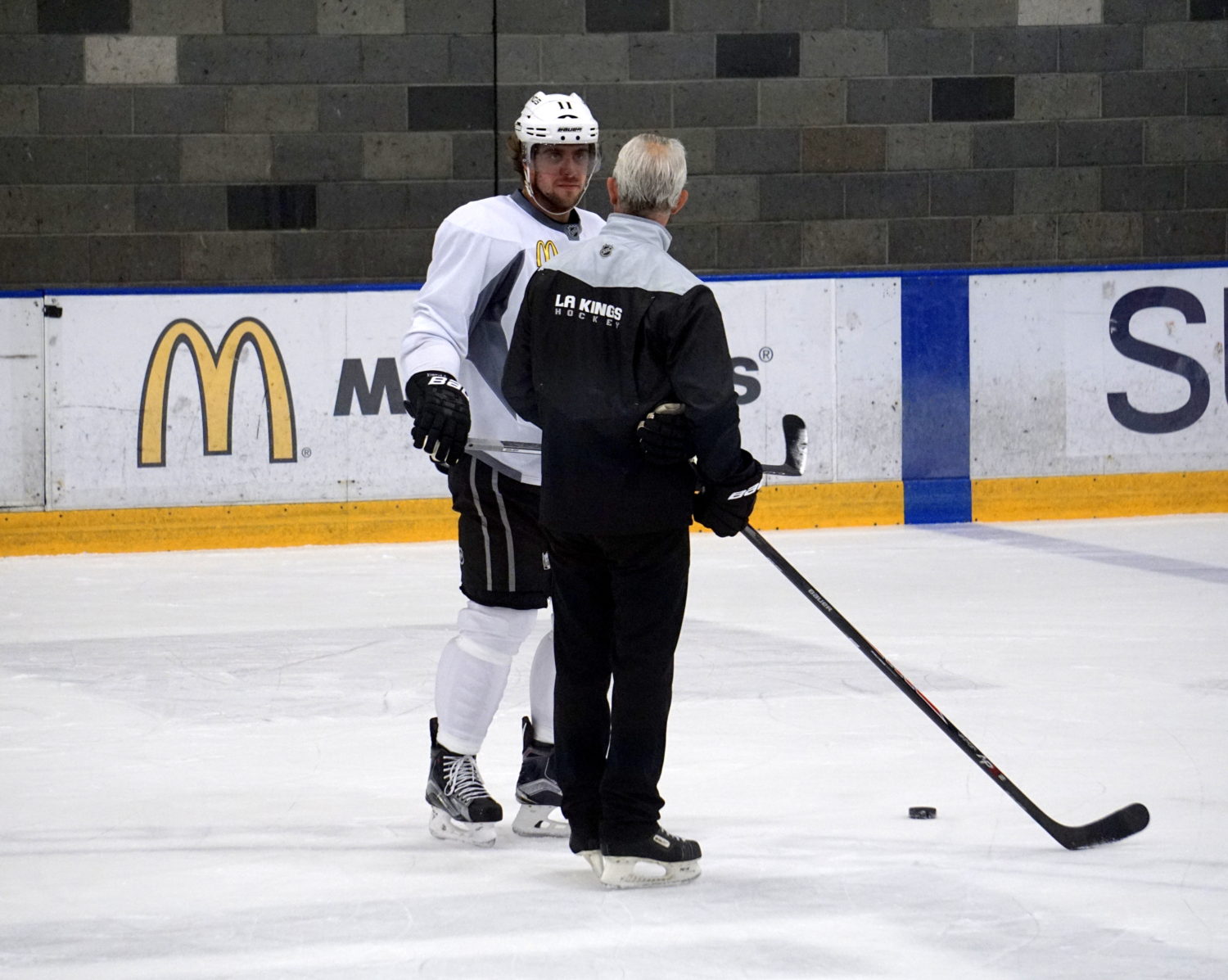 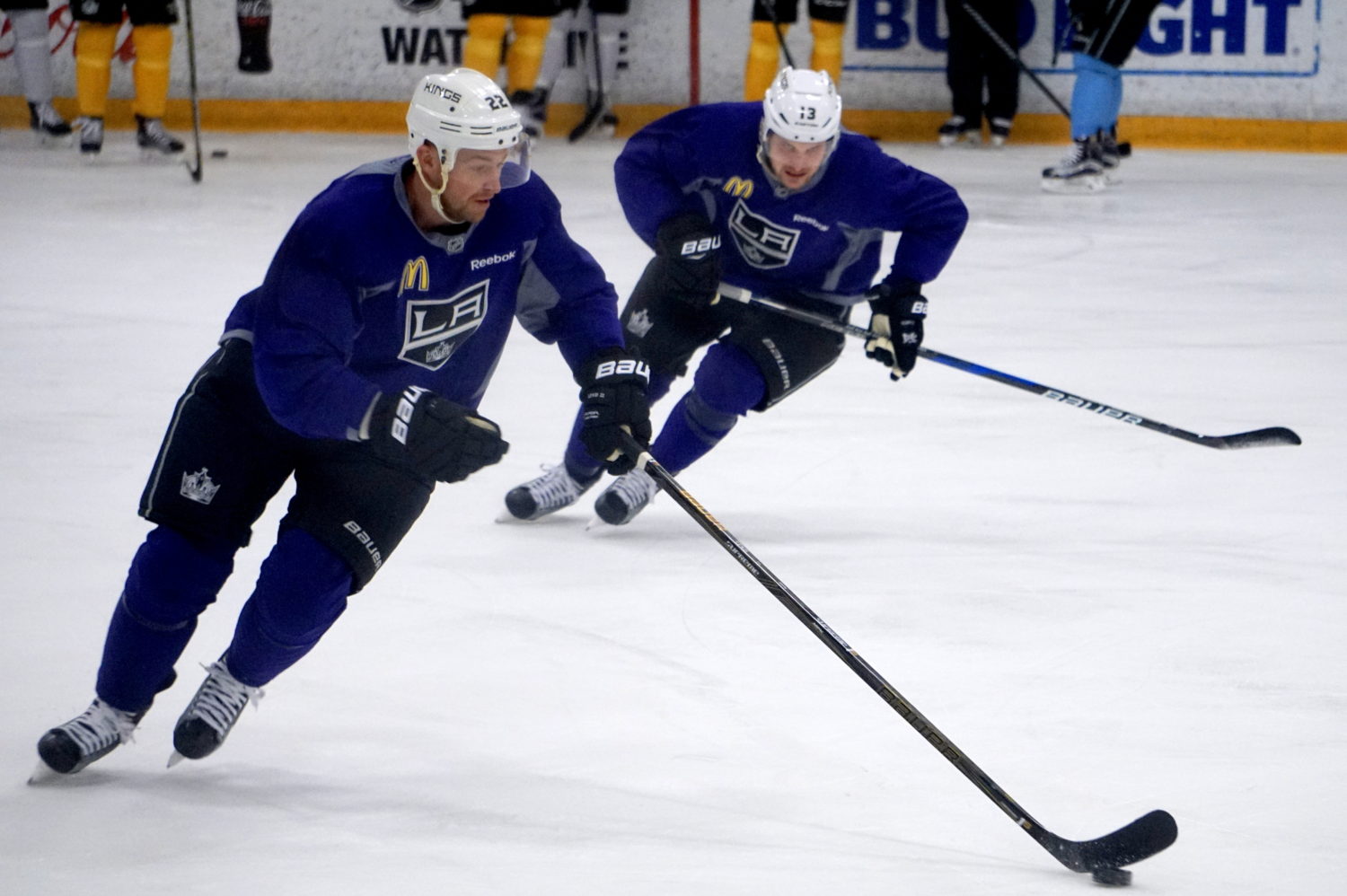 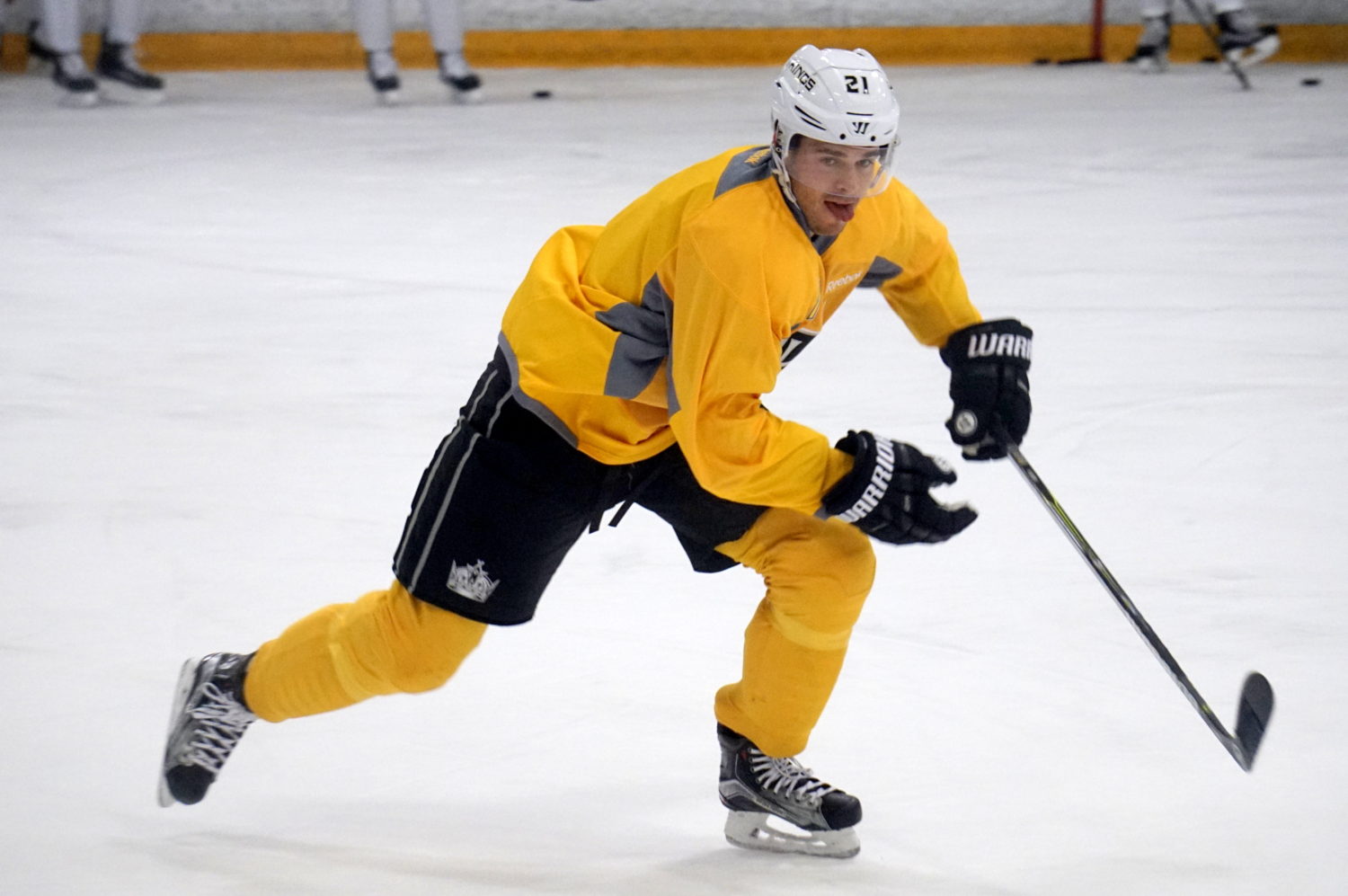 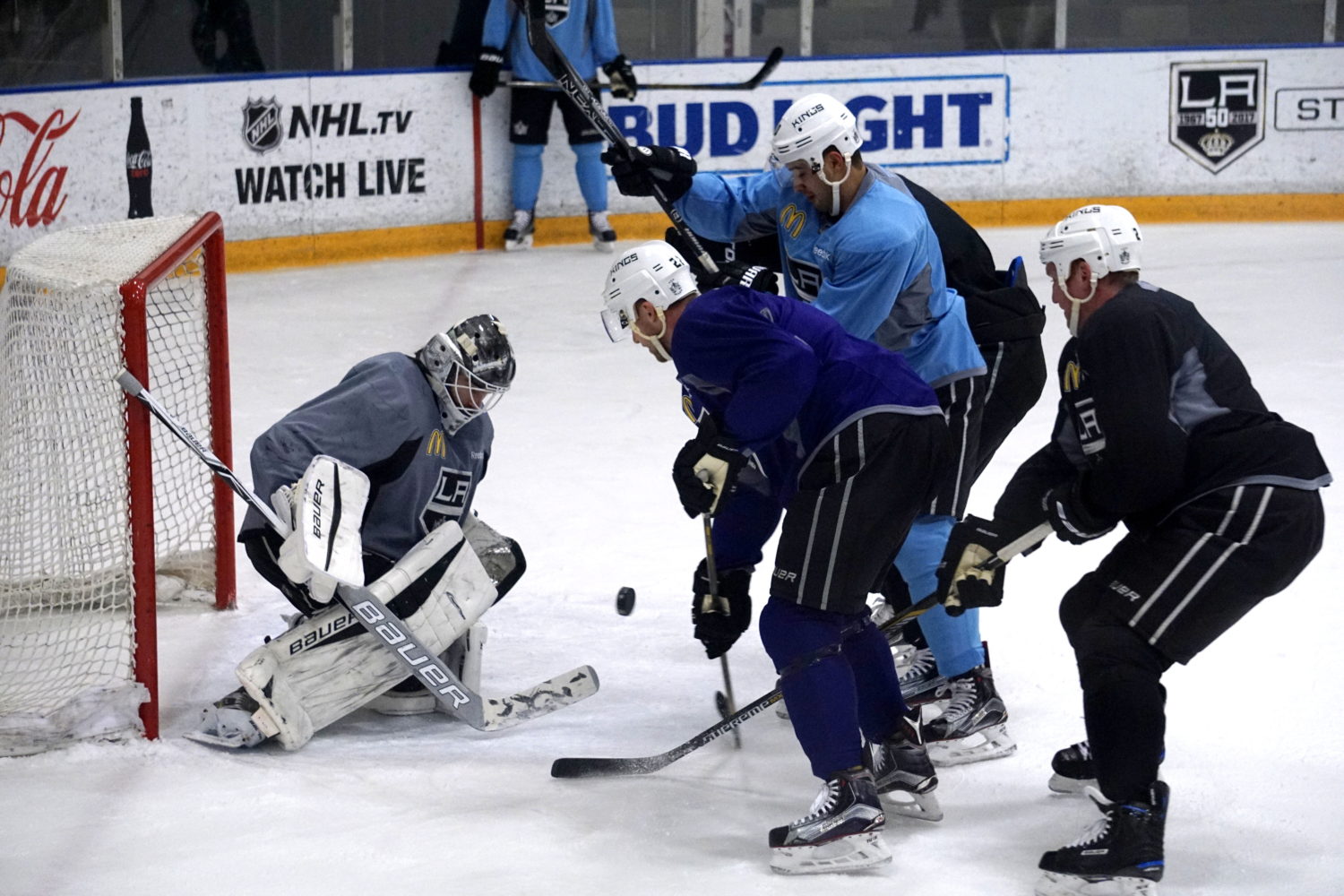 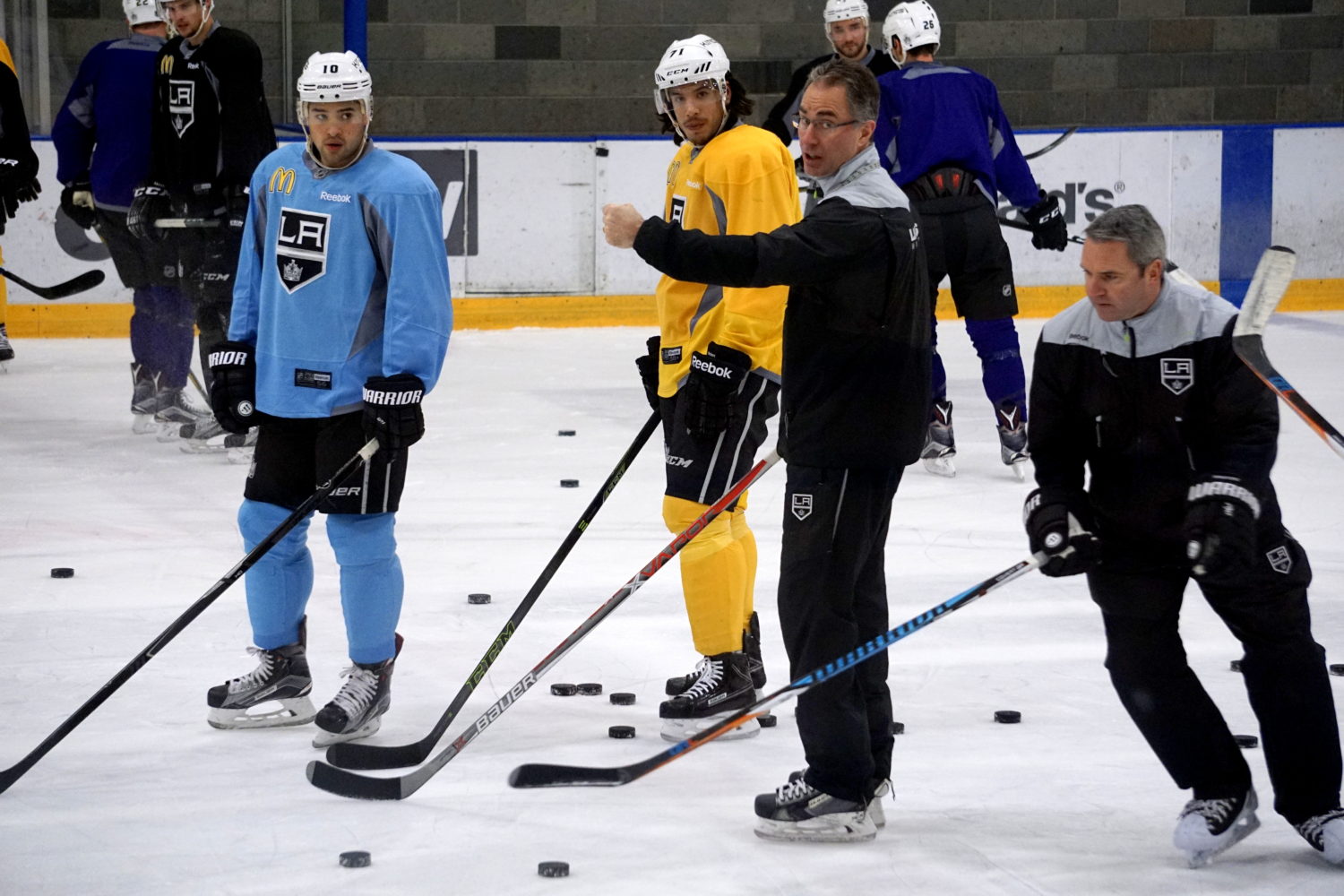 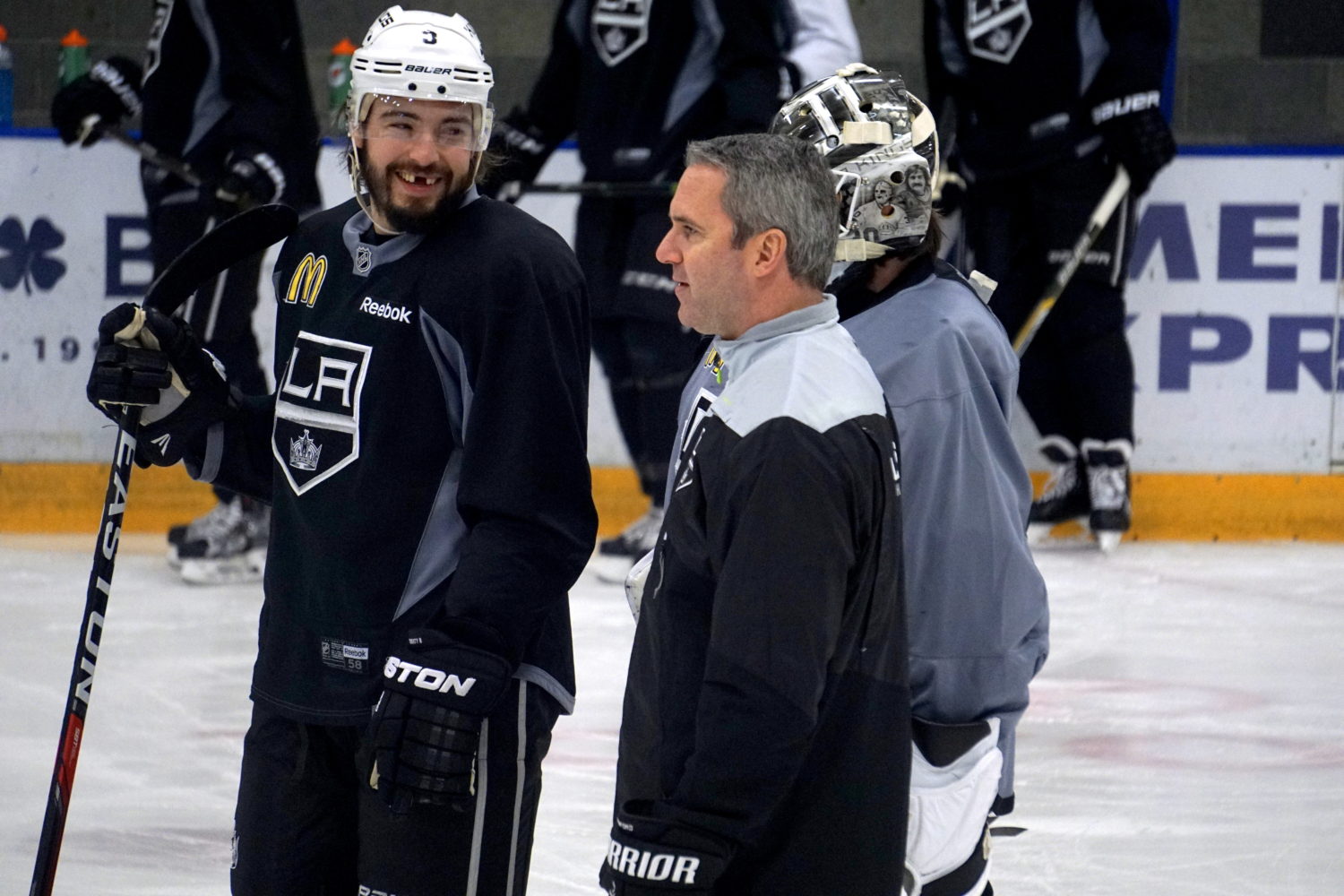