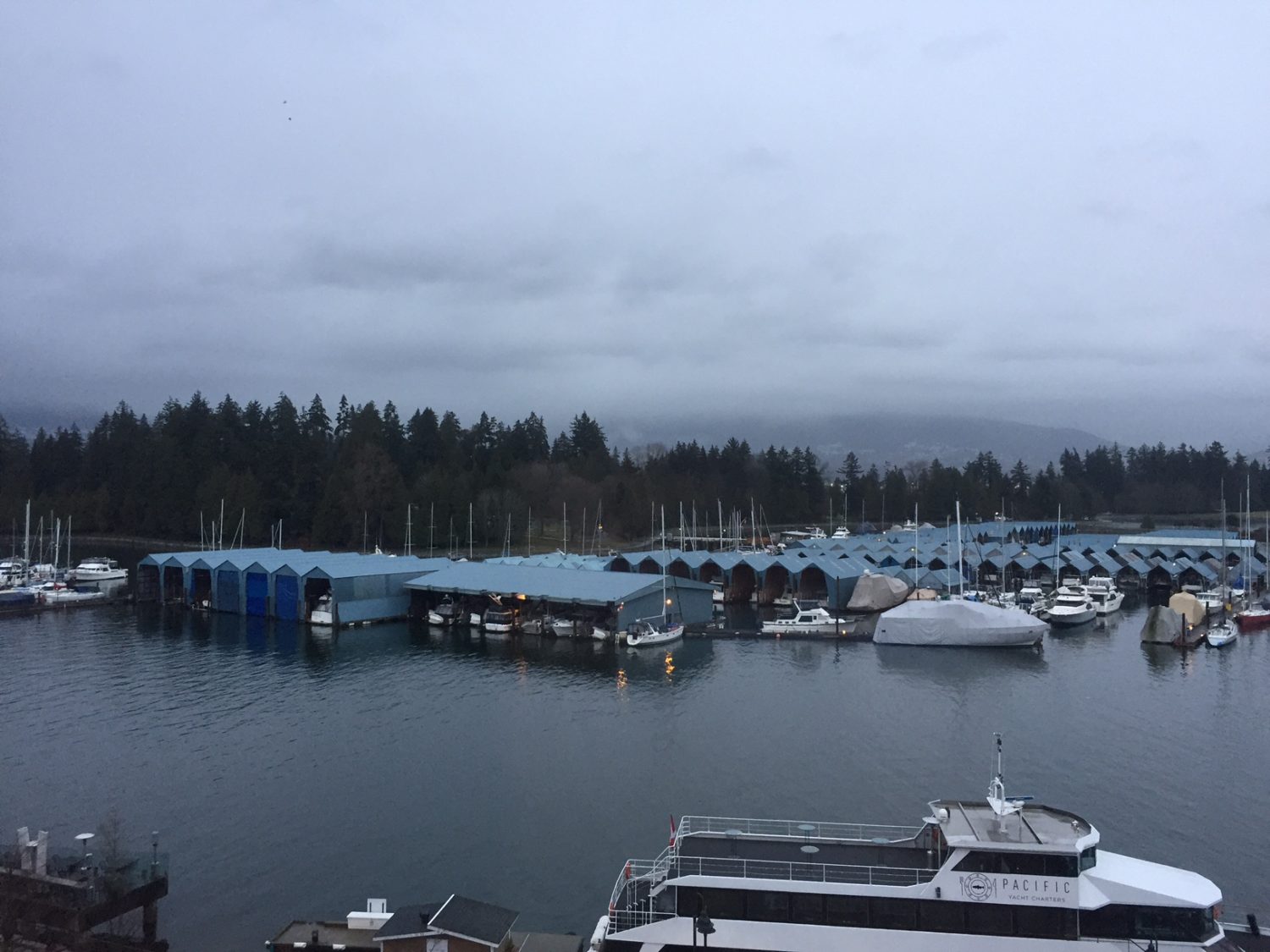 We’re back on. The Kings’ annual late December Western Canada trip is upon us, and this is a trip that the team has done a good job of grabbing points on in the last two years, having gone a combined 4-1-1 against Vancouver, Edmonton and Calgary. (The year before, Los Angeles lost all four games of a Central Division swing as part of an early winter slump that was largely forgotten through 26 playoff games.)

It’s still a bit dark in Vancouver. I’m not sure if we’ll even see the sun today as the forecast calls for the temperature to hover between 37 and 40 degrees as showers give way to mostly steady rain in the afternoon, which is pretty par for the course this time of the year around these parts. Even at 8:45 a.m., there are still lights on across the bay in leafy North Vancouver and in picturesque Coal Harbour (not that Coal Harbour), which is a short walk away from the beautiful natural expanse of Stanley Park. As I’m writing this, a seaplane took off within earshot of our hotel room. Stop being so Pacific Northwest, Pacific Northwest.

There was a snowstorm in the region over the weekend, and while there isn’t any snow in the warmest areas near the water and in the downtown area, we passed through some neighborhoods between the airport and the hotel that were still a bit dicey and unplowed. There wasn’t a lot of snow, but there was still clearly some snow on the ground on Granville, south of Broadway and short of one of the most filmed anonymous roadways on the planet, Granville Bridge. Seriously, go watch Deadpool if you’d like to get a really nice tour of Vancouver without having to leave the comfort of Southern California weather.

We landed at YVR shortly before 4:00 p.m., roughly “two hours after flying directly over Yosemite Valley.

There’s – surprise! – more to come from Rogers Arena, Insiders. If you’re around a computer right now, click here to catch my preview of tonight’s game with TSN 1040 Vancouver, which is coming up pretty quickly at 9:05 a.m. Let’s talk soon. 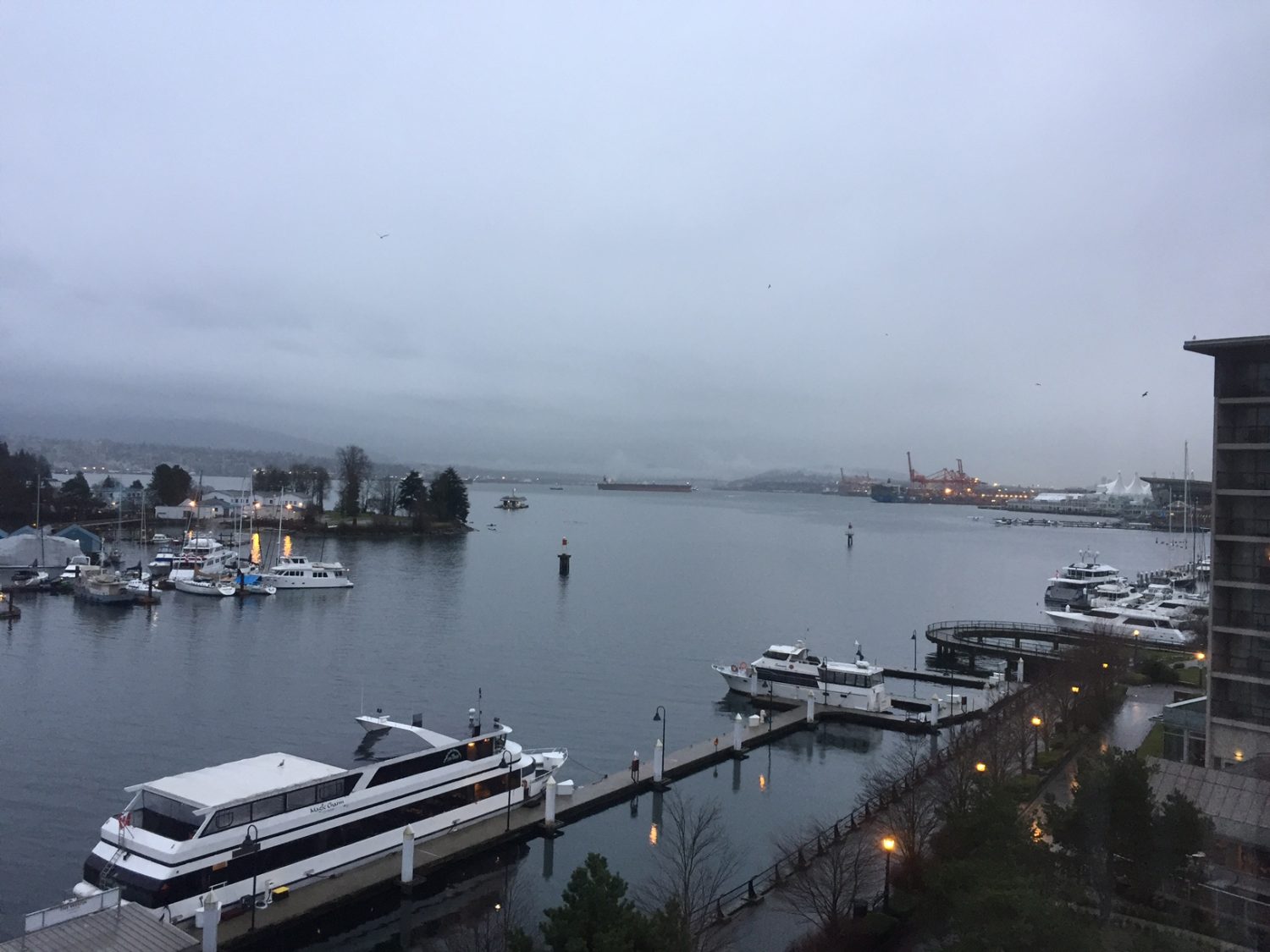