-The Kings’ skate was optional, and Tyler Toffoli left the skate shortly after it began. I’ve checked but don’t have an official word on his early departure. With his absence, there wasn’t a ton of continuity with the line rushes, though Anze Kopitar was again centering Marian Gaborik and Trevor Lewis, and Tanner Pearson and Devin Setoguchi were again flanking Nic Dowd. Expect Dustin Brown to re-enter the lineup. There appears to be an alteration defensively, with Tom Gilbert potentially drawing in for Matt Greene. Forbort-Doughty, Muzzin-Martinez, Gravel-Gilbert and McNabb (IR)/Greene were the defensive pairings. It’s the first half of a back-to-back, so the #LAKingsGoalieTweetOff applies; Peter Budaj was the first goalie off the ice and should be expected to start in net for Los Angeles.

-The Predators, who were always so well structured defensively under Barry Trotz, have experienced a mostly smooth transition under Peter Laviolette for the last several years of adding an additional offensive component to their game. How does that evolution look at ice level? “I think, if you look at your lineup and the way way they’re built a little bit differently, they’re a little more offensive,” Dustin Brown said. “I think Laviolette, wherever he’s gone, he’s kind of trended towards the offensive side of the game. And then you look at their team, some of those guys over there are really good offensively. I also still think they have a pretty solid back-end, obviously with Pekka Rinne in net. They play a solid structure game, but I think they’re a little more dangerous up front then maybe a few years ago.” P.K. Subban is expected to miss his fourth straight game due to an upper-body injury; Nashville is 2-0-1 in his absence and is coming off back-to-back wins from a two-game Metropolitan Division swing through Philadelphia and New Jersey. The Preds have allowed three goals during the run of play over their last three games. If Subban doesn’t go, expect defensive pairings of Josi-Ellis, Ekholm-Irwin and Pardy-Weber. That’s Yannick Weber, by the way.

-Laviolette, on the Kings: “I mean, they’re a dangerous team. You’re constantly having to try to find a way to defend. There’s a lot of pucks that come at your net. They’re big, they’re strong, they shoot pucks to generate offense, maybe not off the original shot, but shooting that puck creates second chances and third chances, and they’re one of those teams that I think you have to stay heavy in the battles. Our guys have done a pretty good job of that this year, the last couple of years with L.A., knowing how you have to play. I think we’ve recognized it and have done a good job responding to them.”

-In addition to the 1991 team holiday party, Kings Weekly will look back at Wayne Gretzky’s jersey retirement, Jim Fox’s recollection of the scene inside the Forum the night Kirk Gibson hit his Game 1 home run against Oakland, several Forever 50 features, an account of Rogie Vachon’s Hockey Hall of Fame induction, Winter Wonderfest at the Discovery Cube and a special Thursday Straight Up with Jesse Cohen and yours truly.

-Darryl Sutter didn’t speak with the media today, so we won’t hear from him until after tonight’s game. A story on the team’s penalty killing will follow; my pre-game guest on Kings Live will be Jeff Carter. Enjoy your Thursday, Insiders. 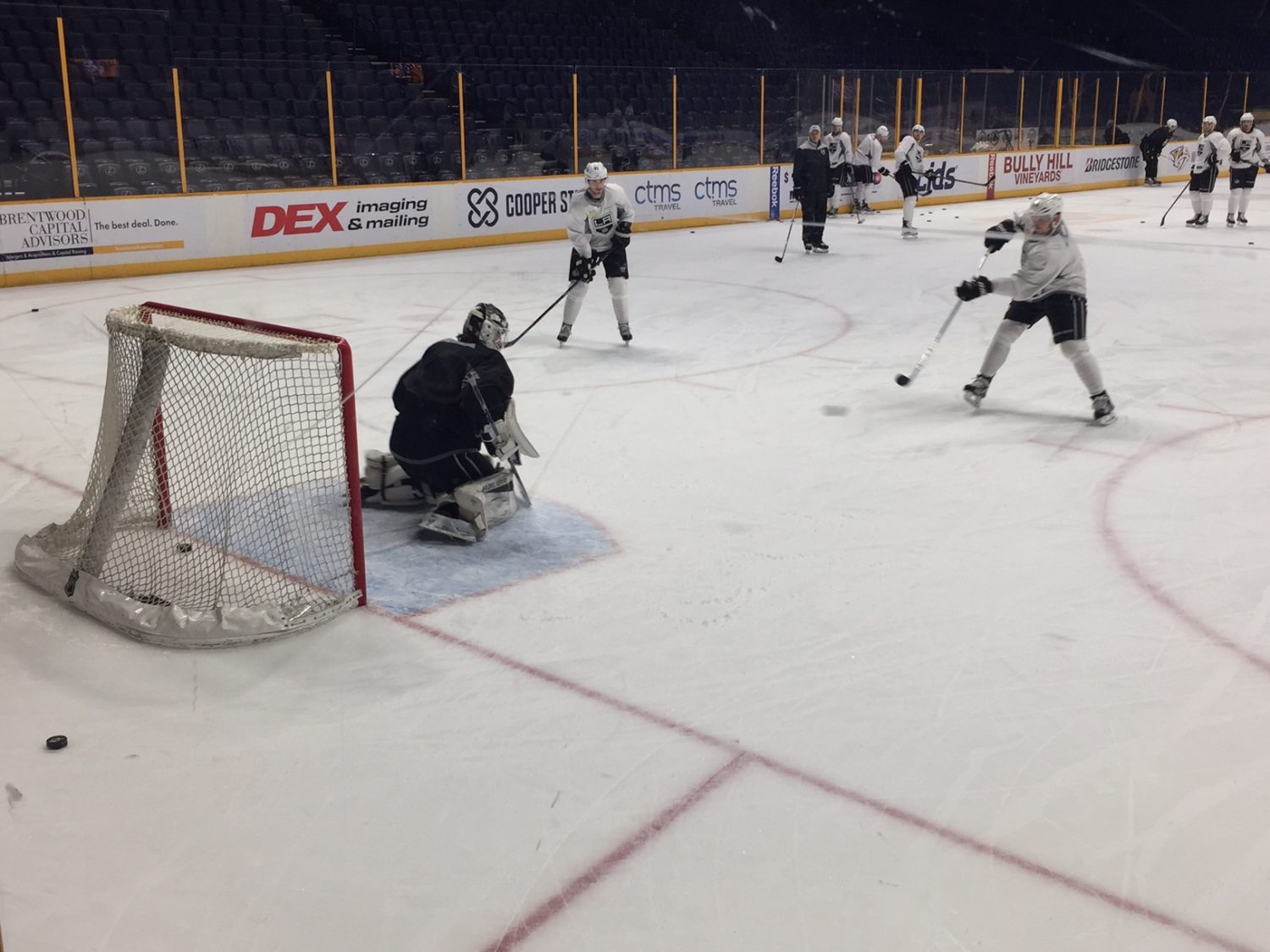