I generally try to avoid the HEY GUESS HOW COLD IT’S GOING TO BE discussion during Good Morning posts this time of year, because, hey, it’s winter, it’s going to be cold. But, Insiders, this is going to be a chilly cycle through the rust belt:

It is supposed to get a touch warmer (but still wet) in Nashville before the trip ends in mild Dallas. Can’t wait for, uh, balmy Boston.

Going off my own memory – I don’t keep record of this – the coldest day on any trip since I started traveling with the team was our stopover in Ottawa during the 2012-13 season. I remember it being so frigid that the chill swept up my pant legs while we were claiming our bags underneath the plane after landing in the early afternoon; Good Morning, Ottawa tells me that it was five degrees Fahrenheit and dropped to eight below zero the next morning. At the other extreme, did anyone here attend the Kings-Coyotes Western Conference Final? If my memory serves me correct, the highs for Games 1 and 2 were between 105 and 110 degrees.

Sunday’s snow was still visble on the ground underneath our final approach into BUF yesterday afternoon:

I’m not saying I’m packing up my family and moving to North Tonawanda, but Buffalo is a much better city than its reputation. Western New York is beautiful in the summertime – we enjoyed during the NHL Draft this past year – and there are great little taverns and eateries scattered throughout its neighborhoods around the downtown core. There’s a lot of civic pride in Buffalo, whose skyline has been enhanced by the addition of the HARBORCENTER (yes, all caps), a mixed-use collection of hotels, hockey rinks and outdoor spaces that connect lower downtown to (the arena now known as) KeyBank Center. It’s not my first destination spot in the winter, but it’s a better place to visit than some other places on the circuit we see more frequently.

That’s it for now, Insiders. I’ll have more from the rink in a little bit. If you’re an early bird, I’ll be joining Gord Stellick and Rob Simpson on SiriusXM NHL at 6:30 a.m. PT. Speaking of broadcasting, Gary Thorne will broadcast the first four games on the trip before Ralph Strangis joins the trip for the final three. Strangis, who was a longtime Dallas Stars television play by play broadcaster, will call a Kings game in Dallas that is sure to raise some interesting and perhaps emotions. I look forward to speaking with him about that upcoming experience. 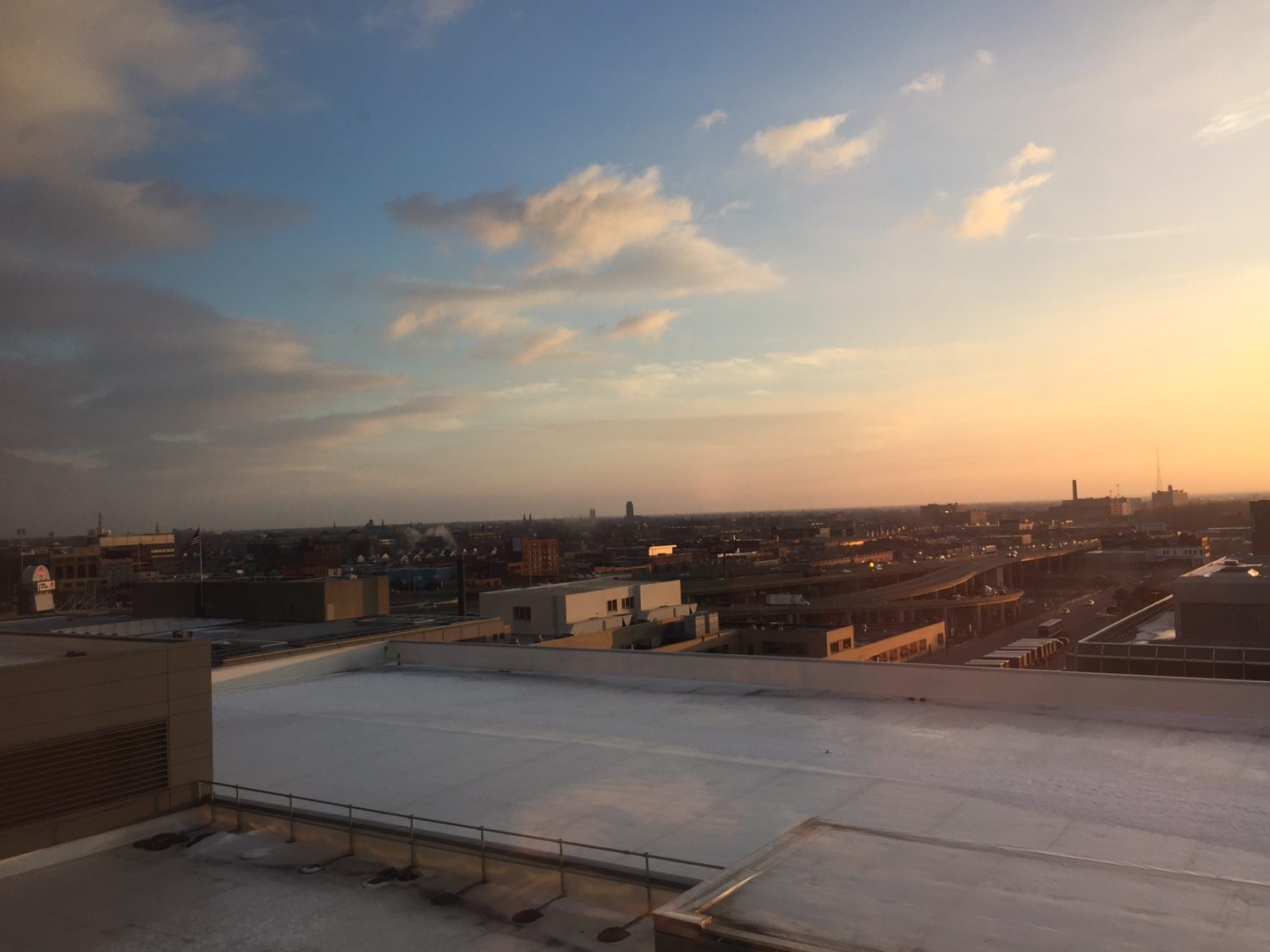