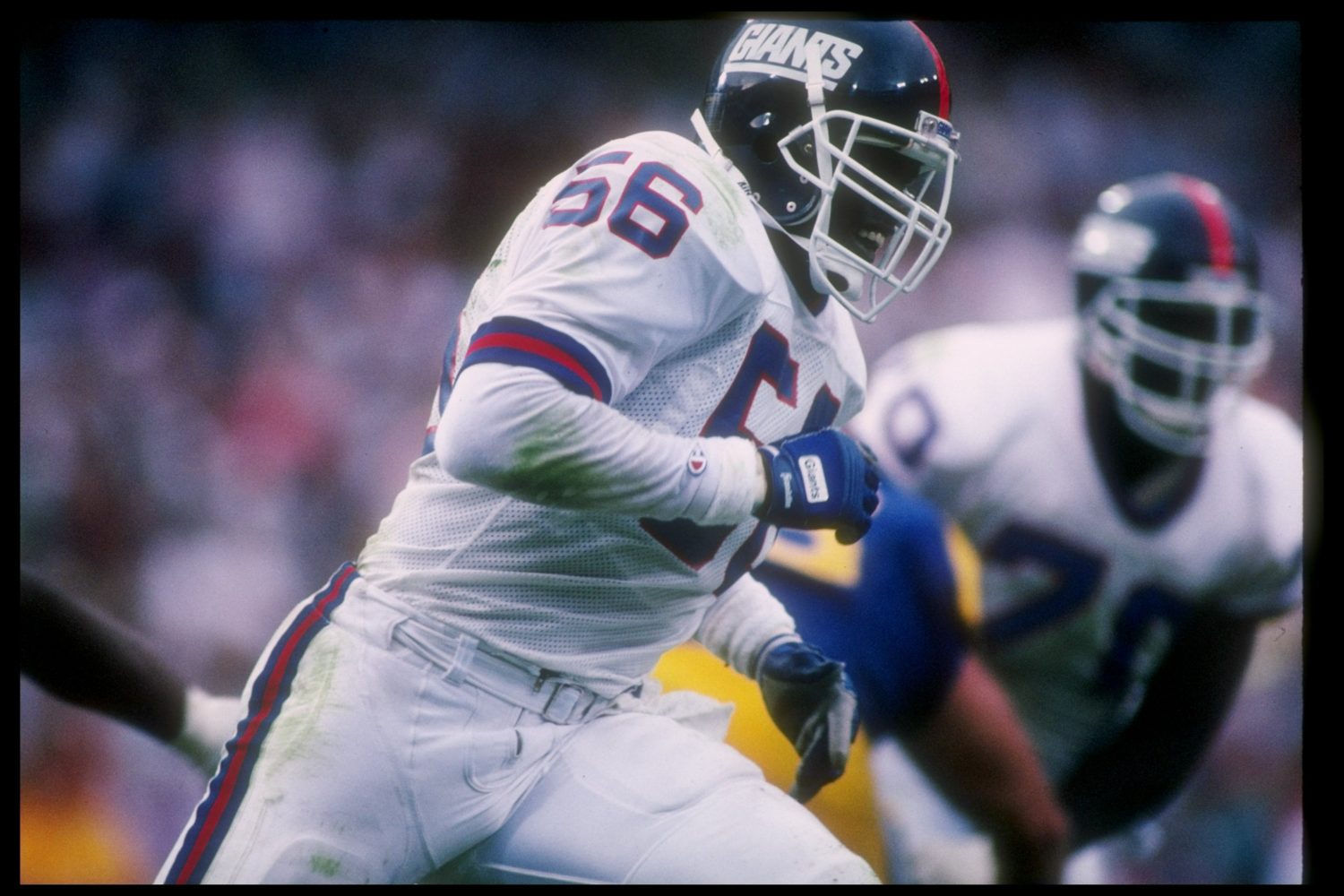 Before we address today’s news and notes from practice and get to the full scroll of Darryl Sutter’s quotes, the Kings’ coach shared an update on Jonathan Quick, who obviously was not on the ice with the team today but was clad in a New York Giants hat and a #56 Lawrence Taylor Jersey.

Darryl Sutter, on Jonathan Quick, and whether there has been a change in his progress:
No, other than he must be a Giants fan. [Reporter: He said Lawrence Taylor’s the best defensive player ever.] He’s probably right. I’d tend to agree with him. But in terms of [his progress], he’s just starting moving to the end of training from therapy. He’s still very much in the rehab mode. They’re still talking about a month before he could even begin to say what that next step was. It’s not in this [calendar] year before there’s any sort of update.

In addition to the players who have combined to officially miss 96 man-games due to injury (Andreoff-16, Gaborik-21, Kopitar-5, McNabb-18, Quick-25, Zatkoff-11), the Kings have also dealt with several skaters playing through some dings and scrapes, and even Drew Doughty left the ice after a quick skate on Saturday. A hockey operations source told LA Kings Insider that Doughty took the ice early in the skate – apologies; I was dealing with LAKI tech issues from home and arrived 10 minutes late – before leaving due to rest and maintenance needs, a development that Sutter confirmed.

Sutter, on Doughty’s absence from practice:
He was out early. Just precaution – three or four guys are banged up. Want to make sure they’re ready for Buffalo. [Reporter: And he’s ready?] He’ll be fine.