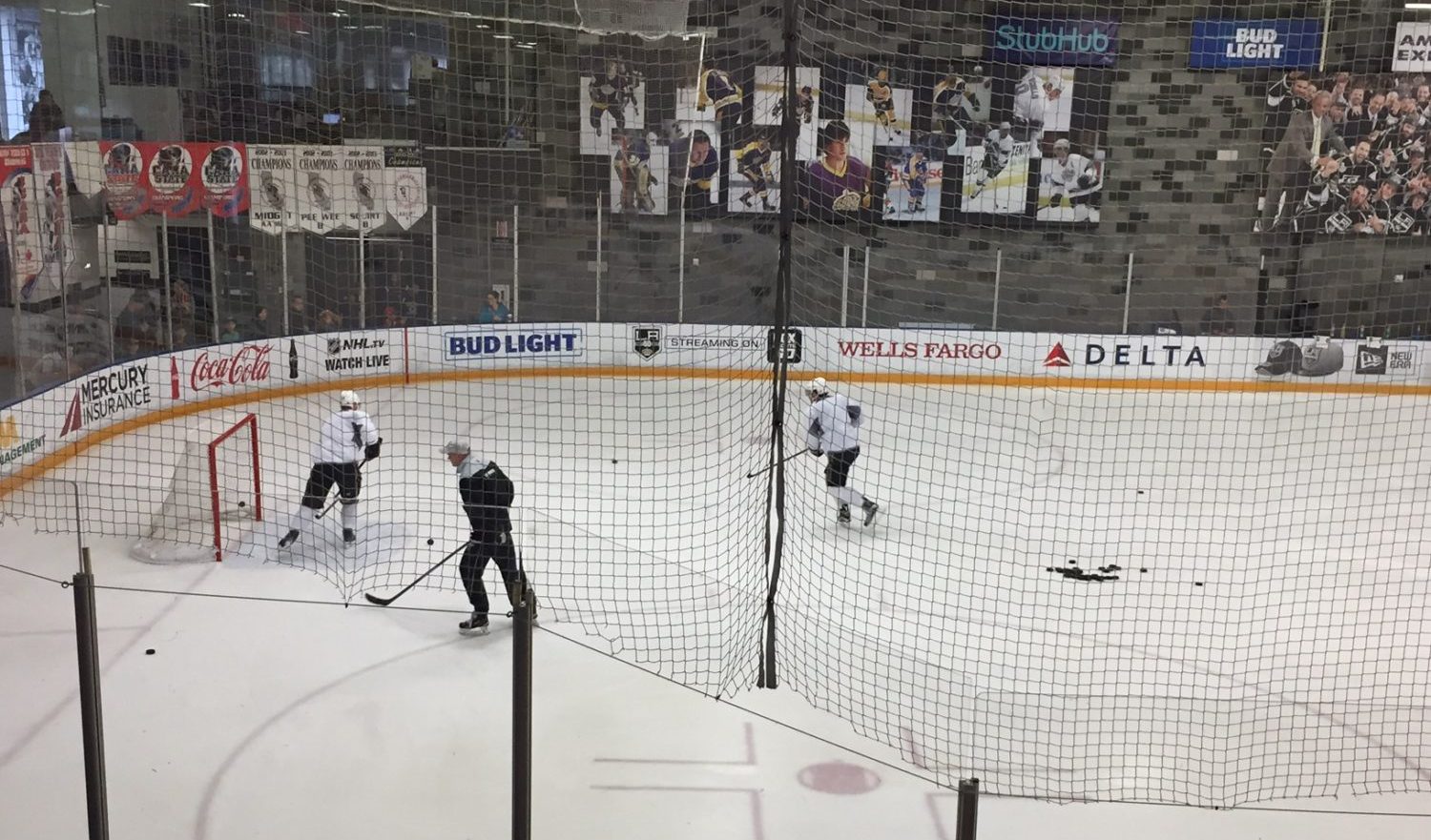 So, Freeway Faceoff. The Kings didn’t hold a morning skate today, though Marian Gaborik, Andy Andreoff and Anze Kopitar did take the ice along with goaltender Jeff Zatkoff. The Kings don’t announce starting goaltenders, so we won’t get a real indication on who will tend goal until the team takes the ice for warm-ups, but Zatkoff taking the ice this morning could be viewed a couple of different ways: 1) Because he left the ice 20 minutes before the others, it could be a sign that he wanted to see pucks and work up a sweat to better prepare him for a start in lieu of a morning skate, or 2) Because he was on the ice early with those who aren’t expected to play, it was a sign that he’s unlikely to draw the start. I don’t know, Insiders. This is as close to a coin flip as I can remember on the second night of a back-to-back.

As for Kopitar, he wasn’t putting any real zip on his shots and is still likely another game or two away. Don’t expect him to play against Anaheim. Andreoff was looking like he’s on the verge of a return; earlier this week he pinpointed Wednesday’s game against the Islanders as his target date. Gaborik should be a game to a few games after that and earlier this week said that he’d need to test his foot in battle and compete drills. They’re all very close to relatively close.

Eric Stephens of the Orange County Register has your Duck updates. Clayton Stoner (lower-body) isn’t expected to play, and if Kevin Bieksa (illness) isn’t able to go, Shea Theodore, who better have some Fastrak for his frequent San Diego-Anaheim commutes, will replace him. Expect John Gibson to start in net with lines of Ritchie-Getzlaf-Perry, Cogliano-Kesler-Silfverberg, Rakell-Vermette-Kase and Garbutt-Wagner-Boll, and defensive pairings of Fowler-Vatanen, Lindholm-Manson and Holzer-Bieksa/Theodore.

Davis Payne, on the Brown-Dowd-Setoguchi line’s success:
I think their offensive success comes when they do the job in their own zone right, and that allows them to go play in the other end with some good energy. So that’s the starting point, always is. I think the thing that has allowed them to generate their successes is when they’re willing to forecheck and they’re willing to hang on to pucks. Their possessions generally lead to some sort of opportunity between the dots and they’ve done that well. Last night was a perfect example, pucks are in off our forecheck and possession becomes offensive zone play. Now you get a chance to have your skills make a difference – and that’s exactly what happened last night – but it’s about checks and balances first and foremost. When they’ve got the checks done and taken care of, there’s usually a pretty good bounce for us at the other end of the ice.

Payne, on any differences in Brown’s game this year as compared to others:
I think Brownie’s a power forward, there’s power in his game. He’s looking to get to the hard areas and he’s looking to do the job on the walls and win battles on the walls in the offensive zone and then get to the inside. I don’t know how you’d say it, but simplifying it is not as simple as it sounds. However, it is very effective.

Payne, on what Carter does well when he’s playing without the puck:
He closes distance quickly. When he wants to get there he’s gonna get there. That closing speed, that anticipation; that’s a loose puck in your favor.

Payne, on whether Carter is one of the most intuitive players when it comes to positioning:
He’s a great player. You can’t be a great player without having that. 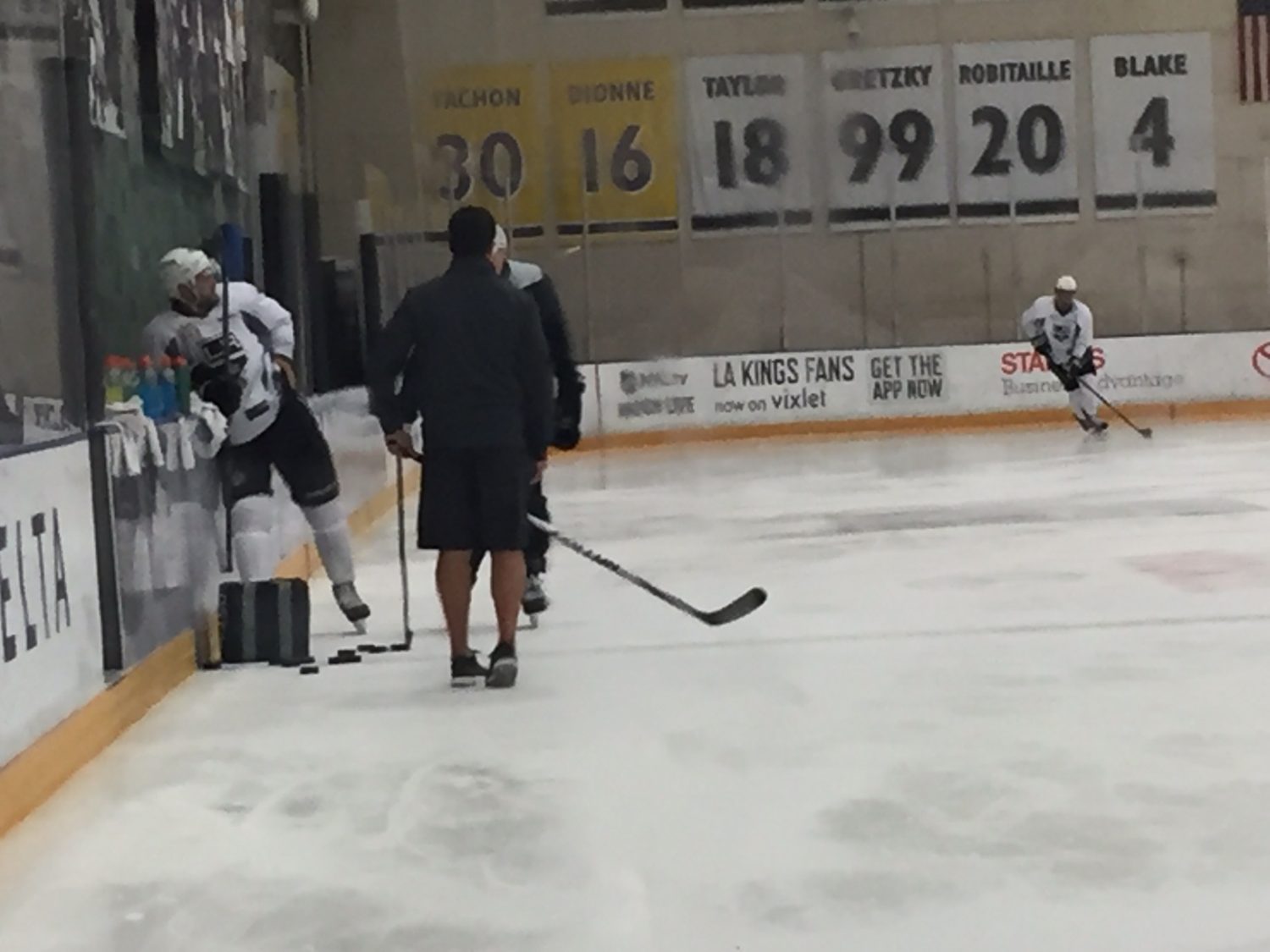