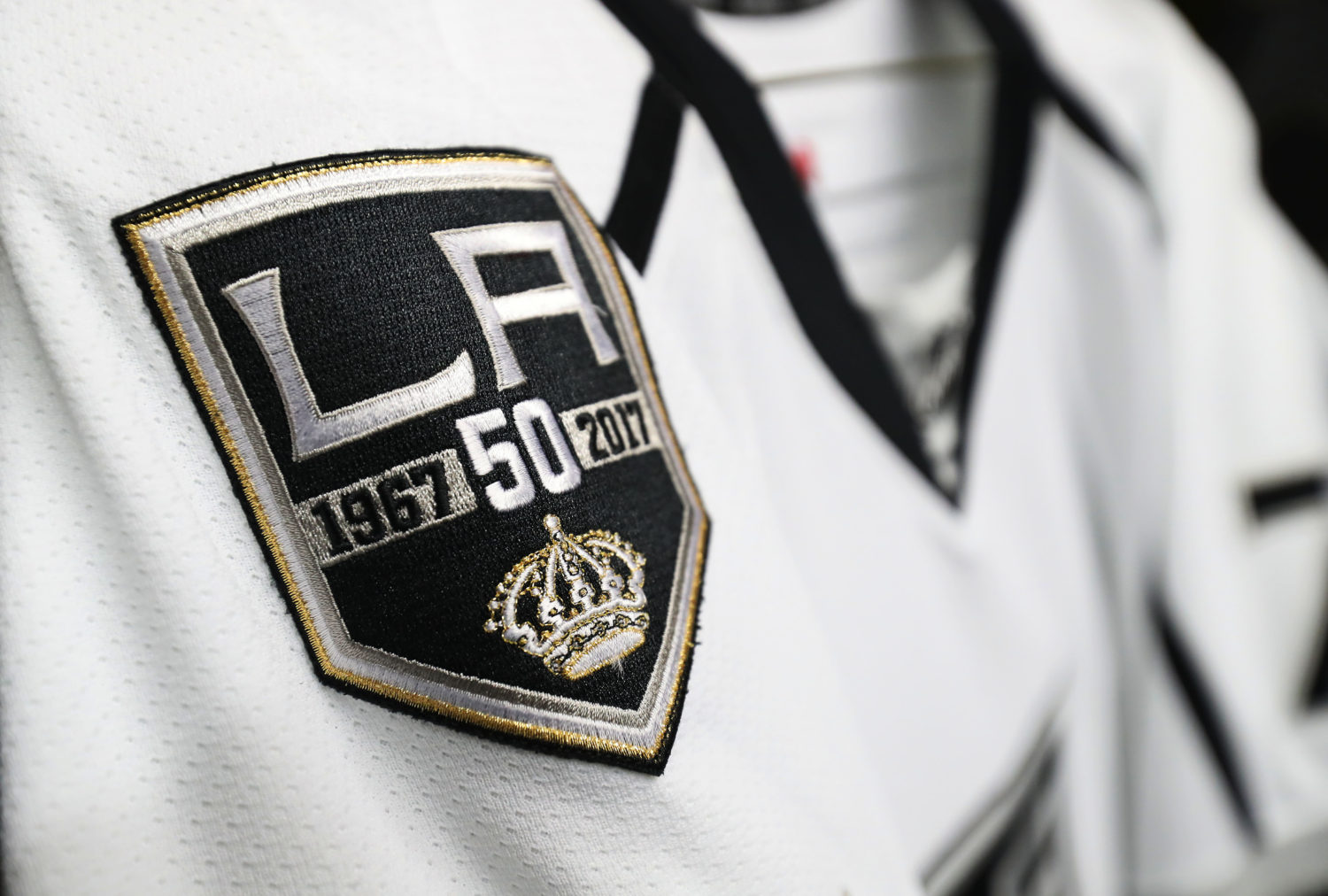 Good afternoon from El Segundo, where the Kings took the ice at 11:00 a.m. and were aligned by color-coded jerseys. The forwards were grouped as such:

-Because no one from the injured group (see: Gaborik-Kopitar-Andreoff) was placed on a new line, no lineup changes should be expected for Saturday’s game against New Jersey (1:00 p.m. / FOX Sports West / FOX Sports GO / KABC 790 / I Heart Radio). Similar to recent practices, there’s not yet that full “oomph” on Kopitar’s shots, so the Kings’ captain may still need a bit of extra time.

-Tomorrow’s game is an afternoon game, so the #LAKingsGoalieTweetOff applies. Peter Budaj left the ice first, followed later on by Jeff Zatkoff. Nothing official has been shared yet, but expect an announcement that Jack Campbell has been assigned back to AHL-Ontario. “Panning for gold in Stockton,” Darryl Sutter said in reference to Ontario’s opponent tonight. Zatkoff, who had four good days of practice since Friday, when he had to leave the Ottawa game because of groin spasms, says that he’s ready. “I feel 100% confident now. I feel it’s good to go, so now I’ll just keep working on getting back up to game speed, keep practicing, and just go from there.”

-Speaking of panning for gold, Darryl Sutter demonstrated very good knowledge of our state’s history. The reason? He said his family is among the descendants of the Sutter family of California Gold Rush association. Yes, there will be (very interesting) quotes coming.

-Back to hockey. Jonathan Quick isn’t yet ready to work out, and there’s still no real timetable on any sort of a hypothetical, down-the-line return. I’ll share an update there shortly.

-Another story will follow on the team’s improved defensive mobility with players such as Derek Forbort and Kevin Gravel – both strong skaters – joining the mix. This follows an observation yesterday from Darryl Sutter that he’s happy with the “good, young defense.” He continued, noting that if a healthy McNabb were to be reinserted into the group, that “I’d take those six and do it for 10 years.” Said Drew Doughty, earlier today: “Yeah, I guess we’re a little more mobile. I think we can be better defensively as a group. But besides that, I think we’ve been pretty good.”

-We’re about to shoot another Saturday Straight Up, which will air during the second intermission of tomorrow’s game. Jesse Cohen moderates; Josh Cooper and I will be panelists. More to come, Insiders. Let’s talk soon…