Reign recall Flinn from Manchester as Campbell goes back to Kings 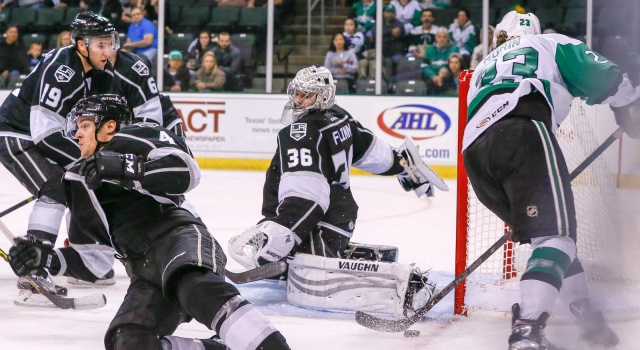 The Reign have recalled goalie Jack Flinn from ECHL-Manchester in a corresponding move to Jack Campbell’s emergency recall to the Los Angeles Kings.

Campbell’s recall was anticipated as a result of Jeff Zatkoff leaving Friday’s game in Ottawa due to a lower-body injury. Campbell will join the Kings in Winnipeg, where they have an afternoon game on Sunday against the Jets.

The Reign play tonight at 5 p.m. PT at Iowa and on Sunday at 2 p.m. at Rockford. Today’s roster moves leave the Reign with Anders Lindback and Flinn as their options for weekend trip.

Goalie Jonah Imoo did not travel with the Reign.