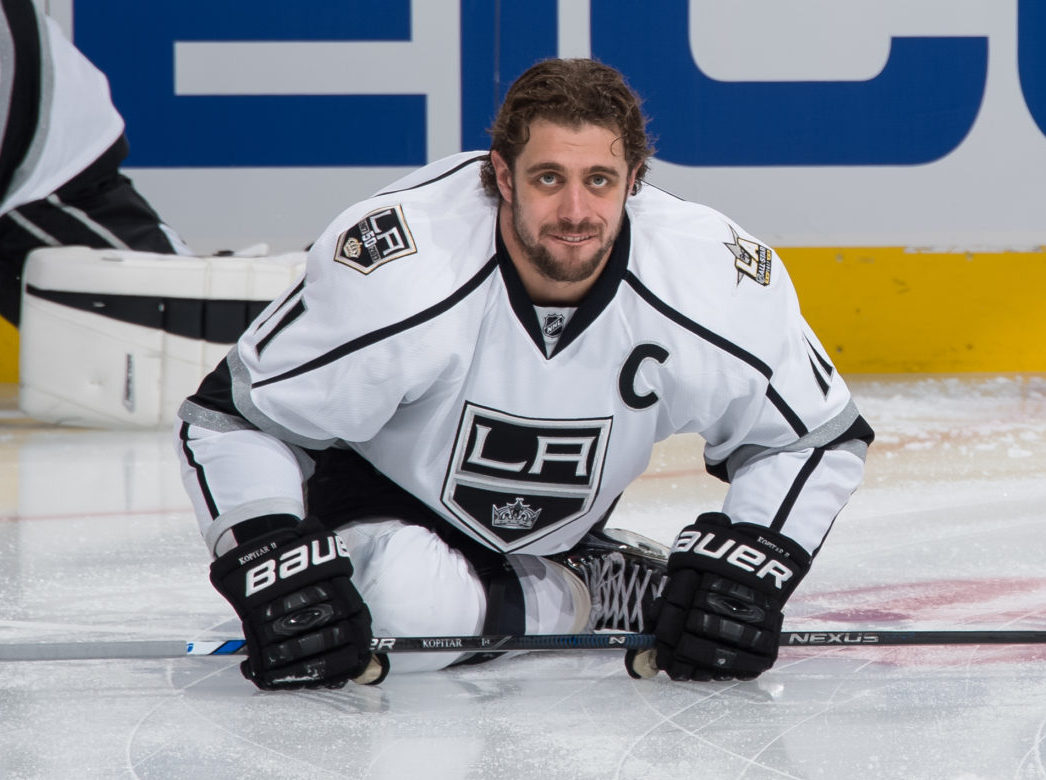 In a season not yet one month old but plagued by injuries to key players, the Kings’ Anze Kopitar left in the third period of Friday’s 2-1 loss in Ottawa due to an apparent upper-body injury.

He wasn’t the only one.

Goalie Jeff Zatkoff did not come out for the third period due what was reported as a lower-body injury. He stopped all 18 shots he faced in the first 40 minutes of his first start since his return from a groin injury.

On what looked like an innocent play just two minutes into the third, Kopitar was skating down the right wing forechecking a dump-in when he was met by Senators defenseman Marc Methot, who angled the Kings captain into the boards. Kopitar immediately appeared in obvious discomfort and upon returning to the bench headed down the tunnel shortly after.

Below is video of the incident, courtesy of Twitter user Eric Burger (@Kingsgifs):

Kopitar returned to the ice minutes later, albeit briefly, and that was the last the Kings would have him as they saw their 1-0 lead evaporate without his services. He finished with 17:55 of ice time.

“He came back and tried to play,” head coach Darryl Sutter said after the game. “He’s the kind of guy that’s gonna try to play.” Sutter said the team, Kopitar included, was traveling right away to Winnipeg, where they’ll play Sunday afternoon.

For Zatkoff, it was his first contest since Oct. 18 and his first since an injured-reserve stint due to a groin injury suffered on Oct. 22. He looked sharp in his first two periods of action but Sutter said he didn’t now what the injury was and that Zatkoff, “pulled himself after the second period.” That gave the net to Peter Budaj, who allowed two goals on 15 shots.

It sounds like Zatkoff will also be on the plane to Winnipeg as he told Los Angeles Times reporter Lisa Dillman, “I’ll talk to you guys in Winnipeg.”