The view from Pittsburgh 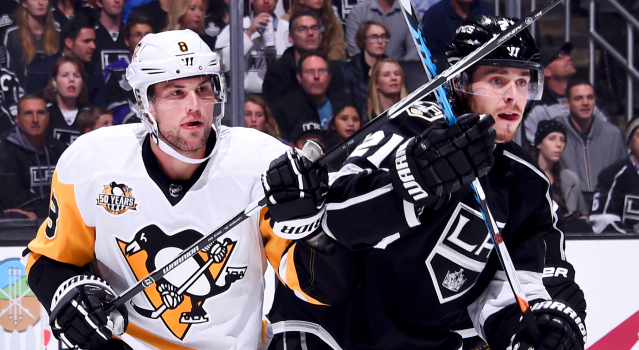 “Their lead lasted just seven minutes, as Crosby connected with Kris Letang for a second time in the game to put the puck past Budaj. Letang faked a shot in the slot and snuck a pass through to the Penguins captain, who popped the puck off of Budaj’s glove and in.”

“Crosby, who skated with a pair of new linemates in Carl Hagelin and Patric Hornqvist, has six goals in five games since a concussion delayed his start to the season.”

“Crosby scored two goals and dominated nearly every shift, but the rest of the Penguins were relatively lethargic and ultimately fell to the struggling Kings, 3-2, in overtime.”

“The Hagelin-Crosby-Hornqvist line (along with Letang, who is usually played with Crosby) are looking great. The other 3 lines? Not so much on this night.”