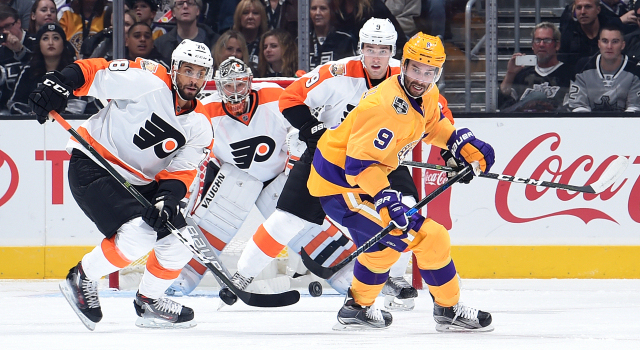 It was a surprise last week when Teddy Purcell, listed as a healthy scratch in the league’s game notes, was deemed to be “banged up” with an undisclosed injury and at 90% last week, according to Darryl Sutter.

“Yeah it was kind of one particular incident, it just kind of wouldn’t go away,” he said of his injury. “I worked hard to get back in game shape. You can still ride the bike and work as hard as you can off the ice but it’s going to be a challenge playing against a fast team, so I’ve just got to keep it simple in the first period and get that timing back.”

Purcell will get right back into it: the veteran winger skated to the right of Tanner Pearson and Anze Kopitar at today’s morning skate and is expected to return to action tonight after an eight-game absence.

“It feels good,” he said. “It’s been a while since I’ve played, my body feels good, finally, so I’m excited to get back in.

Teddy Purcell, on what he can add to the lineup:
In the past I’ve been a complimentary player and I’ve been lucky enough to play with a lot of good players so I’ve got the chance tonight to play with Kopi and hopefully we kind of get some early chemistry going. It’s hard watching out, and I look at myself as an offensive player, playmaker, and when you’re not scoring goals it’s hard, so hopefully I can come in and contribute and help out any way I can and still be responsible away from the puck. You can’t win if you’re giving up three or four goals a night so we got to be focused on both areas.

Purcell, on whether he feels 100%:
Yeah, I feel as good as I’m going to feel and it was a tough stretch. You work so hard all summer, you get excited and you feel pretty good in training camp and then right away you kind of get hit with a little bit of bad luck but it’s a long season and in fact there’s a lot of guys and hopefully I can learn from it because it’s not fun sitting out. And coming in to a new system I got to watch a lot of games and kind of get more comfortable and used to how they play and what they expect.

Purcell, on whether there’s any benefit to sit out and watch games:
Yeah, I mean any time you’re out it sucks, but you got to try and take a positive out of it and especially when you haven’t played. They’re really big on play away from the puck and the structure of the team and coming in it’s a lot to take in early so it was nice to kind of watch and learn a couple of things even when you’re not playing.

Purcell, on slowing down Pittsburgh’s team speed:
Yeah you got to make it hard on those guys. They’re world class players over there, so they’re going to get their chances, you just got to make it hard and limit those chances and match up against them as best we can, out play them.

In addition to Purcell, the Kings will also get a fresh look at defenseman Kevin Gravel, who was recalled from AHL-Ontario earlier in the day and is expected to slot to the left of Alec Martinez.

Gravel showed some aptitude at playing at the NHL’s pace during a five-game stint last season and credited that to his confidence level.

Kevin Gravel, on his early season performance in Ontario:
I think it’s been getting better as it’s been going along, obviously you know we really haven’t played that many games yet. We’ve only played six games down there. I think we have two in Tucson this weekend, they traveled there today so we’re still pretty excited to get in to the games. As a team as we’ve got going and we’ve started to play better. I know we had a couple games there where we were getting scored on a little bit too much. We were getting in some 6-5, 5-4 games, and that’s not really how we play. I know our last two games we’ve kind of gotten back to team play overall in our defensive zone and things like that. As the games have been going on it’s getting a lot better and I think the guys are pretty happy with what’s been going on down there.

Gravel, on whether he was disappointed by not making the Kings roster out of camp:
I think so, and I think that’s ok, as long as you use that in the right direction. Obviously you set a goal, and your goal is to make this team out of camp and that didn’t happen but you just go down there and continue to get better. Obviously I’m not a finished product yet and there’s a lot of things I can learn, a lot of things I can still work on and you just try not to think about it and wherever you’re at you just kind of show up and play your game. You let everything else just take care of itself and as long as you’re taking care of the things that you can take care of everything will sort itself out.

Gravel, on his play in Ontario after not making Los Angeles’ opening night roster:
I felt good. I thought my confidence was good, there are going to be ups and downs, like there are with every season, but I felt good. Like I said the team is starting to come around and we’re starting to get comfortable with each other as a team and where everyone is going to be on the ice and things like that. The environment and the atmosphere down there—I’ve been with those guys for two years going on three here and I love playing with those guys down there. Obviously you want to be up here, don’t get me wrong, I’m ecstatic to be up here but if I’ve got to be down there, then it’s a great group to play with. Disappointment at first but then the season gets going and you get ready to play.

Gravel, on adjusting from the AHL to the NHL:
You know with two different coaches they’re going to put their own little twist on things, but overall everything is pretty similar which makes it nice for whoever gets the called up is able to jump in and kind of not have a whole new system to learn. The core words I guess are all the same, and then for the most part D-zone, neutral zone and O-zone everything is kind of the same. Like I said, throwing a little twist on things but that’s something you ask questions here or there, just little things you can pick up on as you play games. The adjustment’s really not that big, which is nice.

Gravel, on making his season debut against the defending Stanley Cup champions:
Obviously I haven’t been around much but personally I’m very excited. I think the team is excited, too. I think we’ve just got to go out there and look to have a good game, just try to keep it simple and obviously, you said they’re the defending champs, so a pretty good team coming in here. We just kind of got to play our game and see where it goes. 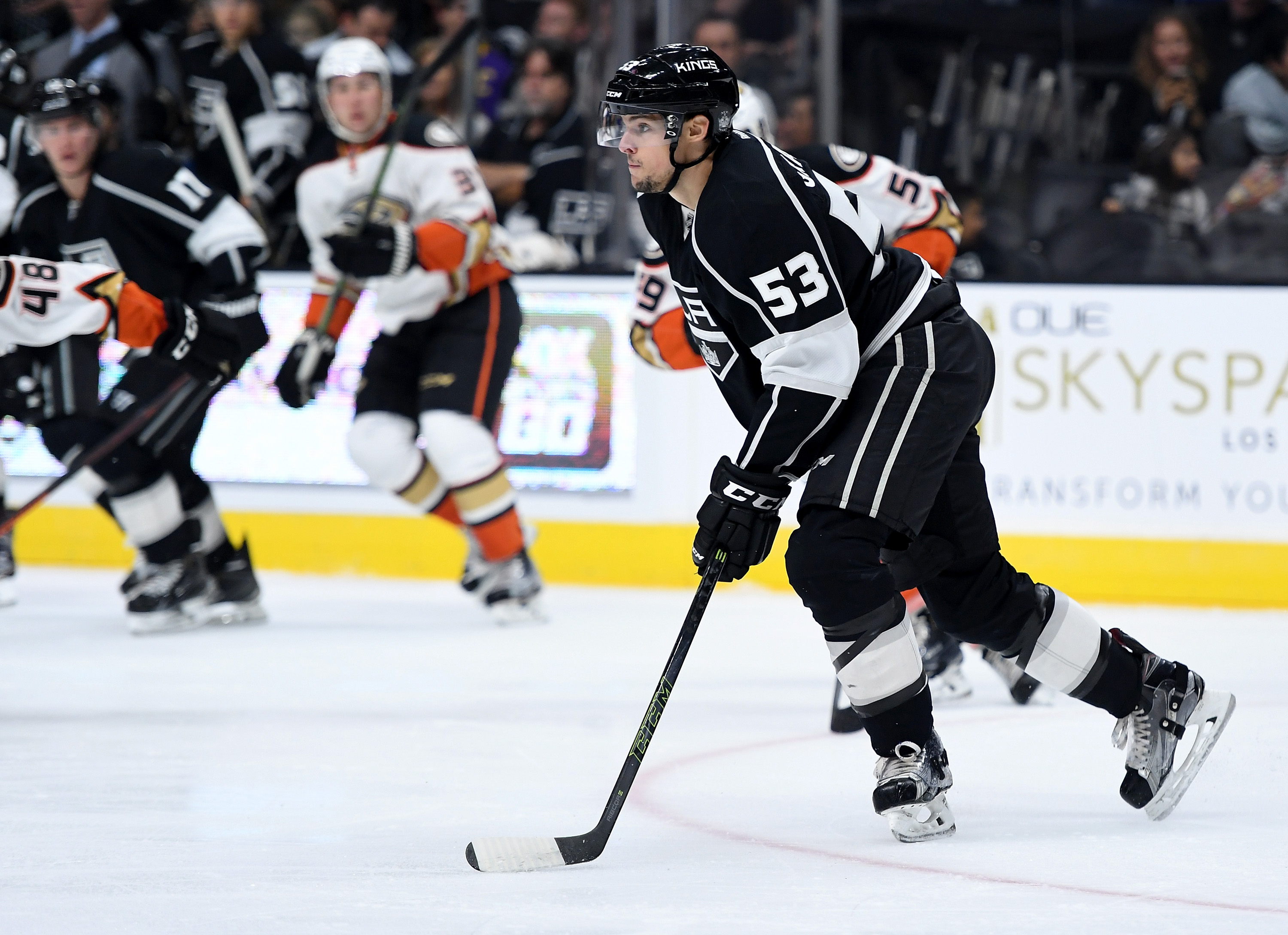