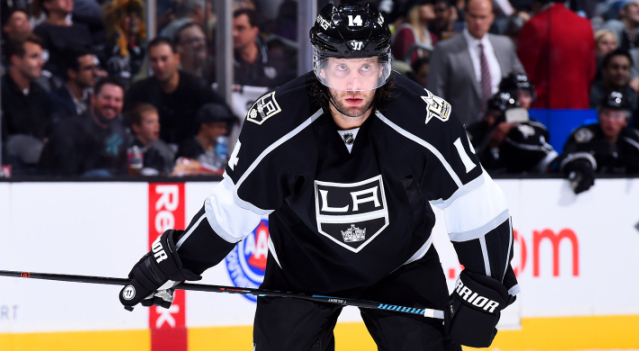 Kings defenseman Tom Gilbert has been suspended three games for his unpenalized second period hit on Anaheim’s Nick Ritchie, the NHL announced on Thursday. Gilbert, who will surrender $23,333.34 to the Players Emergency Fund because of the suspension, will miss home games against Pittsburgh and Calgary this week and next Tuesday’s road trip opener in Toronto.

According to the Department of Player Safety video, “As the video shows, Ritchie approaches Gilbert on the forecheck deep in the L.A. zone. Gilbert moves the puck to a teammate as Ritchie finishes a hard hit into the end boards. The play moves back up-ice. Ducks defenseman Clayton Stoner takes a pass from a teammate and quickly moves the puck to center, where Ritchie is waiting for a pass. Approaching Ritchie from behind, Gilbert finishes with a solid hit through Ritchie’s numbers and left shoulder, driving him violently into the boards and causing an injury. This is boarding. It is important to note that although Ritchie puts himself in a vulnerable position, he does so well before Gilbert intiates this hit and with more than enough time for him to avoid, or at the very least, minimize contact. Instead, Gilbert not only finishes Ritchie through the back, he does so with significant force, coming off the ice through contact as he explodes into this hit. The launch upward by Gilbert not only increases the force of the impact, it causes Ritchie’s head to be driven forcefully and dangerously into the glass in an illegal manner.”

The league also noted Gilbert’s history in the video. In October, 2010, Gilbert was fined for contact to the head of Matt Stajan, a hit that didn’t injure the Calgary forward but came off poorly on video.

Speaking before the suspension was announced, Darryl Sutter expressed his displeasure with the league’s intervention. “I totally disagree that there should be any sort of hearing or anything, at all, and usually I’m all in the [mindset of], ‘what’s the right call,’ it doesn’t matter if it’s your team or the other team, but I totally disagree with it,” he said. “Quite honest, there were ones on him that should’ve been looked at. So I totally disagree with it. I’ve got nothing, that’s just how I feel. I was shocked and surprised to hear [there would be a hearing].”

It’s interesting that the league noted that the hit came as Gilbert “approached Ritchie from behind,” which is debatable, given that the replays show Gilbert approaching the Ducks forward from a 45-degree angle. Still, the more significant concern is that Gilbert appeared to launch up towards Ritchie, springboarding towards the Ducks forward and leaving the ice surface. Was that momentum from contact that carried Gilbert up towards Ritchie, or was that actually Gilbert leaving his feet? (Looking at the video, he probably left his feet prior to contact, though his right skate may remain on the ice.) The injury appeared to occur as the force of the hit snapped Ritchie’s head violently against the glass. Ritchie, who was treated for concussion protocol at Staples Center according to Eric Stephens of the Orange County Register, did not skate today.

Though the hit was unpenalized, Gilbert and Anaheim forward Corey Perry received roughing minors for an altercation after a whistle on the same shift. In eight games, the right-shot defenseman has three assists and a minus-two rating while averaging 16:31 of ice time.

With Gilbert out of the lineup, Kevin Gravel, recalled early on Thursday, was paired with Alec Martinez, while Derek Forbort was paired with Matt Greene as part of a blue line that had already been depleted by the injury to Brayden McNabb. 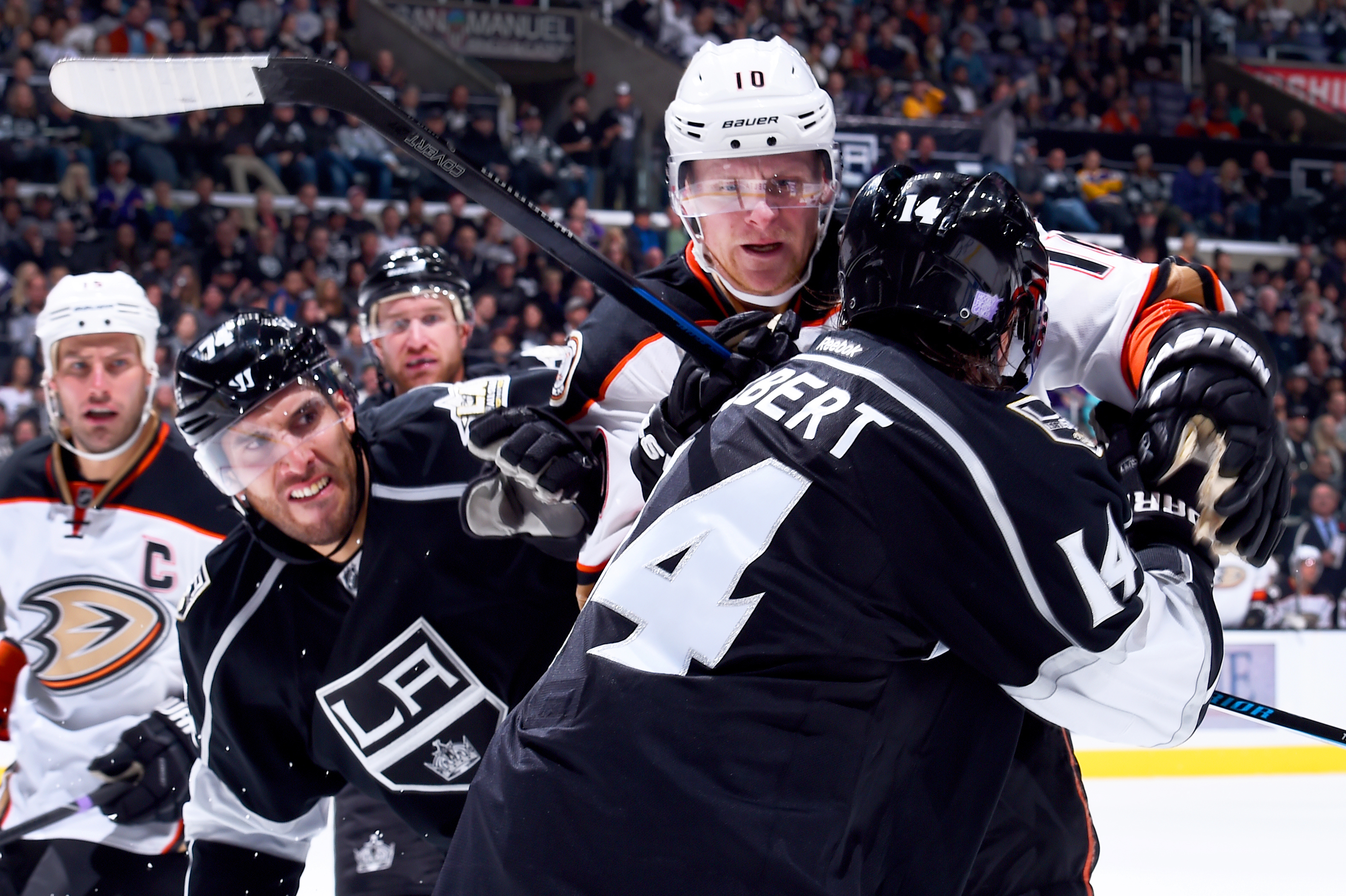