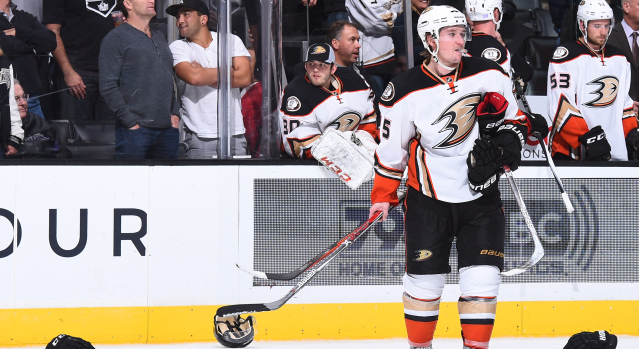 “The struggling Kings, who fell apart defensively in the second period, have not scored in three consecutive games, matching a dubious franchise mark, dating to January 1969.”

“The Kings ended up with the same empty feeling they experienced in losses at St. Louis and Chicago last weekend, raising legitimate questions about their ability to compete in a division that has improved enough to make the path to the playoffs extremely perilous.”

CJ Woodling: Ducks Make Themselves At Home At Staples Center

“The Ducks didn’t get out of the game in one piece, however, as Nick Ritchie left the game after a hit to the head from Tom Gilbert.”

“If the Ducks find their footing, they could only make Los Angeles’ road even tougher this season in a Pacific Division that seems improved from a year ago.”

“Meanwhile, the Ducks are nearly whole again, with Rakell’s stunning return to their lineup Tuesday. Defenseman Hampus Lindholm, a fellow Swede, is due back sooner rather than later, after he gets his work visa…”