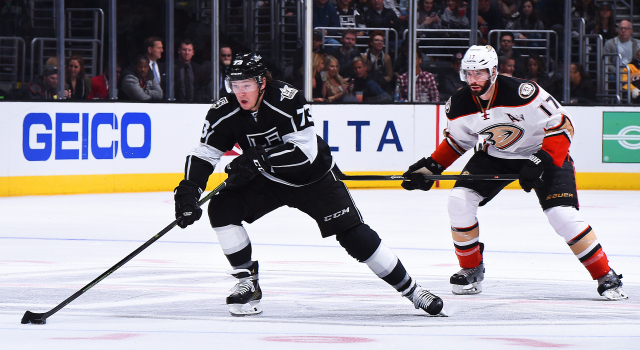 -With the loss, Los Angeles fell to 56-48-24 all-time against Anaheim, a record that includes a home mark of 34-20-11. These teams have four games remaining: November 20, February 19 and April 9 iat Honda Center, and February 25 at Staples Center.

-Los Angeles has played 16 consecutive regular season and playoff games since their last regulation win, a 2-1 win at Staples Center over Anaheim on April 7, 2016.

-Matt Greene appeared in his 442nd game with Los Angeles, tying him with Steve Duchesne for 10th place on the franchise’s list of games played by a defenseman.

The Kings are scheduled to hold an off-ice workout at 10:00 a.m. at Toyota Sports Center on Wednesday, November 2.