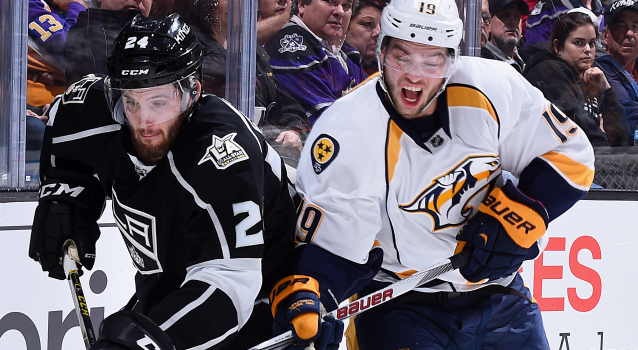 On winning four straight in overtime or a shootout:
Regulation wins. I’d prefer if it wasn’t four overtimes. One was in a shootout. You don’t get a regulation win for that.

On Peter Budaj:
He’s played really well for us. We don’t give up much and expect that he make – you’ve got to make some big saves, obviously, in the National Hockey League, but we don’t give up a lot of shots.

On what he liked about a strong third period after two even periods to begin the game:
I liked our battle level in terms of coming back. In the second period we were down one. Tied it up going into the third. They scored early. Killed a penalty on a bad line change, blocked three or four shots there. That’s huge.

On how Nic Dowd has impressed him:
Trying to put him in situations where he can be successful, and he’s taken advantage of that. [Reporter: Are you giving him a little bit more responsibility as you go along?] Not really, we’re using four lines.

On whether the team has been improving as games progress this season:
I don’t think tonight was one of our better games that we’ve played.