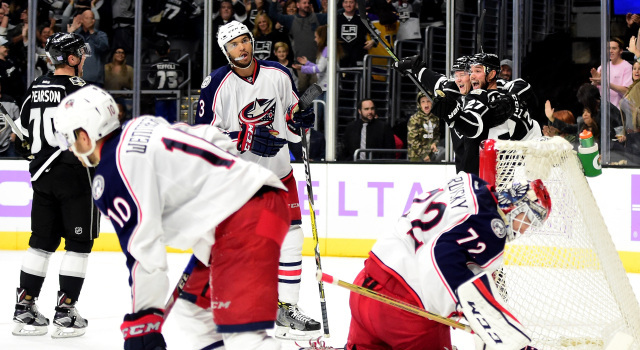 On the team’s performance in the win:
We played pretty much similar to our last game. It was a real complete game.

On how overtime puck management is taught and reinforced:
We’re trying to play close together and hang on to the puck and check when the other team has it.

On whether there’s any difference in Tanner Pearson’s game from last year:
Not really. [Reporter: Same player?] Yeah, I think he’s healthy, and he was coming off last year the injury from the year before and it took him a long time to get going. He had a hard time getting up to speed. I think he’s up to speed. When he’s on his game, he looks like a fast player. When he’s not, he struggles with it.