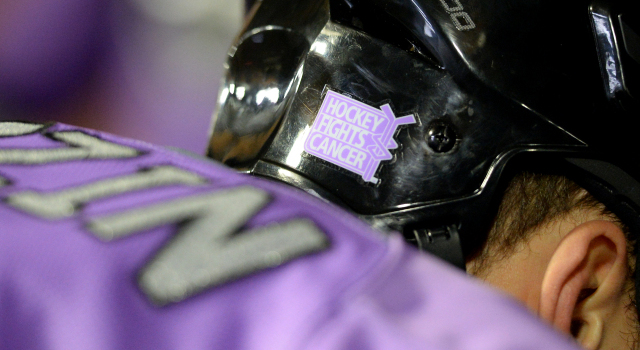 -There were no changes to lines and pairings at the morning skate:

-Peter Budaj left the ice first at the morning skate and is expected to start tonight against Columbus (7:30 p.m. / FOX Sports West / FOX Sports GO / 790 KABC / I Heart Radio). Teddy Purcell, Jordan Nolan and Matt Greene remained on the ice for extra work with Jack Campbell and are not expected to play tonight.

-Tonight is Hockey Fights Cancer night, and the Kings will recognize the club’s Quebec/Maritimes amateur scout Denis Fugere, who received a diagnosis of Grade 4 mantle cell lymphoma in September, 2015; in early June, he learned the cancer was in remission, and that excellent news is the most important update on this page. A conversation that I had with Fugere, and Kings Vice President of Hockey Operations and Director of Player Personnel Michael Futa, will air on FOX Sports West during tonight’s Kings Live pre-game show and in the arena during an intermission. The Norris, Selke and Lady Byng Trophies will also be stationed outside section 106 throughout the game. For a $10 suggested donation, fans will be able to take a picture with the trophies. More on tonight’s events below.

-The Blue Jackets are coming off a 3-0 road win at Dallas, a game that elicited this reflection by coach John Tortorella to excellent Columbus Dispatch beat writer Aaron Portzline: “I’m anxious to see if we get too high, or if we handle ourselves the right way, as far as our readiness for the next game. We’ve had meetings on it already. We’ve discussed it. And now we’ll go play and see where we go.” According to Portzline, the Jackets showed forward alignments of Saad-Wennberg-Foligno, Calvert-Dubinsky-Atkinson, Hartnell-Karlsson-Anderson and Jenner-Sedlak-Gagner up front and defensive pairings of Werenski-Jones, Johnson-Savard and Nutivaara-Prout while practicing yesterday at Toyota Sports Center. Defenseman Ryan Murray, the second overall pick from the 2012 draft who has shown strong aptitude while healthy but has battled injury through portions of his first three-plus seasons, will not play due to an upper-body injury. Via Portzline, Sergei Bobrovsky is expected to start in net. These organizations met in the third round of the Calder Cup Playoffs last season – Lake Erie swept defending champion Ontario in four games en route to an AHL title – and I’ll have a few notes shortly on Columbus and highly regarded 19-year-old defenseman Zach Werenski from those who played against the Monsters last spring.

-Darryl Sutter quotes will follow. Enjoy your Tuesday, Insiders, and thank you for reading.

Tonight’s events, via the Kings:
-The Norris, Selke and Byng Trophies will be available on the main concourse at 106 throughout the game for photos. For a $10 suggested donation, fans will be able to take a picture with the trophies.
-Fans can bid on lavender warm-up worn jerseys and sticks exclusively available through the LA Kings game-night mobile auction. To view the auction or for more information, visit lakings.com/auction or text the keyword KINGS to 52182.
-50/50 Raffle Tickets proceeds benefit Amgen’s Breakaway From Cancer.
-Tell us who you fight for! Fill in the name of a loved one and hold up your placard during Amgen’s Breakaway from Cancer placard moment. Placards will be at seats when you arrive.
-Learn more about LA Kings partners doing great work in cancer research and patient care. Stop by sections 116-118 on the main concourse to connect with representatives from Children’s Hospital Los Angeles, Ronald McDonald House Charities and Be The Match.
-The LA Kings will celebrate 50 “Heroes” fighting cancer or supporting those impacted by this disease during the Kings Care Foundation spotlight as part of the We Are All Heroes program.
-The LA Kings will welcome back 10-year-old Cooper Perdiago, the Amgen Breakaway From Cancer Champion, to perform the ceremonial puck drop. He is currently in remission and was treated at CHLA.
-The LA Kings will honor the memory of Abigail Jones, the LA Kings Season Ticket member of the game during Hockey Fights Cancer in 2015.
-The LA Kings will recognize scout Denis Fugere, who is personally engaged in the fight again cancer.
-The LA Kings will donate $500 to Amgen’s Breakaway from Cancer for each goal scored at home during the month of October. To date, the Kings have donated $3,000. 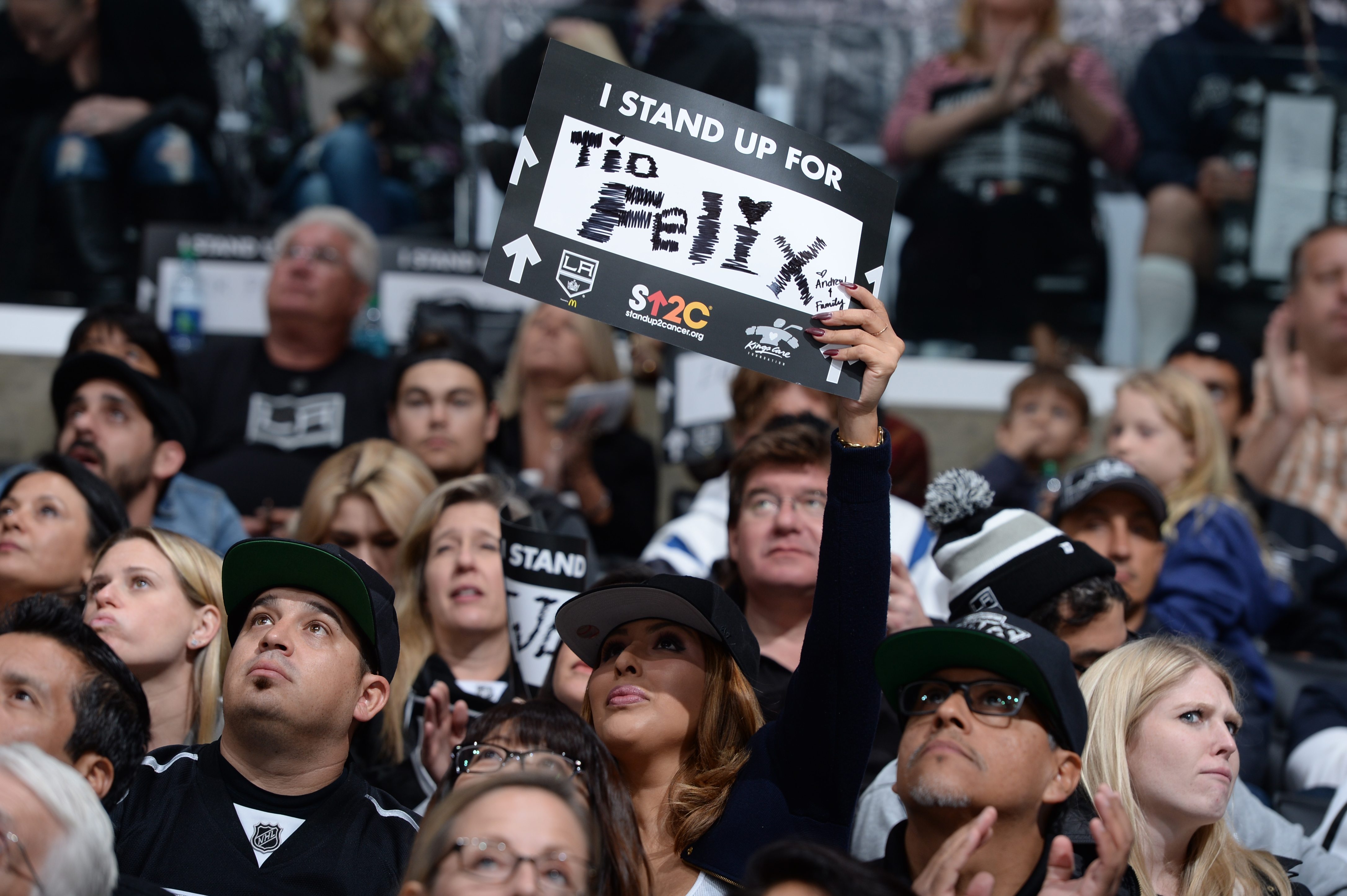