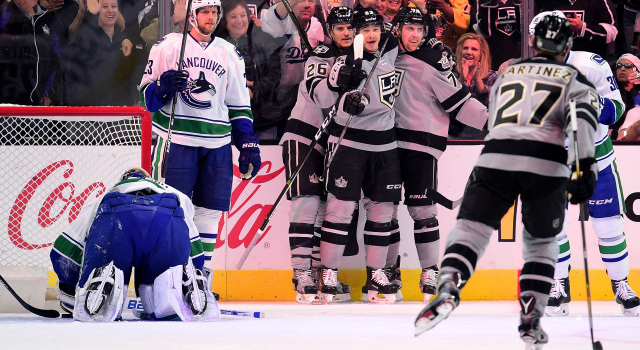 Through five games, it’s still too early to get a good feel for the Kings’ power play, which checks in at 14th in the league with a 17.6% success rate.

But, interestingly, it has been the power play’s second unit – not the one that boasts international stars such as Drew Doughty, Anze Kopitar and Jeff Carter – that has supplied an added punch. In each of the last two games, Los Angeles has relied on goals from a unit currently filled out by Tanner Pearson, Nic Dowd, Dustin Brown, Alec Martinez and Tom Gilbert.

“I mean, I’m not going to compare us at all. The players that are on their unit are, like you said, elite, world-class players,” Dowd said.

As Dowd relayed, the ability for his unit to succeed is based on simplicity, and that starts with winning an offensive zone faceoff. To date, he’s won 15 of 29 this season.

“Marty got off the wall, gave it back to me, and I gave it back to Marty. He shot it, and we scored on a rebound. It took us all of 10 seconds, so I think the less time we spend hanging on to the puck the better, the more shots that we can create, the more second opportunities,” he said of Tanner Pearson’s goal against the Canucks.

In three games since being inserted into the lineup, Dowd now has one goal and one assist – a second assist was deleted on Saturday and assigned to Brown – and has shown a good motor getting up and down the center of the ice. He’s averaging just 10:17 of ice time, least among team centers, but provided the first goal scored by a player outside of the team’s top-six when he scored against Dallas last Thursday.

At even strength, he was +9 in Corsi events during five-on-five play at Dallas and +6 at home against Vancouver, so he’s been holding his own when flanked by Brown and Andy Andreoff at even strength.

“I think all three guys are playing well,” Dowd said. “I think it’s helped that our defensemen are playing really well. They’re getting us the puck and allowing us to get out of the zone and go play in the zone we want to play in – the offensive zone. I think obviously playing with Brownie, he’s been around a long time – that helps. It’s a good veteran presence, and I think Andy and I are playing well together and working out a little chemistry. I think he prefers the wing. I prefer the center, so it works out pretty well.”

He’s also learned that more than the sheer strength of the players, it’s more about the nuanced poise and decision-making that separates NHL players from those in the AHL.

“I just think guys are smarter, guys play their angles better in the NHL and they cut off those passing lanes better,” he said. “You’ve got guys that are technically specialists up here on the penalty kill, and I just find that it’s harder to make those seam plays and put pucks through guys as it was in the American League level.”

Speaking of the AHL level, several members of the Kings, including Dowd, will be familiar with tonight’s opponent, the Columbus Blue Jackets.

Their combined total career usage against the Blue Jackets is all of five minutes and 24 seconds, logged last season at Nationwide Arena by Derek Forbort, who was actually scheduled to make his NHL debut in Ohio’s capital city two seasons ago before his flight couldn’t leave Boston because of snow delays.

But Dowd and Forbort did appear for the Ontario Reign in last season’s four-game Lake Erie sweep in the Western Conference Final of the Calder Cup Playoffs. The Monsters went on to win the Calder Cup, and four players currently on Columbus’ roster – Zach Werenski, Sonny Milano, Josh Anderson and Lukas Sedlak – skated with the Calder Cup around Quicken Loans Arena last spring.

“I thought they were a really deep team. I mean, they had four lines that were really high-end, really good players,” Forbort said. “The series was a little closer than what the numbers said. It was tough and it wasn’t fun, that’s for sure.”

Werenski, who signed with Columbus in March after two seasons at the University of Michigan, was an integral part of that Monsters postseason run and leads all rookie defensemen (and the Blue Jackets) with five points in four games. Dowd referred to him as “a highly skilled defenseman.”

“Likes to get up in the play, join the rush, and he’s pretty creative in the offensive zone. That communication in the D-zone will be pretty crucial,” he said.

The 19-year-old Werenski will be one of several sprightly players that have formed one of the youngest cores in the NHL. Though QuantHockey.com lists the Blue Jackets as the fifth-youngest team in the league, and the Kings the second-oldest, age ain’t nothing but a number – and maybe a misleading one, according to Darryl Sutter.

“I think they’re still a veteran hockey club,” Sutter said. “I think they put the two young guys in on defense, which wouldn’t be much different if we had Forbort and Brayden, which are both, if you look, the same age as those two guys they put in. So not a whole lot of difference, when you look at it, in terms of experience. Everybody now, you take an 18-year-old or a 19-year-old, and then you take a 35-year-old, and you take them out, everybody’s in that 26-to-28 [range]. There ain’t no difference. That’s like saying you’re 21 and 11 months or 21 and one month. Not much difference in age in this league.”

Nic Dowd, on what made Lake Erie effective in last year’s playoff series:
They had a lot of speed. I thought they were a pretty deep team, too. I thought all four lines were good, and then I thought they were really opportunistic. I don’t think we gave them a whole lot. They had the odd-man rushes. The power plays they had, they scored on, so I thought that was the difference in the series.

Forbort, on any challenges returning to in-season action following a Calder Cup spring:
I wouldn’t really say that, just because it was an American League title, so you’re still trying to get to the NHL level. So you’re still very motivated, and you still had two and a half months of training. But compared to other guy, I’m sure they were maybe a little more fresh. I didn’t really notice too much, as far as that goes. 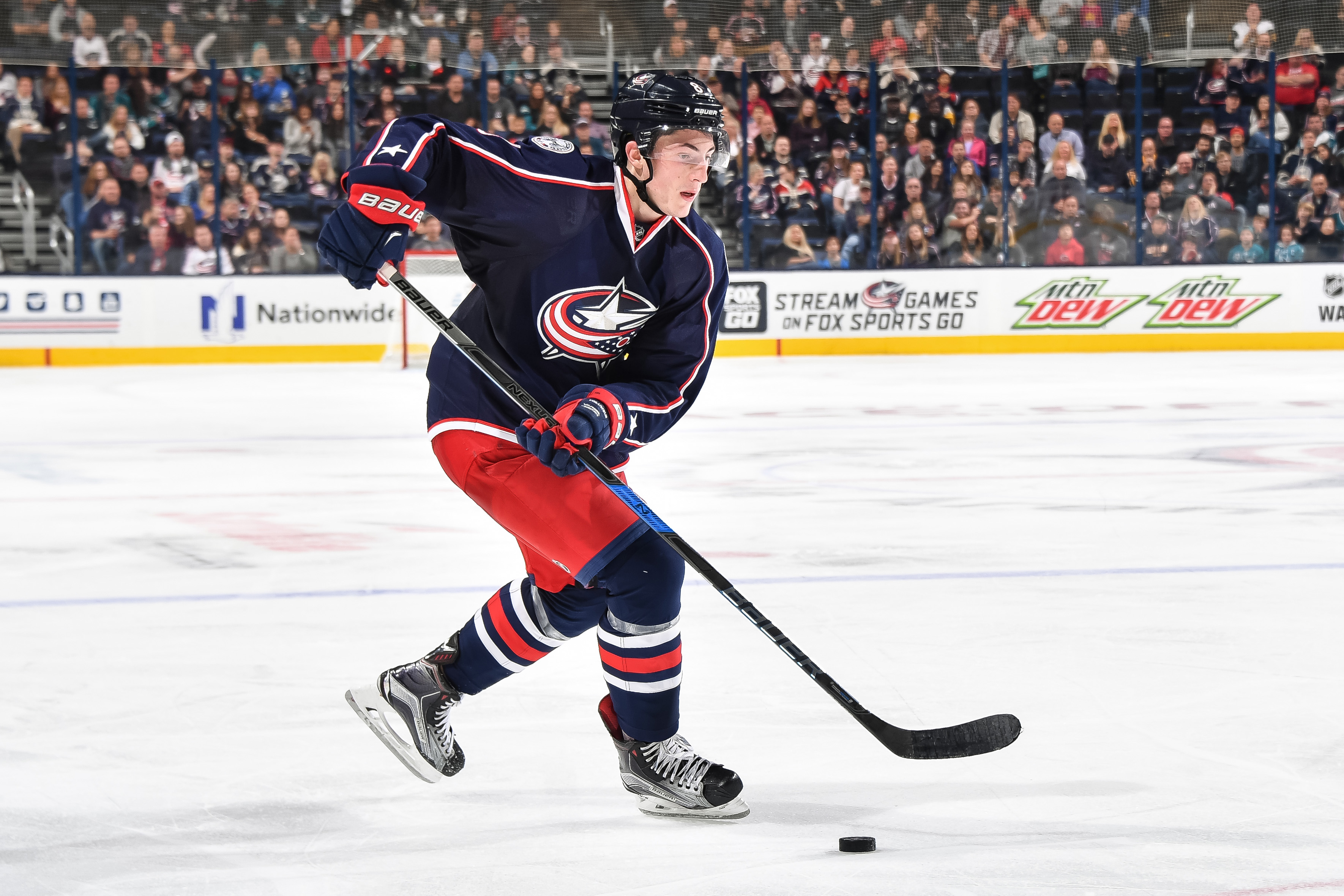