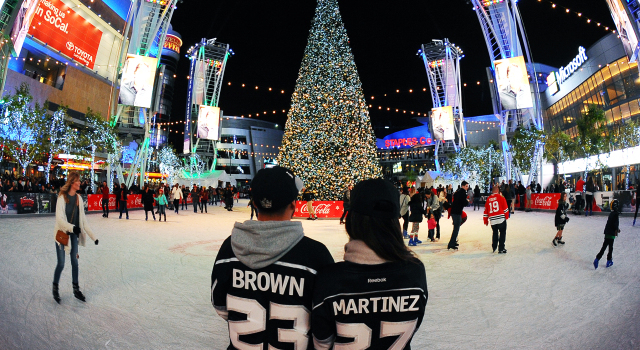 In honor of the changing of the seasons, the Kings unveiled a collection of outdoor ice rink locations throughout the L.A. area during a press conference aboard the Battleship Iowa in San Pedro on Monday. The battleship will also serve as one of the outdoor rinks, which is pretty awesome. (When I was working in the WHL, we very lightly kicked the tires on hosting an outdoor game aboard the U.S.S. Abraham Lincoln, which had been docked at Naval Station Everett; the Carrier Classic then christened the dual-purpose use of aircraft carriers as sports arenas.)

Apologies for the digression. The details of the local rinks are below, courtesy of the Kings.