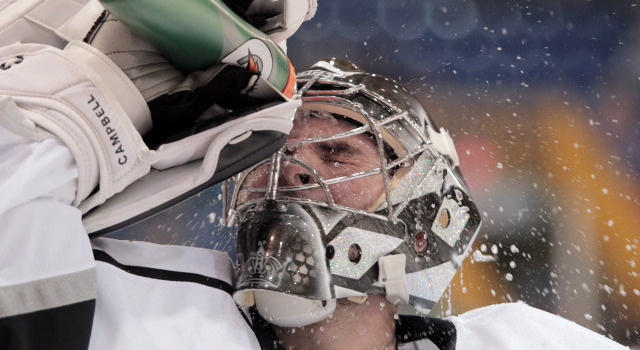 As expected in the wake of Jeff Zatkoff’s groin injury at today’s morning skate, the Kings recalled Ontario’s Jack Campbell on an emergency basis. The 2010 first round draft pick will back up Peter Budaj tonight when the Kings face the Vancouver Canucks at Staples Center (7:00 p.m. / FOX Sports West / FOX Sports GO / KABC 790 / I Heart Radio).

In a corresponding move, the Kings placed Zatkoff on injured reserve.

Campbell, 24, has one game of NHL experience, a 6-3 loss in Anaheim on October 20, 2013, in which he stopped 41 of 47 shots. The recipient of the award for the best goaltender at the 2011 World Junior Championships, Campbell was also a member of the 2010 United States team that defeated Canada 5-4 in overtime in the gold medal game.

Acquired for defensive prospect Nick Ebert on the second day of the 2016 NHL Draft, Campbell is 2-0-0 with a 2.48 goals-against average, a .930 save percentage and one shutout in two games with AHL-Ontario this season.

(i)
The Paragraph 1 NHL Salary and Bonus of any Player added to the
Playing Roster pursuant to this Section shall be included in the Players’
Share.

(ii)
No Club shall be limited in the number of times it may invoke the Roster
Emergency Exception in any League Year, provided that the Exception is
at all times invoked in full compliance with this Section 50.10(e). 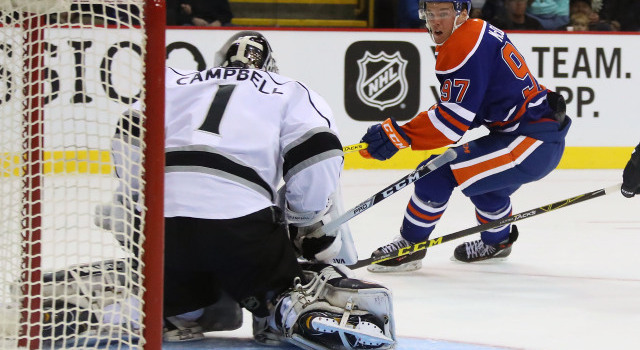