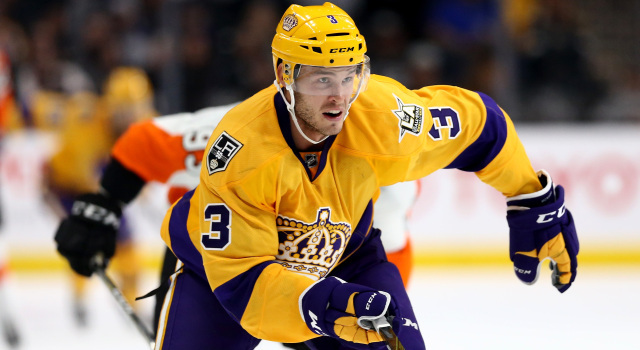 McNabb understands he’ll have to defend himself after hits

No one wants to see a player injured, but the hit Brayden McNabb landed on Patrick Sharp during the second period of Thursday’s 4-3 overtime win in Dallas changed the complexion of the game and led to raised emotion and chippiness – including 18 minutes of penalties absorbed by Antoine Roussel over the remainder of the contest.

McNabb, who issued one of his calling card-type open-ice hits near the board in the defensive zone, was dragged away from a fracas behind the Kings net one shift later by a berserk Roussel and ultimately had to defend himself for the hit when Jamie Oleksiak engaged him midway through the period.

“It’s part of the game,” McNabb said. “I know I’m usually going to have to answer the bell with hits like that. It’s something I’m used to and I’ve done my whole career, so it’s nothing really new.”

Nor is it too frustrating.

“Sometimes it sucks, I understand it,” he said. “If that happened to one of our guys, on the other side I’d want a piece of that guy, too. I get it’s part of the game and something I have to deal with.”

By and large, those familiar hits – all along the same area along the right wing boards in the Kings’ defending zone – are legal and effective. For a player who stands 6-foot-4 and weighs 216 pounds, he’s done a good job of largely avoiding the questionable hits in his NHL career, though it was perhaps a bit eyebrow-raising that he didn’t receive any supplemental discipline for a high elbow on Henrik Sedin last December. As the captain of the Kootenay Ice, a 19-year-old McNabb was suspended for a Memorial Cup game following a bad hit that sidelined Avalanche first round draft pick Joey Hishon for nearly two years.

But McNabb, who is currently paired with Drew Doughty during five-on-five play, knows that to continue to find his identity as a player in the league, he’s going to have to play the opposition’s top players hard.

“No one likes to see a teammate get hit that hard or not come back,” he said. “Even as me, you don’t like seeing guys being hurt from it, but that’s part of my game, and I’m going to have to do that to keep playing and stay in this league.”

Because Jeff Zatkoff was placed on injured reserve with a groin injury, the Kings will be rolling with Peter Budaj and Jack Campbell – the latter an emergency call-up on Saturday – for the immediate future.

“Theres nothing really you can do about it. We just have to battle through it,” Drew Doughty said. “If he happens to be out with Quickie too, then we know good Buds can play. He was one of the best goalies in the American League last year, and every time he was up here with us, he’s hard to beat in practice, and I thought he played a good game the other night. We expect him to do a great job for us, and everyone in front of him just has to step up a little bit.”

That was the case on Thursday, in which the Kings held a significant run-of-play advantage. In the last two games, they’ve recorded 150 shot attempts to their opponents’ 82.

“Yeah, that was our best game, no doubt about it, and that’s against a pretty good offensive team in Dallas,” Doughty said. “We were happy with our effort last game, and we need to build on that and get better tonight.”

They’ll face a Vancouver squad that has engineered a stingy start to the 2016-17 season.

“Well, they’re 4-0 and they’ve given up six goals against,” Darryl Sutter said.

The Canucks are likely to slot Sven Baertschi to the right of the Sedin twins at even strength, but there’s clear chemistry, whether in five-on-five play or with the man advantage, between a trio of Swedish nationals that had skated together during the four-game homestand Vancouver swept over the past 10 days.

“Obviously their top line and the Sedins and Eriksson, they played together I know in the Olympics and World Championship and such like that, so they’re obviously going to be very familiar with each other, and that’s obviously the top line for them that we need to shut down, but besides that, they’ve got some more grit in their lineup, I think,” Doughty said. “They’ve drafted some young guys like Virtanen and stuff like that who can play physical. … I expect a tough game from them.” 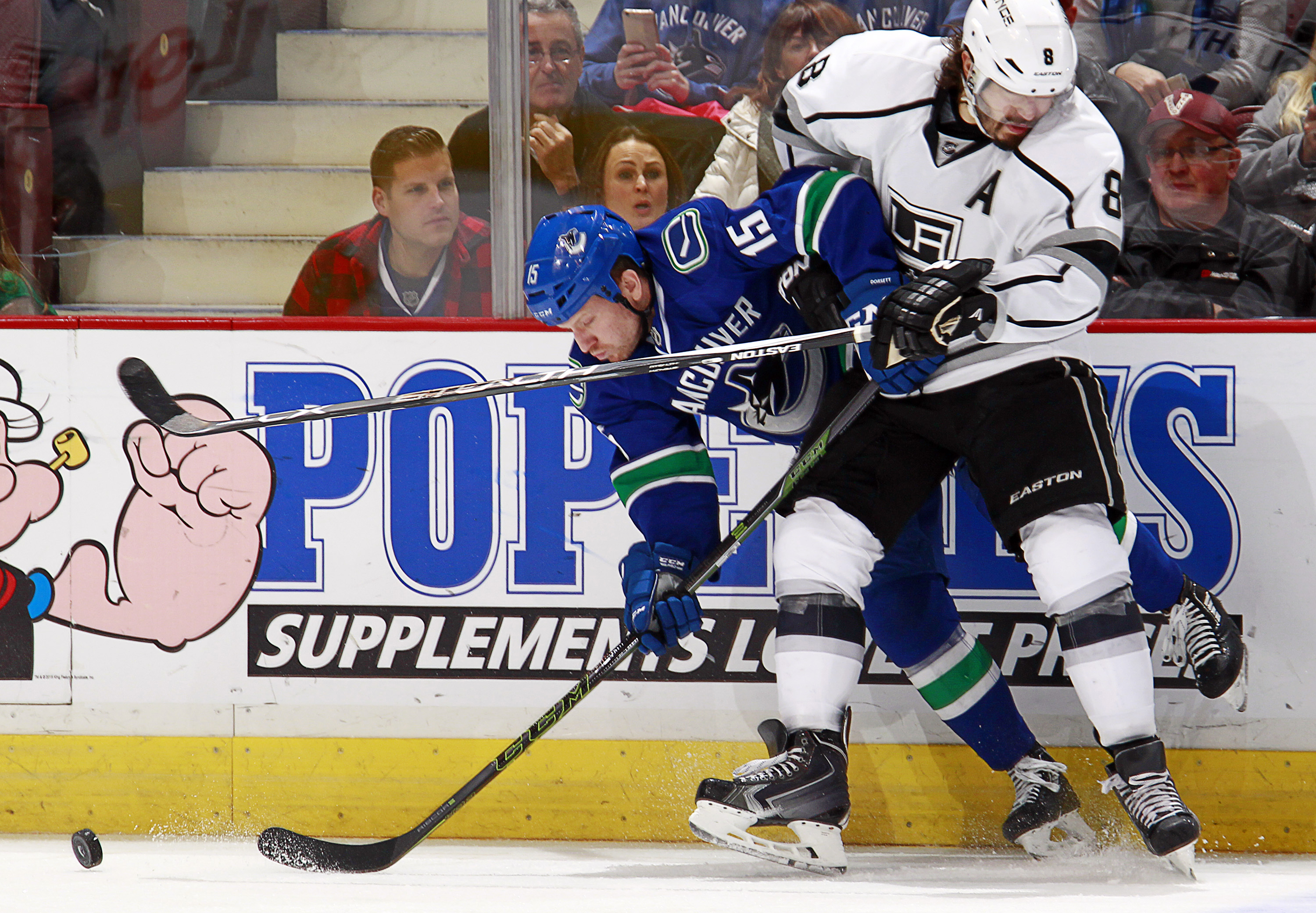