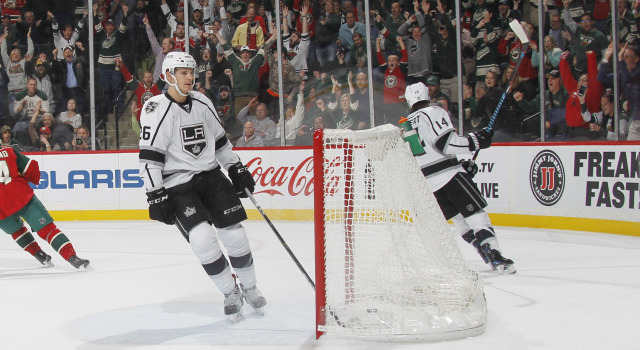 The first 50 seconds of the game couldn’t have been scripted much better for the Kings. They operated exclusively in the offensive zone, forced two icings, and after a faceoff win by Jeff Carter and a stick tie-up by Devin Setoguchi, Tanner Pearson’s quick spin and release fooled Darcy Kuemper, and after a short-side goal on the 24-year-old’s first shot of the season, the Kings provided themselves the opportunity to play with the lead on the road. That lead lasted all of 46 seconds. Credit Minnesota for some remarkably up-tempo play to advance the puck from behind their own net to a streaking Erik Haula, who beat Jeff Zatkoff between the wickets on a shot that needed to be stopped to preserve an early lead. Three posts later – two hit by Anze Kopitar, and one by Nick Shore – the Wild took advantage of a telegraphed Alec Martinez pass with 15 seconds remaining in the period, setting up an exchange from Haula to Jason Pominville in which Zatkoff again game out of his crease to challenge the shooter and was unable to stop a wristshot from the top of the left circle. Given the challenges this team is expected to have in scoring goals, and its sturdy play through 20 minutes, allowing two goals on the first five shots against is not a recipe towards winning a road game against a team that has qualified for the playoffs for four straight years. 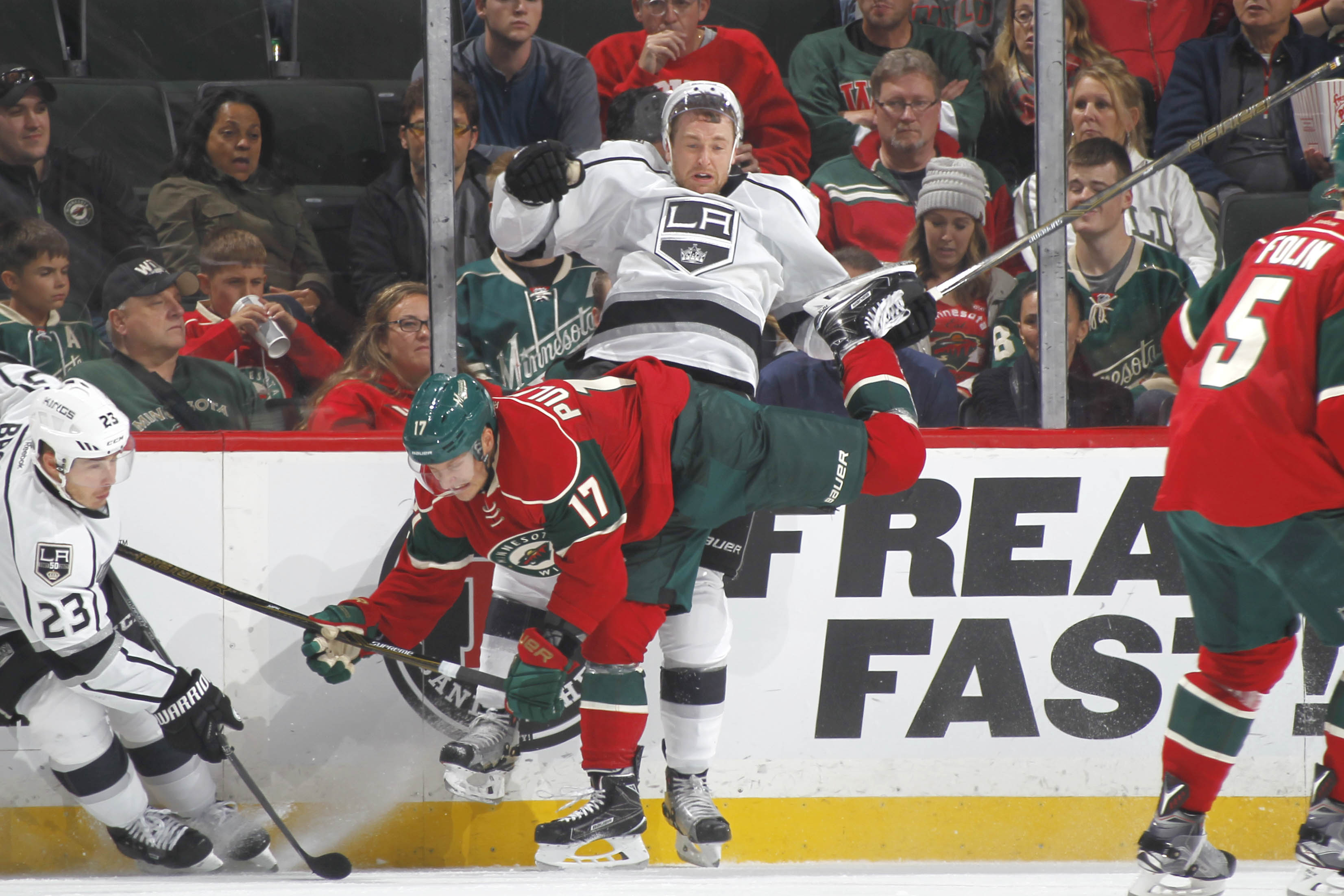 It’s three games into the season, so it still remains to be seen whether the lapses in front of the goaltender are due to typical early-season sloppiness seen around the league, or whether there are significant concerns in the team’s structure and detail, two aspects that have elevated Los Angeles above virtually all other NHL teams during Darryl Sutter’s tenure. It’s hard to find fault in “structure” when the Kings out-attempted the Wild 72-35 and owned the majority of the scoring chances, but similar to Martinez’s late-period mistake, Minnesota’s first goal represented poor neutral zone management. Ryan Suter issued an outlet to Jason Pominville, who sent a stretch diagonal pass across the width of the ice to Nino Niederreiter, who deflected the puck to a streaking Haula, who beat Zatkoff six seconds after Suter held the puck behind his own net. By the time Pominville touched the puck, all three Los Angeles forwards – Dustin Brown, Nick Shore and Trevor Lewis – were still in the offensive zone, behind the play. 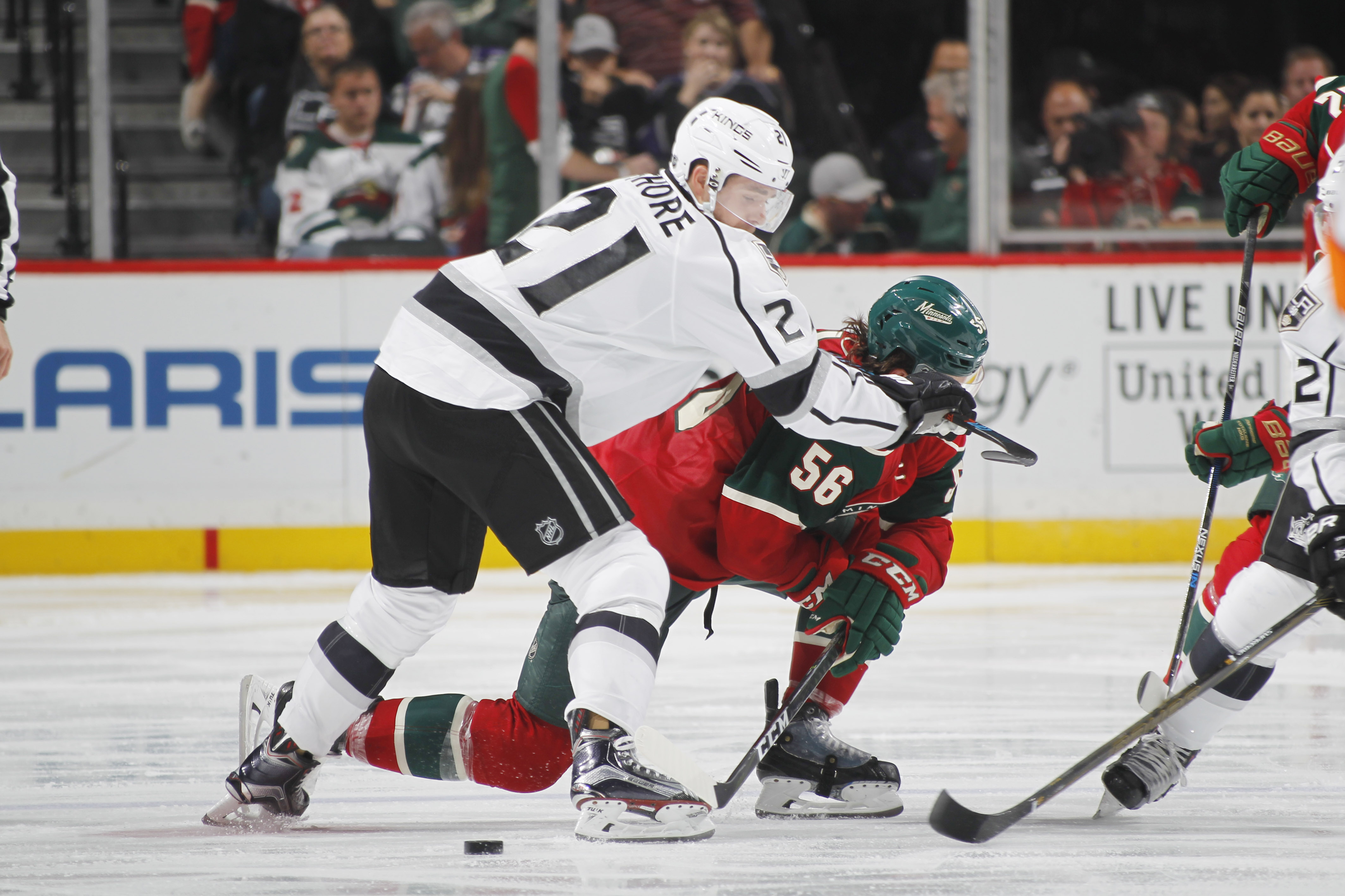 Despite the challenges inherent in a 0-3-0 start, the Kings still appear to be getting strong performances from the Anze Kopitar and Jeff Carter lines, as expected. Tanner Pearson scored twice while recording eight shot attempts and logged 16:09 of ice time without setting foot on the ice during shorthanded play. Placing Brayden McNabb to the left of Drew Doughty appeared to be a boon for the team; by Corsica’s count, Doughty (+23 5×5 CF) and McNabb (+15) led all skaters in shot attempt differential, and judging by McNabb’s 16:41 of even strength ice time – the most on either team – Sutter appeared to be content with his ability to play against the other team’s top players, a point he had mentioned after the morning skate. These individual possession numbers aren’t the gospel, of course – Nick Shore, Dustin Brown and Trevor Lewis all graded well in the black possession-wise, but were a combined minus-11 on the scoresheet – but provided a small sample to underscore the notion that the Kings will be relying heavily on their top two lines. Hey, in the end, this all could just be a fancy way of saying that with a healthy Jonathan Quick, this game almost certainly ends up in the win column. 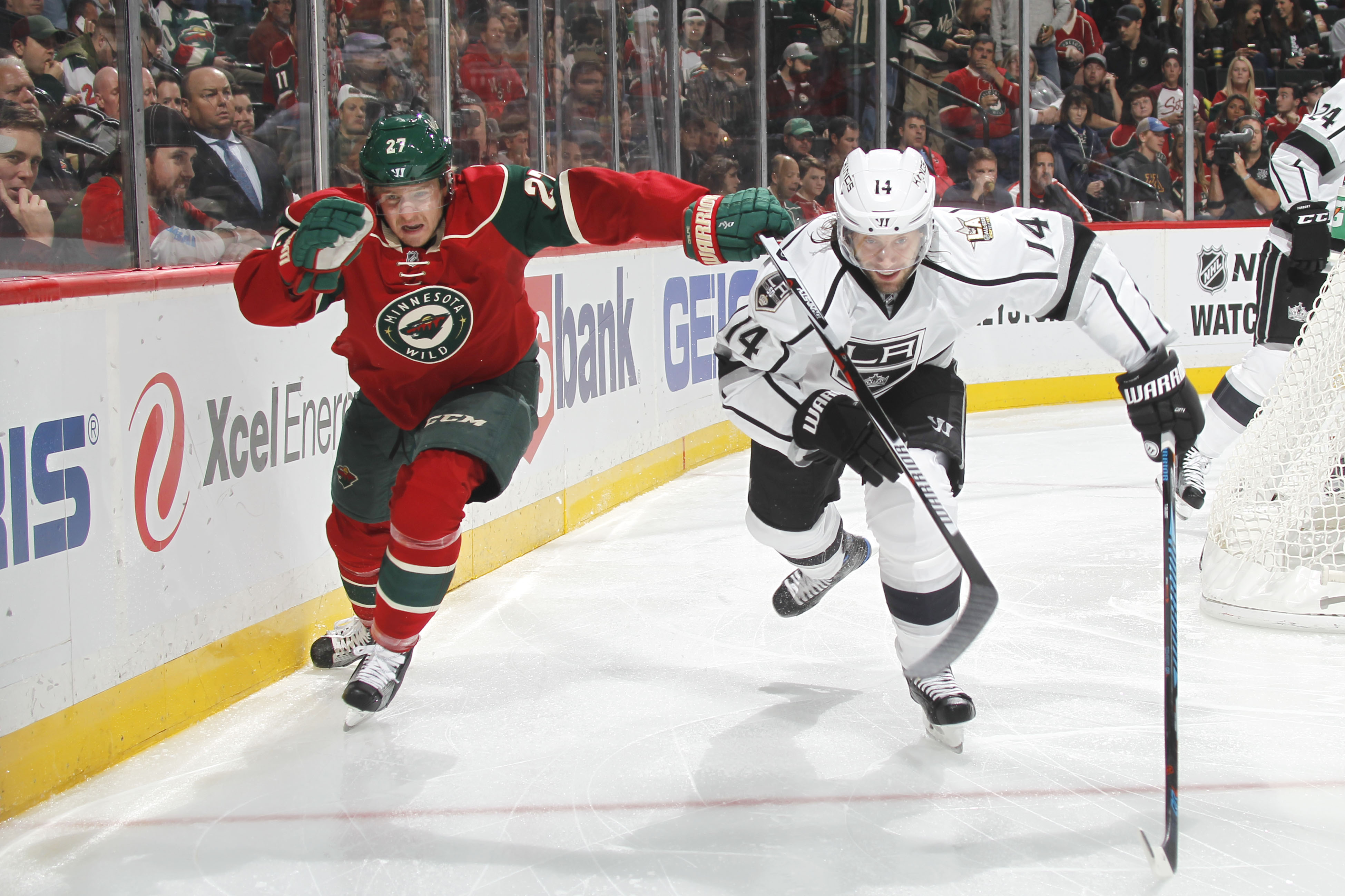